A GAP BETWEEN just dropped the title track off his guaranteed-to-be-incredible upcoming EP Summer Nightrunner.  The song is so lovely I can hardly stop listening to it, and it’s got me leaning straight forward in anticipation for the summer ahead which is also guaranteed to be incredible.  As part of International Women’s Day, A GAP BETWEEN generously gave away the track for free as a gesture of appreciation to all the women in his life: “It’s important to me, since there’s’ a lot of really important women who’ve been, or still are in my life, and have had an amazingly positive influence.” Ditto.  The intriguing lyrics to “Summer Nightrunner” read as follows:

“How far…you be taking us?
I can stand enough…and I won’t give up
Hard as it seems, I think I’d rather be like you…”

I’m not sure why but I cannot stop thinking of Donna Mills from the amaaaaaazingness that was Knots Landing, the primetime soap opera that had me tuning in week after week for so many years when I was a young tyke growing up deep in the lumberjack woods of the Ottawa Valley who so desperately needed a 60-minute infusion of early 90s glamour, early 90s Southern California cul-de-sac drama, and crazy ass early 90s eyeshadow.  This one goes out to you, Donna.  You can follow A GAP BETWEEN on Facebook, Twitter, and Soundcloud.  No word on a release date yet for Summer Nightrunner but I will definitely keep you posted. 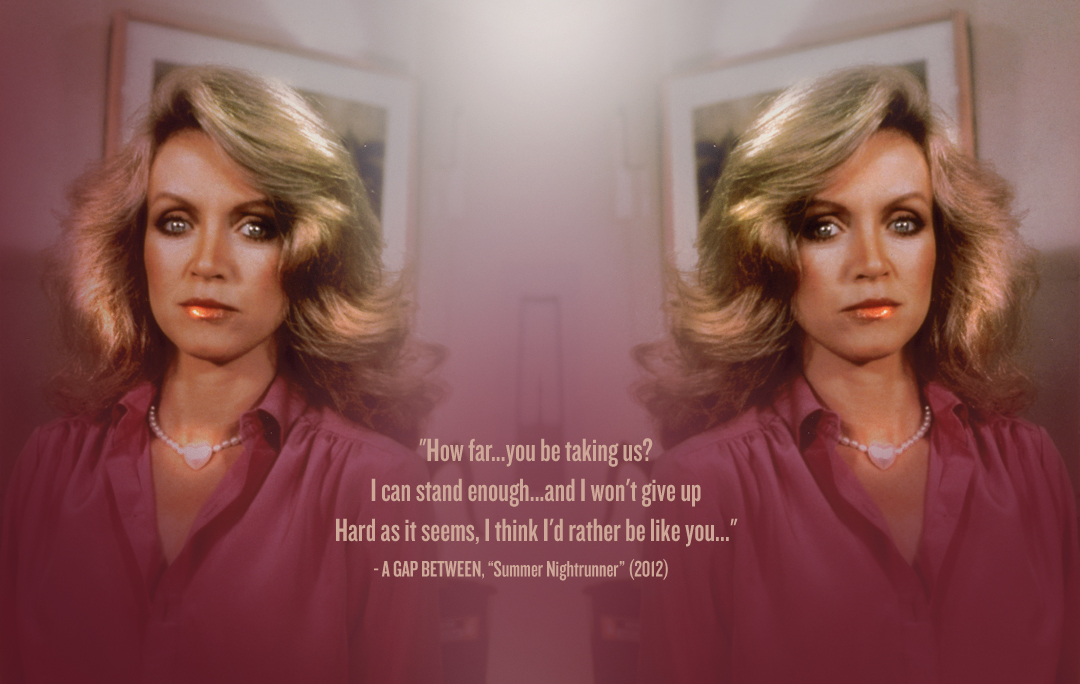