Hotel Wars: Everything You Need To Know About Where The Oscar Nominees Sleep, Drink & Celebrate

As the world’s most famous A-listers descend on the city of Los Angeles for the most glamorous weekend of the year, there comes with it an annual blitz of hotel pampering and ass-kissing that would make even the world’s richest billionaires and royal families blush with humility.  It is the zenith of hotel pampering, if you will, with logistics resembling military maneuvers and room rates spiking by 50% (none of which are available now by the way).  For what is easily the most frenetic 48 hours of the year in Hollywood, extra seamstresses are hired, top facialists are work double shifts to meet the superstars’ demands, and pastry chefs dream up desserts to congratulate the Oscar-winning guests when they return to their hotel (the Peninsula Beverly Hills has an employee texting the kitchen immediately with show updates).

Flower arrangements and goodie bags flood the most exclusive front desks around the city, so much so that the Four Seasons Beverly Hills has an entire room set aside specifically to hold them until they can be delivered.  Hotel vaults guard the ceremony tickets under precious lock and key, “Even the VANITY FAIR afterparty tickets we put in the safe; we don’t take any chances,” says Peninsula managing director Offer Nissenbaum.  So which hotel comes out on top of the race to attract the most famous guests in the world?  The Four Seasons is easily the winner, thanks to the hotel’s longtime Director Of Entertainment Sales Carol Watkins, who has carefully built the city’s most robust junket business.  Rooms are so in demand Oscar weekend that the hotel doesn’t take reservations for most until noms are announced — at which point it books based on a wait list. With just one day to go, the race is on to give guests all they expect — and beyond.  The following is a small glimpse of what takes place inside each of Los Angeles’ most exclusive hotels.

The Beverly Hills Hotel:  The iconic pink hotel is celebrating its 100th birthday this year.  Harvey Weinstein  and the cast and crew of The King’s Speech partied until the break of dawn here last year the night after their big win, and Richard Burton’s ego recovered here with Elizabeth Taylor following his loss to John Wayne for Best Actor.  Two brand new presidential suites opened here for $15,000 per night, each one coming with its own private pool.  HBO’s Executive Vice President Richard Plepler stays here, as well as director McG.  Visit BeverlyHillsHotel.com.

The Hotel Bel-Air:  Opened in 1946, the Bel-Air recently unveiled its two-year, $100 million renovation which includes a brand new Wolfgang Puck restaurant, a spa to die for, and 12 canyon-view suites with modernist interiors.  Oprah celebrated her 50th birthday here in 2004, and Bette Davis once said to a studio chauffeur who tried to take her to a competing hotel: “Take me to the Bel-Air. That’s my home, even if I have to sleep in the lobby. They’ll find me a bed.”  The hotel is famous for its $185 serving of three sirloin steaks which comes with braised wagyu cheeks.  Hillary Swank and Russell Crowe are loyal guests.  Visit HotelBelAir.com.

The Sunset Tower:  The landmark 1929 art deco hotel has a huge connection to Hollywood history.  it was once home to Elizabeth Taylor, Howard Hughes and Diana Ross, and its Tower Bar restaurant is a favorite hangout for Jennifer Aniston, Brian Grazer, Emma Stone, and GLEE creator/director Ryan Murphy.  Angelina and Brad dined with David Fincher the night before the Awards, and Michael Fassbender hit the dance floor with Channing Tatum at the CAA post-Globes party in January that went well past 3am.  VANITY FAIR holds its annual Oscar A-list-only post-telecast fest at the hotel.  The hotel is famous for its $240 four-hand massage and its two $2,500/night penthouse suites with wraparound terraces.  Tom Ford and Sean Penn are among the Sunset Tower’s regulars.  Visit SunsetTowerHotel.com.

The Chateau Marmont:  Easily the favorite hotel of the more artsy A-listers, Sofia Coppola is among the hotel’s most famous and loyal guests.  Without an approval from owner Andre Balazs and his team it is impossible to get past doorwoman Anya Varda (look for the woman wearing the evening gown and parka).  After the 2011 Golden Globes, the cast of Mad Men had an impromptu pool party, forcing Chateau staff to find 40 extra robes at 2am.  The year prior, Mary J. Blige sang her song from Precious in the lobby at a party hosted by Oprah Winfrey.  The biggest catch is the 2-story Bungalow One overlooking the pool ($2,500 per night).  Wim Wenders and Naomi Watts are regulars.  Visit ChateauMarmont.com.

The Four Seasons Beverly Hills:  The 285-room hotel is celebrating its 25th anniversary with a $35 million renovation which includes the modern Italian restaurant Culina and an amazing redo of the Windows Lounge which is where Jamie Foxx played the night before winning his Oscar.  It’s home to the annual BAFTA tea party, and The TODAY Show broadcasts its 4am Monday morning live broadcast from here.  Best known indulgence is the 90-minute $305 high tech regenerating facial.  NBC Universal execs are regulars here, as well as Colin Firth and Tom Hardy.  Visit FourSeasons.com/LosAngeles.

The Beverly Wilshire:  Built in 1928 the 258-room hotel, a Four Seasons since 1992, claims the largest concierge staff in Southern California (13), with one whose duties are entirely reserved for keeping track of the hundreds of items delivered to the hotel during Oscar weekend.  Famous for their $120 coconut pearl deluxe pedicure at the Nail Bar.  Octavia Spencer and Steve Bing are regulars, and the hotel is best known as the temporary home of Julia Roberts in Pretty Woman.  Visit FourSeasons.com/BeverlyWilshire.

Peninsula Beverly Hills:  Masters of limousine parking, the Peninsula pays for permits from the city of Beverly Hills allowing it to post no-parking signs on four surrounding streets, allowing for an incredibly efficient stream of A-lister pick ups.  They recently unveiled their $20 million refresh of their 193 rooms, villas and suites, with repeat guests getting their own monogrammed sheets, and their famous course-by-course room service delivery.  Kate Winslet, Glenn Close, Cate Blanchett, and Michael Caine are regulars.  Visit Peninsula.com/BeverlyHills.

The Sunset Marquis:  The 5-acre property recently underwent a vast $30 million reno and expansion (40 new villas added), and is a huge mecca for music industry players (their garage can fit 2 tour buses).  Danny Boyle, Pedro Almodovar and Michael Fassbender are regulars, and a favorite is the $5,000 Presidential Villa with its own dedicated staircase to the parking lot, bypassing the lobby.  Famous for their Nightbird recording studio, Drake recorded his last album here, and Ocean’s Eleven was sound-edited here.  George Clooney and Usher are regulars.  Visit SunsetMarquis.com and NightBirdRecordingStudios.com. 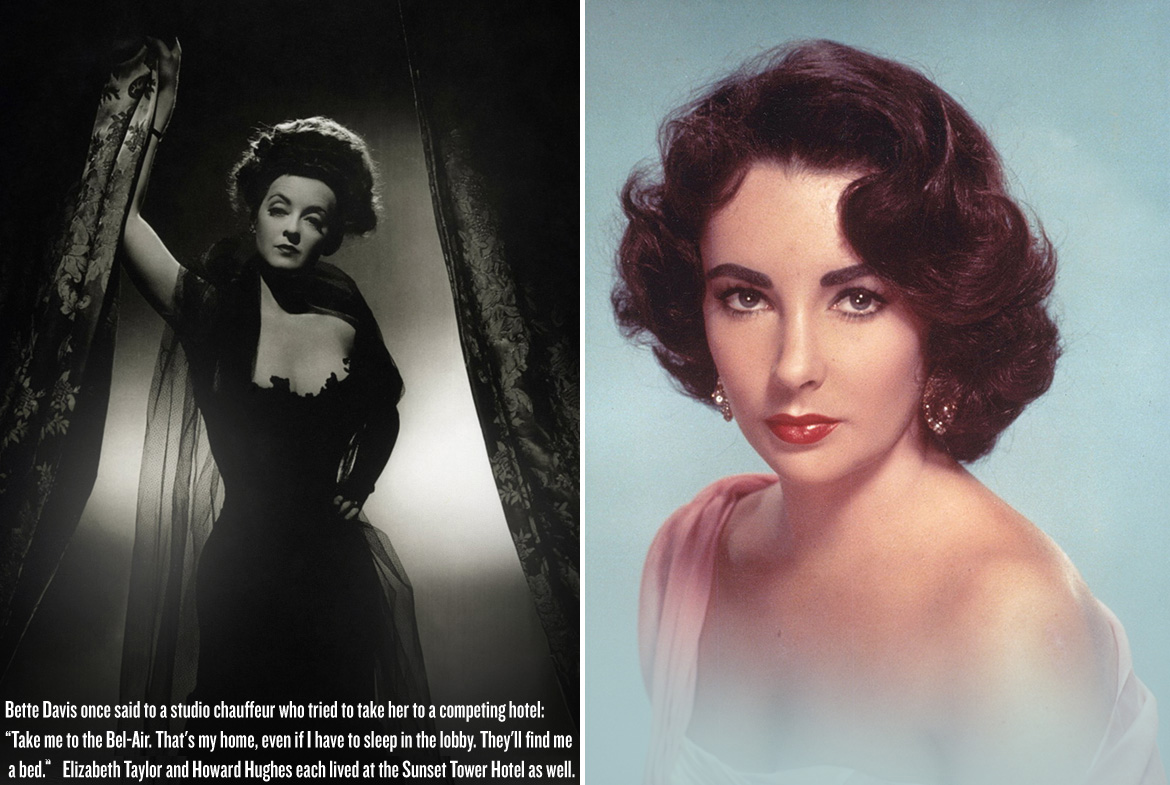 Previous post:
Megaproducer Mark Ronson On His Upcoming Rufus Wainwright Album: “It’s The Best Work Of My Life” Next Post:
Once Shrouded In Secrecy, Jaw-Dropping First Images Of Bertone Nuccio™ Supercar Are Released, Unveiling Set For March In Geneva