Edvard Grieg’s 1884 “Holdberg Suite”: An Inspiring Tribute To A Genius And The Zen & Art Of Walking

Norwegian composer Edvard Grieg (1843-1907) and I have something in common: a passionate love affair with destinationless, meandering walks.  I have written many times on FEELguide about how important these walks are to me (you can read these posts HERE), including the philosophy behind this importance often explored by philosopher Walter Benjamin and his concept of the “flaneur”.  Social and economic changes of the mid 1800s in France brought on by industrialization demanded that the artist immerse himself in the metropolis and become, in Charles Baudelaire’s phrase, “a botanist of the sidewalk … a person who walks the city in order to experience it”. The term “flaneur” was eventually borrowed by Walter Benjamin in his concepts of the urban observer as both an analytical tool and a lifestyle:

“The crowd is the flaneur’s element,
as the air is that of birds and water of fishes.  His passion and profession
are to become one flesh with the crowd.  For the perfect flaneur, for the passionate spectator,
it is an immense job to set up house in the middle of the multitude,
amid the ebb and flow of movement, in the midst
of the fugitive and the infinite.”

I could easily spend an entire day simply walking randomly through Montreal (or any city for that matter) and be in a state of total zen.  I would even go as far as saying that the majority of my encounters with zen and inner peace have taken place in either a forest or on a city sidewalk.  For those who knew composer Edvard Grieg they would each confirm the master’s similar penchant for long walks of solitude, and it was during these walks that Grieg conceived and composed many of his greatest works.  Ironically, one of these masterpieces was dedicated to the wealthy humanist playwright and historian Ludvig Holberg (1684-1754), a fellow lover of walking himself.  Holberg was an insanely rich man during the later years of his life, so he could have easily afforded to be charioted around Copenhagen in any manner he could have dreamed of, but no — he insisted on walking everywhere he went.  Yup, my kind o’ guy.  Grieg so admired the work of Holberg that he composed his now famous 1884 Holberg Suite  (more properly known as From Holberg’s Time),  as a tribute to his personal hero for the 200th anniversary of Holberg’s birth.  The Holberg Suite is a suite of five movements based on eighteenth century dance forms and you can learn more about this extraordinary piece of music by CLICKING HERE.  It also goes great with your iPod and a long zen-like stroll through your city streets.  For more great backstories such as this be sure to listen to CBC Radio 2’s SHIFT With Tom Allen by visiting the show’s website HERE and follow SHIFT on Twitter.

SEE ALSO: Philip Glass Can Turn A Simple Stroll Into A Spine-Tingling Cinematic Experience
SEE ALSO: Fascinating Look At How The Internet May Be Jeopardizing The Future Of Serendipity 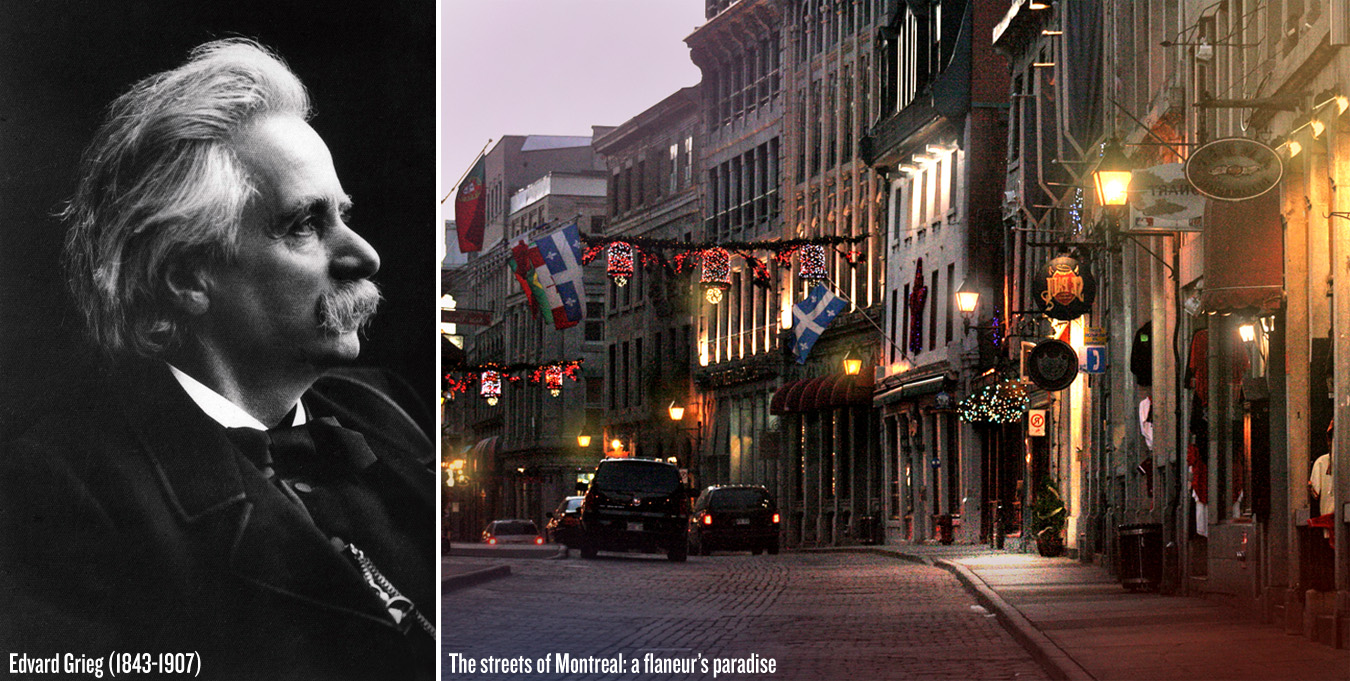