The Ride Of A Lifetime: VANITY FAIR Tells The Fascinating Story Behind The Making Of “Thelma And Louise”

First published in VANITY FAIR (March 2011) by Sheila Weller ☛  Callie Khouri’s first screenplay came from deep within: she knew what could happen to two women in a car—when some guy pushed them too far. The last thing she expected, in the spring of 1988, was that the macho Ridley Scott would want to direct it, or that a bevy of Hollywood’s top actresses would want to star. Thelma & Louise, as Sheila Weller recounts, was a full-throttle, white-knuckle triumph for those who got it (from Susan Sarandon and Geena Davis to a virtual unknown named Brad Pitt) over the many who didn’t.  It was one of those wee-small-hour-of-the-mornings in L.A., in the spring of 1988, and Callie Khouri, a 30-year-old music-video line producer, was driving home from work to her apartment in Santa Monica when her tired mind caught fire. “Out of nowhere I thought, Two women go on a crime spree. That one sentence! I felt the character arcs—I saw the whole movie,” she recalls, sitting in the Beverly Hills Hotel Polo Lounge 22 years later.

No longer the rebellious spitfire she was then, Khouri today is an established screenwriter and director (Mad Money, Divine Secrets of the Ya-Ya Sisterhood) and the wife of Oscar-winning songwriter and producer T Bone Burnett.  In a city where every cater-waiter had a script in a drawer, Khouri had never tried to write a screenplay. She had, though—after a childhood in Texas and Kentucky, as the daughter of a Lebanese-American doctor and a southern belle, and three and a half years at Purdue—studied acting and done a little theater.  And yet, as she drove that morning, she says, “I saw, in a flash, where those women started and where they ended up. Through a series of accidents, they would go from being invisible to being too big for their world to contain, because they’d stopped cooperating with things that were absolutely preposterous, and just became themselves.”

Over the next six months, Khouri spent all her spare time getting her vision on paper: Two Arkansas women—lower-middle-class, with no status, no entitlement, both in far-from-perfect relationships—drive off to spend a couple of days at a borrowed fishing cabin. They stop at a roadhouse and have a few drinks. Then, suddenly, things get out of control, and one of them shoots and kills the man she catches in the act of raping her friend. Their innocent weekend turns into a headlong, obstacle-pocked getaway, but as their desperation grows, so does their exhilaration. “I don’t remember ever feeling this awake,” one of them marvels as law enforcement descends. Khouri wrote the screenplay in longhand at odd hours and typed it out on her office computer.  You can read the rest of the story, including how Ridley Scott came on board the project, by visiting VANITY FAIR. 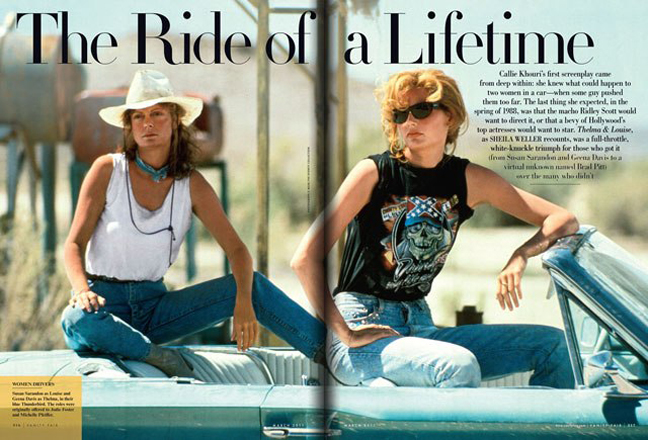 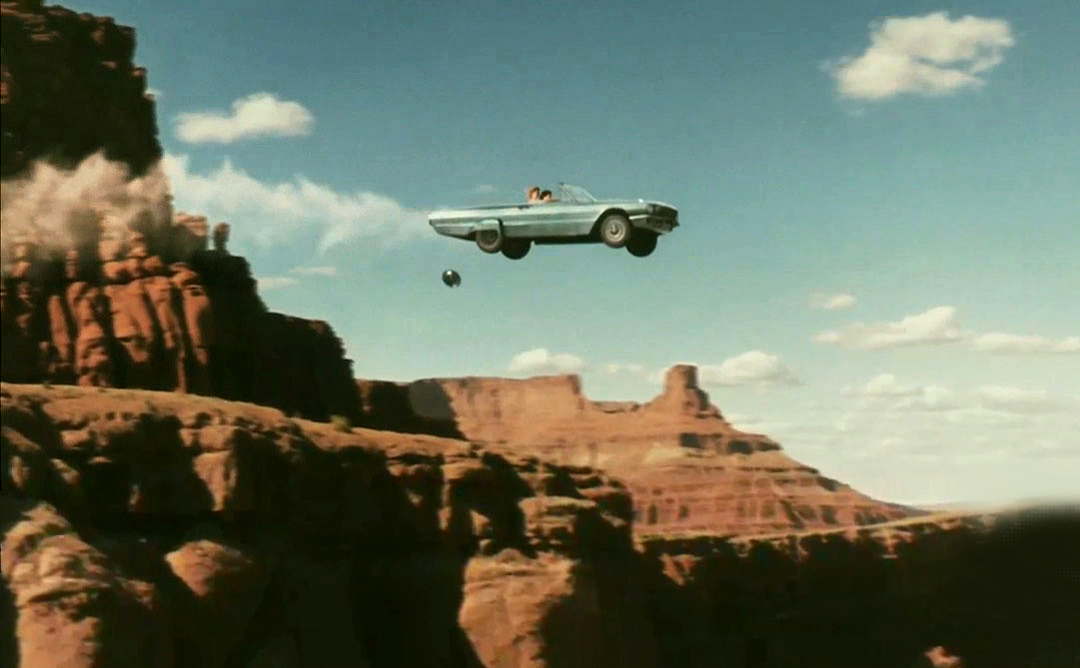