First Aid Kit is the folk/acoustic/country duo from Stockholm, Sweden fronted by Johanna and Klara Söderberg, and these two amazing creatures instantly captured my heart within seconds of listening to and watching their brand new video for “Emmylou”.  They’re also the pair responsible for one of the most incredible acoustic covers of all time with their rendition of Fleet Foxes’ “Tiger Mountain Peasant Song” back in 2008 (in case you’re one of the few who has not yet seen it I’ve attached it below as well).  The massive viral success of that cover led to their critically acclaimed (and gorgeous) full-length EP entitled The Big Black And Blue (you can pick up your own copy via iTunes), and now these heavenly angels are back with their brand new sophomore album The Lion’s Roar.  The title track was released recently and was wrapped up in a beautiful Narnia-esque video, and last week they released their gorgeous new video for “Emmylou”, a musical tribute to their country music heroes: June Carter, Johnny Cash, Gram Parsons, and the amazingness that is Emmylou Harris.  The video was shot in California’s Joshua Tree National Park, the ohhhhh so gorgeous playground of mysticism, spirituality, and sublime natural beauty, and is accented with some beautiful native symbolism, magic smoke, and some absolutely stunning shadow play.  You can pick up your own copy of The Lion’s Roar by visiting iTunes, and you can also follow First Aid Kit on Facebook, Twitter, and their website ThisIsFirstAidKit.com.  The video for “Emmylou” was directed by award-winning director Maximilla Lukacs, and you can learn more about Lukacs’ work by visiting her Vimeo channel as well as her website at Maximilla.com.  And I’ve also attached one of my favorite (and yes — gorgeous) Emmylou Harris songs entitled “Sweet Old World” from her phenomenal 1995 album Wrecking Ball.  For all things Emmylou Harris be sure to visit EmmylouHarris.com. 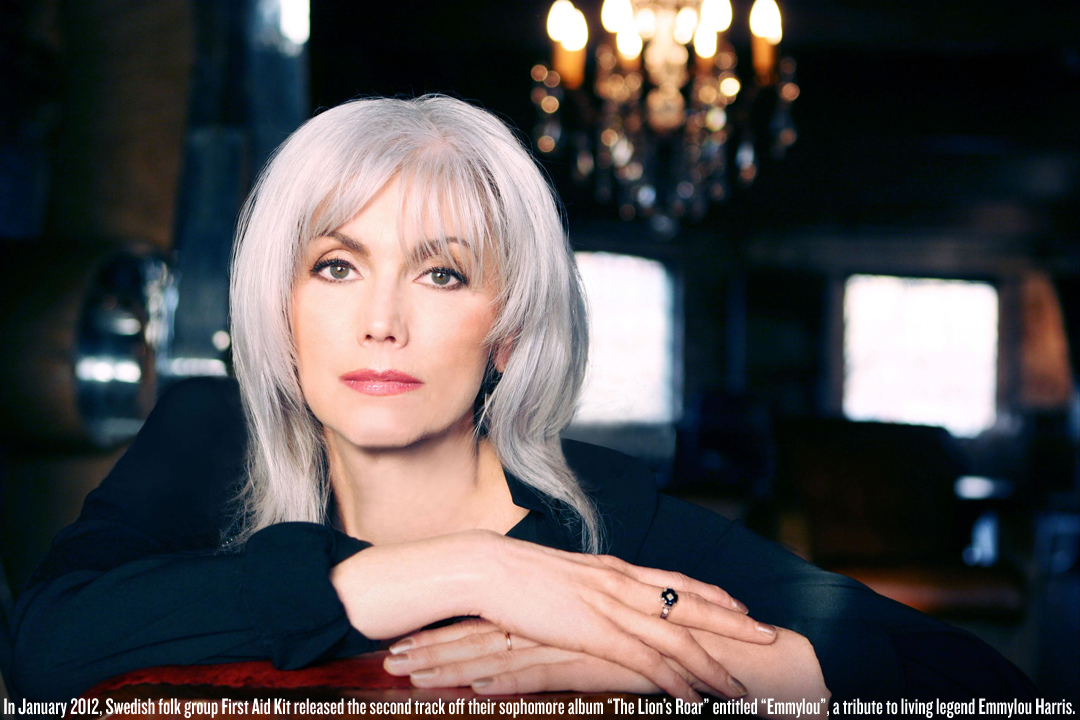