As the story goes, when Seattle’s own Mike Hadreas and his Perfume Genius music project was set to take the stage in the fall of 2010 as part of the celebrations of Matador Records‘ 21st birthday concert in Las Vegas, he was dealt an unfair hand.  A softer, more subdued and sombre kind of act, Perfume Genius was slated to hit the stage immediately following the crazy showmen and experienced noisemakers The Jon Spencer Blues Explosion.  By the time JSBE wrapped up, the crowd was totally wired and pretty much vibrating with energy.  A very nervous situation for Mike who is apparently still learning the art of performance, and is typically accustomed to very small and very relaxed shows.  As the gods of music would have it, the audience was completely hypnotized by the gorgeousness that is Mike and his Perfume Genius.  I am listening to his brand new album Put Your Back N 2 It thanks to the team at SPIN, and I am being blown away by this guy in a major way.  To get a waft of this genius’s musical scent and stream the album in full simply CLICK HERE. You can also follow Perfume Genius on Facebook and MySpace.  For the story behind the album be sure to visit Matador Records.  You can also check out his recently released video for the song “Hood” below, which co-stars porn star/bear icon Arpad Miklos.  Put Your Back N 2 It is set for release on February 21st via Matador.  Furthermore, Mike’s jarring 2010 debut album, Learning, was called “an album of rare, redemptive beauty.  One of the most uniquely endearing and quietly forceful debut albums of recent years” by Drowned In Sound, and you can pick up your own copy on iTunes. 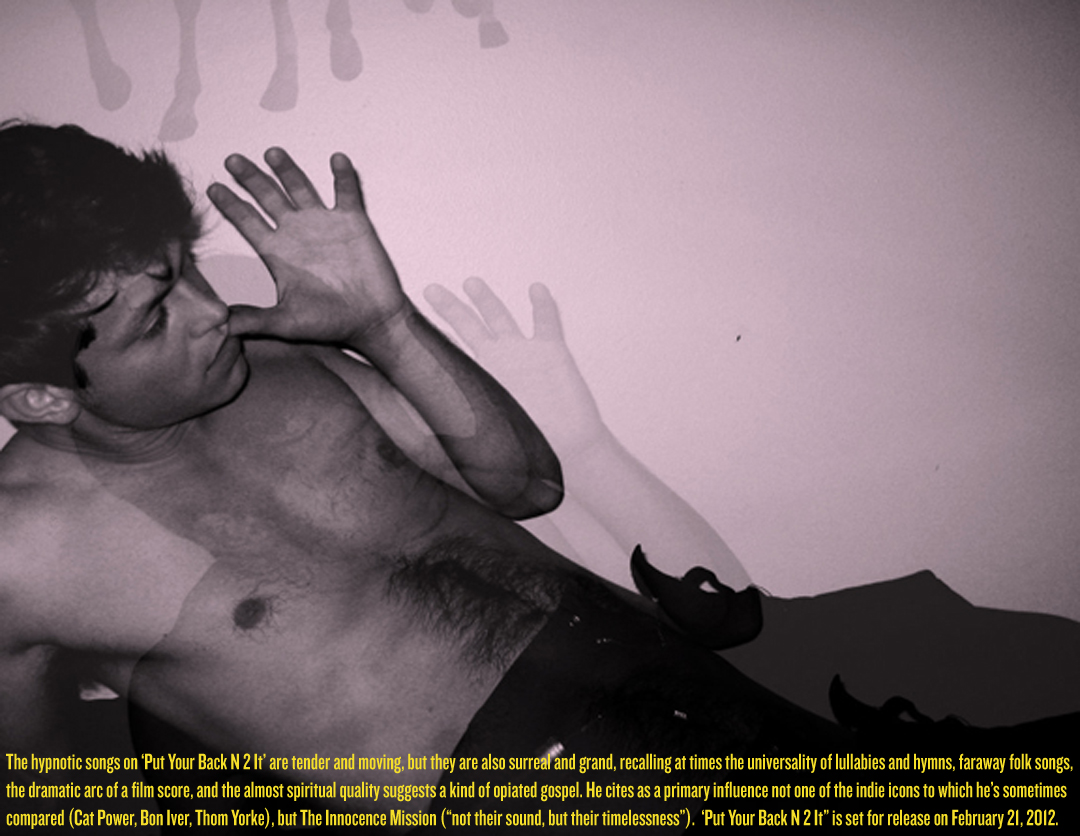 Previous post:
Genie In A Bottle: Meet Dez Duron, The Hottest (And Sweetest) Singing Football Player In The Entire Universe Next Post:
The Incredible Story Of Giuseppe Verdi’s 1896 Passion Project: A Home For Down And Out Musicians