The Incredible Story Of Giuseppe Verdi’s 1896 Passion Project: A Home For Down And Out Musicians

I was listening to CBC Radio 2’s SHIFT With Tom Allen this morning and was once again captivated by this master storyteller and humanizer of classical music.  In case you weren’t aware, every weekday from 9am to 3pm are six hours of some of the best classical music tales and backstories care of CBC Radio 2’s TEMPO hosted by the AMAZINGNESS that is Julie Nesrallah from 9am to 1pm EST, followed by Toms’ show SHIFT from 1pm to 3pm EST.  Simply visit CBC Radio 2 by CLICKING HERE and click on the yellow speaker icon beside whatever timezone you like in the grey box on the left hand side of the screen, and let these two phenomenal hosts take you away for a daily adventure in the endlessly incredible world of classical music.  I don’t know what I would do without these two during my week mornings, to be perfectly honest.  This morning Tom shared a fascinating story of Giuseppe Verdi (1813-1901), the iconic Italian Romantic composer most famous for his operatic masterpieces such as Rigoletto, Nabucco, La Traviata and Aida.  These masterworks continue to dominate the standard opera repertoire in 2012 — a century and a half after their composition.

Tom’s story centered on Verdi’s one true passion, and believe it or not it wasn’t opera.  Nope, according to those who knew Verdi best, this immensely gifted composer was overcome with another passion project: his Casa di Riposo per Musicisti in Milan.  The home was founded by Verdi in 1896 as a retirement home for elderly musicians and opera singers who either did not manage to attain wealth and notoriety, or who simply were careless with their finances throughout their life.  In the last years of his life, Verdi wrote to his friend Giulio Monteverde: “Of all my works, that which pleases me the most is the Casa that I had built in Milan to shelter elderly singers who have not been favored by fortune, or who when they were young did not have the virtue of saving their money. Poor and dear companions of my life!”  Construction began in 1896, and one year prior Verdi made provisions in his will to fund the Casa after his death, bequeathing the future royalties from his operas to the Casa di Riposo per Musicisti Fondazione Giuseppe Verdi.  Construction was completed in 1899, but Verdi did not want any residents to move in until after his death (worth noting is the fact that before construction had begun on the Casa di Roposo, Verdi had already built and funded a large hospital in the area to care for the local community).

An amazing legacy to to an equally amazing genius.  To learn more about the life of Giuseppe Verdi CLICK HERE.  You can follow SHIFT With Tom Allen on Twitter, and TEMPO With Julie Nesrallah on Twitter.  A documentary film about life in the Casa di Riposo, Il Bacio di Tosca (Tosca’s Kiss in North America), was made in 1984 by the Swiss director Daniel Schmid. 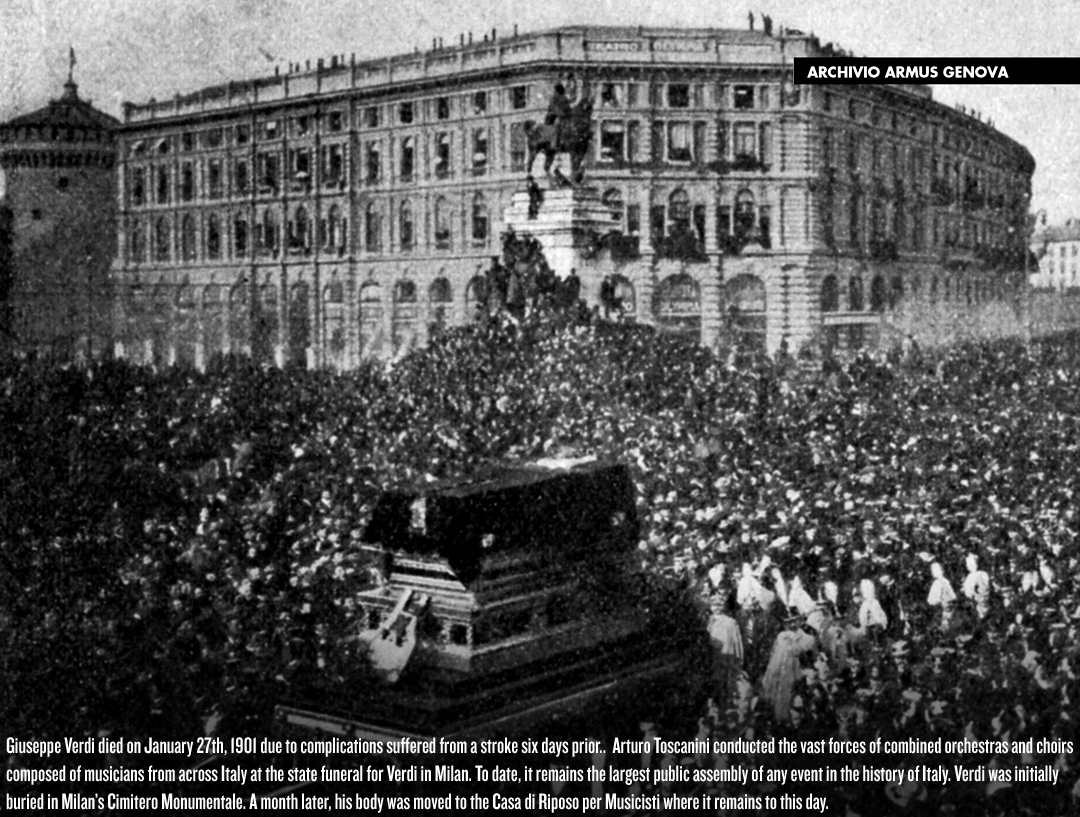