“Pink is the new black.”  Or is it: “Yellow is the new black”?  It seems that no matter what year, decade, or century it is, the color black has always been a major presence in fashion.  Black is the color of objects that do not emit or reflect light in any part of the visible spectrum — they absorb all such frequencies of light, and these objects are the purest absence of all color.  White, by contrast, is the presence of all colors of the visible spectrum at once.  When I was deep in my architectural education in university I once had a very well-informed fashion designer/intellectual explain to me the three pillars of fashion: color, contrast, and materiality.  It was also this very same school where at least 3/4 of the faculty were proponents of all-black attire, and it was my first encounter with the prevalence of the color black and its mysterious connection to something much bigger than fashion itself.  INTELLIGENT LIFE recently took on the mystery in a fascinating column by Rebecca Willis entitled “Why Is Black Addictive”, and the following is an excerpt:

“…To do that means asking some other questions about black’s significance in our society generally. How is it that black can betoken both oppression (the Nazis and Fascists) and also the rebellion of youth (punks and goths)? How can it be the distinctive feature of religious garments (nuns, priests, Hassidic Jews), and also of rubber and bondage fetishists? Why is it the uniform of dons and anorexics alike, of waiters and witches, of judges and suicide-bombers? No colour performs so many duties, in so many fields of clothing—smart, casual, uniform, anti-uniform—as black does. It is uniquely versatile and flexible. How, exactly, does my friend and ally pull that off?”

“…This symbolism has existed since the dawn of time; or rather, since just before it—the word “dawn” is telling. Darkness came first. Then the Big Bang—or God, or possibly both, according to taste—made light out of the darkness. Light is the life force and without it things will die. Just as birth is about light—leaving the womb, opening our eyes—so darkness is about death, a final closing of our eyes, a return to the earth. The association between black and death is part of our natural world. The human animal has a primeval fear of the dark, because it robs us of our sense of sight; the late novelist Bruce Chatwin tried to explain this by suggesting that we were preyed on by an unknown creature during the night.”

“…In the 1920s, the rehabilitation of black was accelerated by Coco Chanel’s little black dress; American Vogue said, presciently, that the LBD would become a ‘uniform for all women of taste.’  But even in my grandmother’s day, black was still not really regarded as day-wear. Widows still wear black in rural Latin countries, but elsewhere it has been largely freed from its typecasting, and today legions of us are happiest wearing what was, until relatively recently, the colour of unhappiness.”

You can read the entire column by visiting INTELLIGENT LIFE, and be sure to follow the magazine on Facebook and Twitter, and their main site at MoreIntelligentLife.com.   For all my favorite INTELLIGENT LIFE features which I’ve profiled on FEELguide CLICK HERE.  For more great stories from the fashion world be sure to visit FEELguide Fashion.  And for another brilliant essay on the history of black you absolutely must visit Golden Fingers. 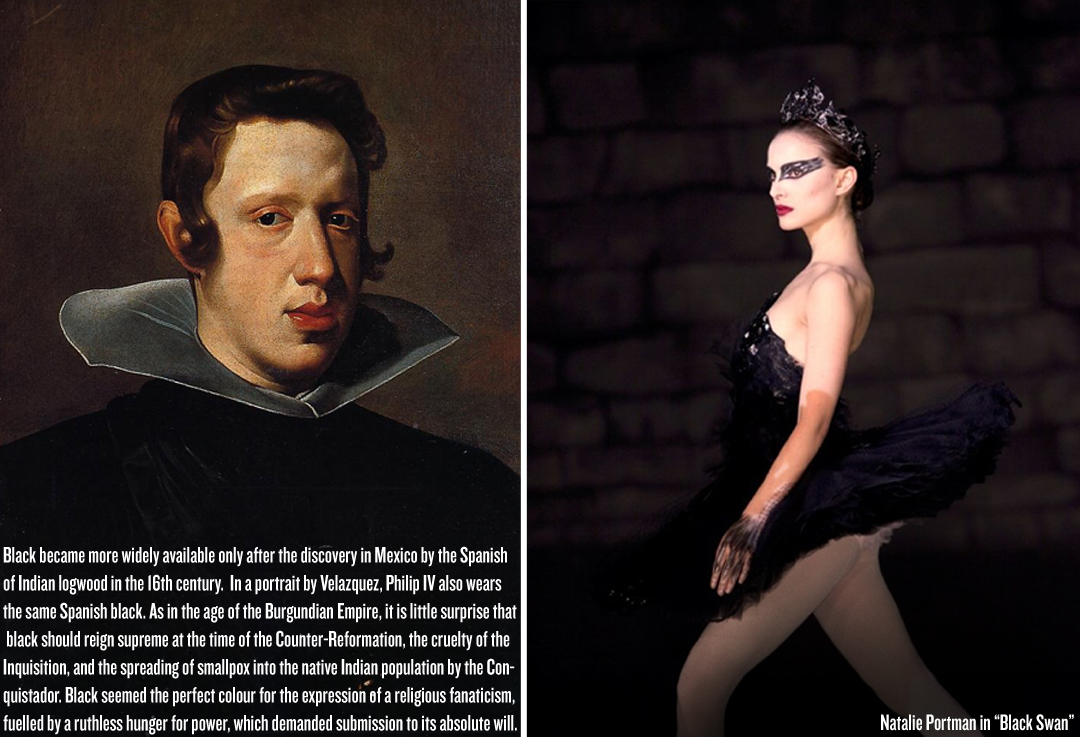