MONTAG is one of Canada’s premier electronic pop artists, and after three years of developing a range of exciting personal side projects, he’s back in a very big way.  Over the past few years in particular, music has followed suit with cinema and publishing in its use of new technologies to break down the outdated systems and platforms that have been the primary means of news and entertainment dispersion.  Until recently, a musician would spend months working diligently on a 8-15 track album, and release it via the traditional matrix on any given “New Music Tuesday”.  In 2012, however, this is no longer necessary.

This week MONTAG launched his fresh creative strategy with his gorgeous new PHASES web presence.  His own self-imposed regimen includes the following: to release one single per month over the course of the year, with each song creating its own sonic world; style restrictions will switch entirely from one month to the next, allowing him to explore new musical territory in the process; each single must be created within a month and be accompanied by a B-side (either an original song, a cover or a remix) and a video; he will blog about the creative process in detail on his website, with extra information on how the tracks were recorded, their origins, the type of instruments used, etc; and each single will also have its own cover designed by Guadaljara-based graphic artist Curious Flux (check out CuriousFlux.com).

In conjunction with the launch of PHASES, MONTAG has smashed a Dom Perignon against the hull of his new venture in the form of his brand new stunning kick-off single “New Design” which you can watch below in an exquisitely directed video by Jeremie Battaglia (you can visit Jeremie’s website at JeremieBattaglia.com).  The B-side for “New Design” is entitled “Nova Heart”, a cover of 80’s Canadian band The Spoons, featuring actor Liane Balaban on vocals which you can purchase on iTunes.  Each new creation will be released on the last Tuesday of each month of 2012 via Spotify/MONTAGpotify as well as his website at MONTAG.ca (NOTE: “New Design” is available on Spotify in the United States, and will be available in Canada on February 7th via Carpark).

In a recent interview with exclaim, MONTAG elaborated on the genesis of his very first song, “New Design”, under his new branding: “For the lyrics, I liked the idea of using the word ‘new’ because the whole experience of writing the song felt that way: new — new project, new context, new everything; because the song was not destined for an album I felt really different about it.”  Looks like it’s going to be an incredible year for an equally incredible artist.  To pick up your own copy of his critically acclaimed 2009 EP Hibernation CLICK HERE, and be sure to also follow him on Facebook. 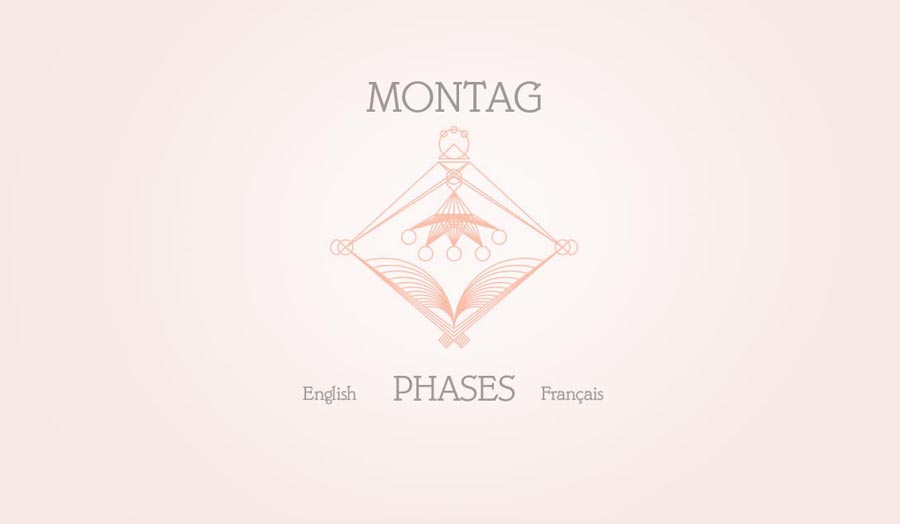 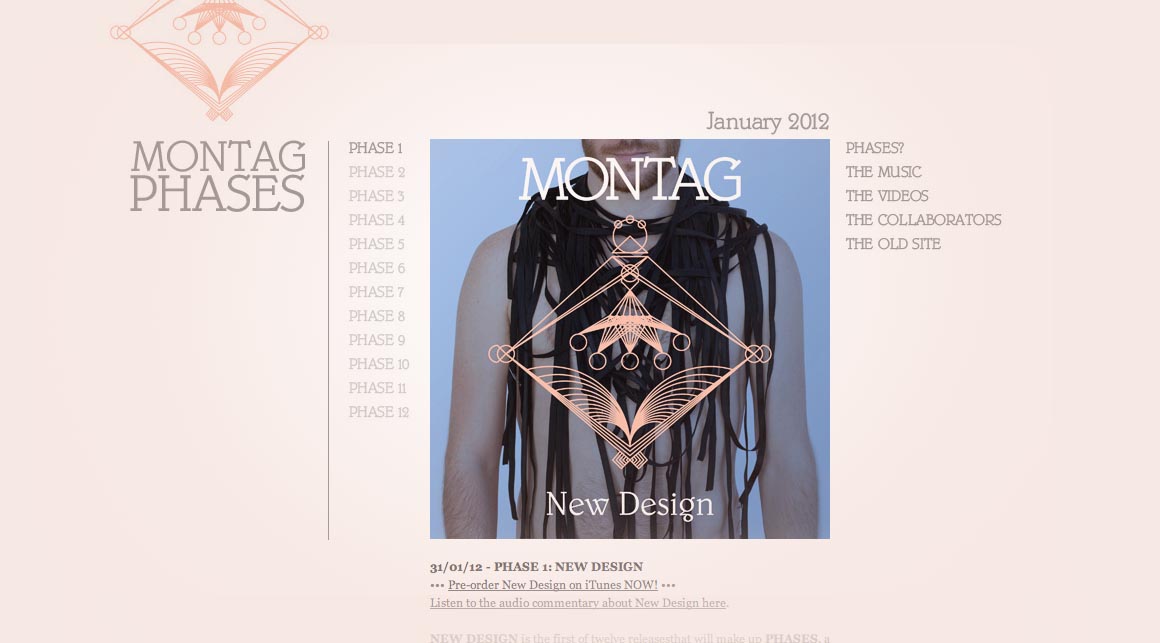 Previous post:
Facebook’s Resident Graffiti Artist Paid In Stock Years Ago Is Now Worth More Than $200 Million Next Post:
Charlie Rose Confesses His Passionate Love For Tilda Swinton In The Best Damn Interview Of All Time