The Troll Wall is part of the Troll Peaks Mountain located in the Romsdalen Valley near the west coast of Norway, and it’s become one of the world’s foremost base jumping sites.  I’m not going to pretend for one second that I have any clue what kind of alpha balls it takes to engage in this jaw-dropping recreational sport, but I’m guessing one of the most popular post-jumping activities would be to chow down on an incredible meal.  And the world’s most ultimate sport now has its most ultimate restaurant located at the base of Troll Wall.  The Troll Wall Restaurant was completed last year and this balls-out mesmerizing building comes from the the geniuses at Reiulf Ramstad Architects.  The restaurant comes in at just under 7,600 square feet, with floor-to-ceiling windows supported by the angular tall white beams which allow a bounty of natural light to pour into the space.  Pure amazingness.  For more information on this daredevil team of architects be sure to visit ReiulfRamstadArkitekter.no, and to learn more about Troll Wall itself simply head over to Wikipedia.  I’m now having trouble figuring out which is more impressive — base jumping or this building.  The Troll Wall is the tallest vertical rock face in Europe, about 3,600-feet from its base to the summit of its highest point, and it has been a prestigious goal for climbers and base jumpers alike.  Carl Boenish, the “father” of base jumping, was killed on the Troll Wall in 1984 shortly after setting the world record for the highest base jump in history.  Base jumping from Troll Wall has been illegal since 1986. 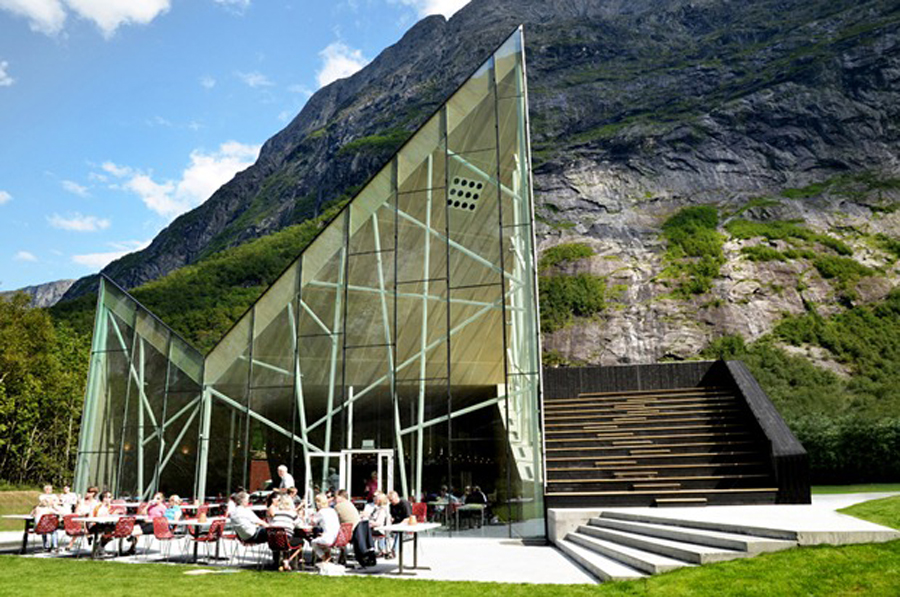 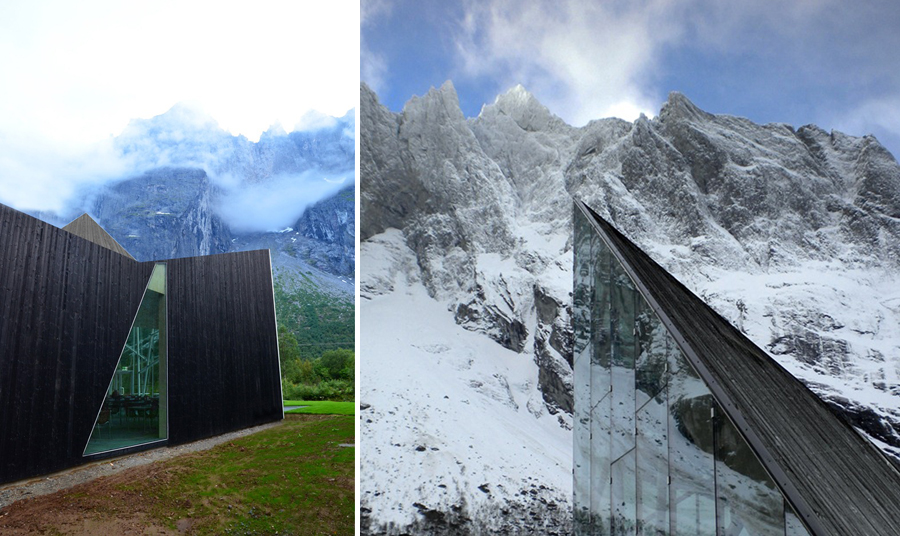 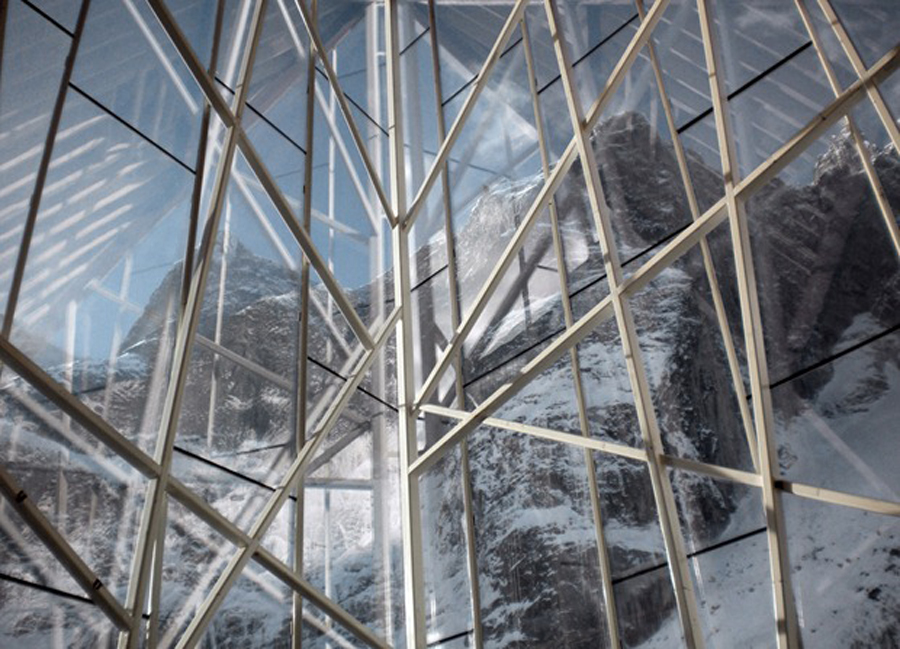 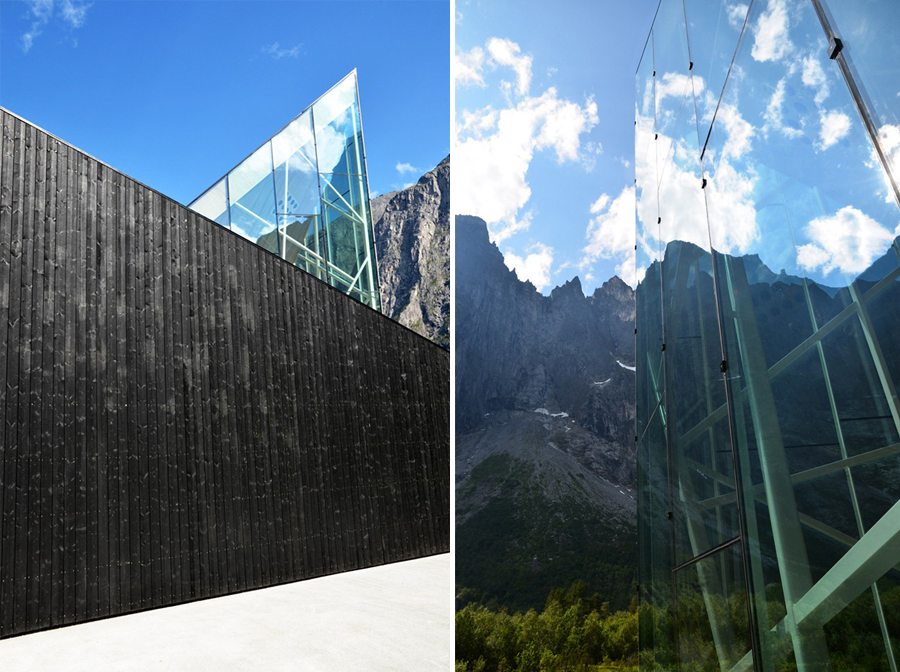 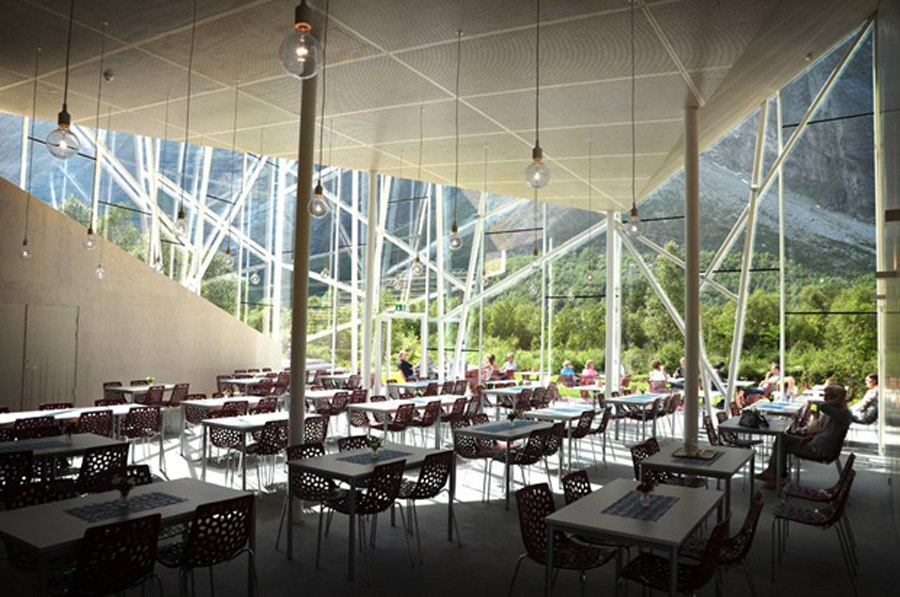 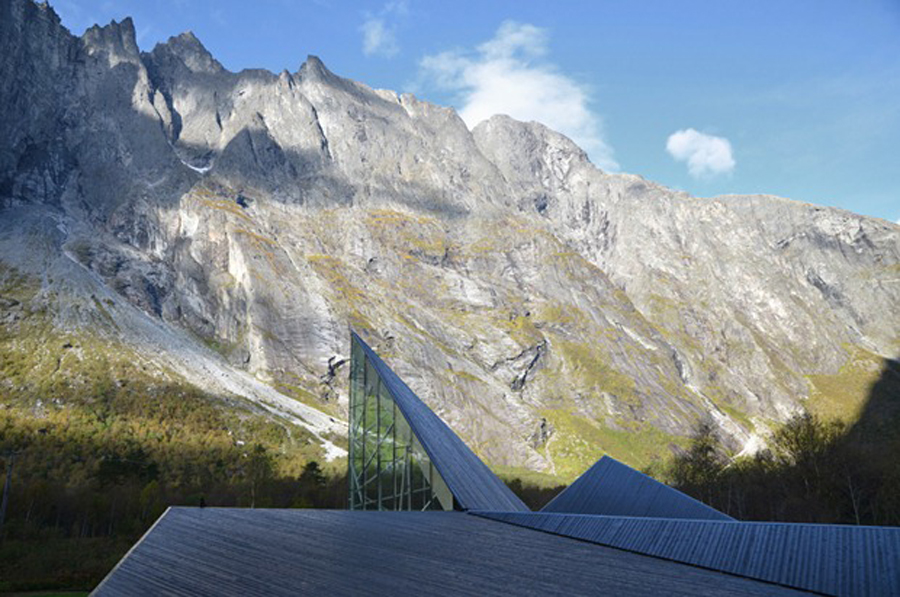