In no time at all, director Rodrigo Cortés has won over Sundance audiences in a major way.  His paranormal thriller Red Lights become the smash hit of Sundance with its story of Margaret Matheson  (Sigourney Weaver) and assistant Tom Buckley (Cillian Murphy), parapsychologists primarily interested in debunking supernatural phenomena. “When I see hoof prints,” she says, “I think of horses, not unicorns.” They work out of the Scientific Paranormal Research Center, a budget-strained department of an anonymous university, luring in curious students like Sally (Elizabeth Olsen) and Ben (Craig Roberts) while butting heads with the well-supported likes of Dr. Paul Shackleton (Toby Jones).  As The Playlist writes:

These investigators have never met a case they could not crack with rational thought processes, but when publicly adored spoon-bender/mind-blower Simon Silver (Robert De Niro) comes out of retirement after thirty years, Matheson doesn’t want to challenge him, much to Buckley’s frustration. This could upend their reputations as skeptical hooligans. This could get them all the funding they need. It’s enough to cause him to defy her and bring a whole lot of trouble down on those he cares about.

Rodrigo Cortés’ follow-up to the perfectly claustrophobic Buried, Red Lights is shot and scored like a brooding supernatural thriller, and it will likely be sold as one on its release. The truth is, while Red Lights isn’t terrifically scary, it is thrilling in other ways, constantly playful and often tongue-in-cheek as it works through the hokey conventions of the genre. It’s the rare kind of swing-for-the-fences effort that confirms talent, and it has precisely the kind of ending that will divide audiences (as it already has here).

There are echoes of Scanners, Unbreakable and The Prestige as Margaret and Tom go about disproving phenomenon after phenomenon, from supposedly haunted houses to elaborate stage performances akin to those for which Simon was once renowned. Cortés critically establishes the three leads’ motives for digging deeper into one another’s lives and into trickery foisted upon the innocent masses. The faith vs. science conundrum is by no means a new one, but it guides the relationship dynamics here in generally compelling directions and helps to lend a sense of honest emotional investment on part of the characters, if not the viewer, to an otherwise fundamentally silly premise.

Millennium Entertainment has acquired North American rights to Red Lights for a very impressive $4 million.  “We came to Sundance looking for high-concept, quality commercial fare, and Cortés’ paranormal thriller – anchored by memorable performances from an exceptional cast – fully delivers,” Millennium Entertainment CEO Bill Lee said in a statement.  “We are elated to be in business with this talented filmmaker.”  I will keep you in the know with any future trailers and release info, but Red Lights will be released at some point in 2012.  The craptacular Spanish trailer has just been released and you can watch it in all its craptaculously dubbed Spanish below — it’s almost painful to watch, but at least it gives you a good sense of what everyone at Sundance has been talking about.  I love me my Spanish and all, but seriously — if they can release the dubbed trailer, why not just release the original? 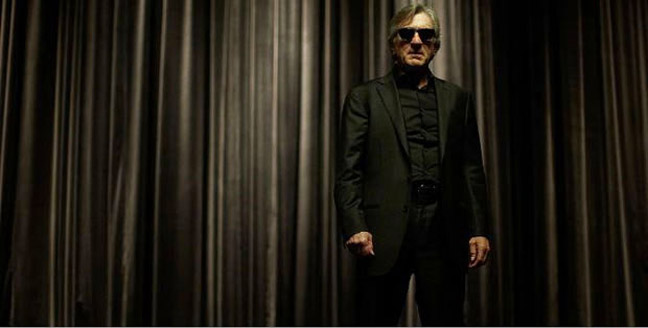