The WOW Files: Audi’s e-Tron Spyder Is a Diesel-Electric Hybrid Supercar for a New Generation

Over the past decade or so, Audi has consistently produced some of the most stunning automative designs in the industry.  Not only are their cars some of the most beautiful ever made (the Audi R8 still remains my favorite sports car), but the engineering within is equally Audilicious.  We are witnessing some incredible breakthroughs across the board as our world begins to relieve itself from a century-long dependence on fossil fuel, and for vehicle design, the hybrid engine has been critical in this evolution.  With diesel’s surprising comeback in recent years, it was only a matter of time before one manufacturer was bold enough to build a diesel-electric hybrid like the Audi e-tron Spyder.  Pairing electric technology with clean diesel, Audi has taken a slight departure from the traditional combustion/electric hybrid.  The fusion has adopted the Audi R8’s strategic engine placement of 2 electric motors in the front of the vehicle, with the turbocharged 3-liter V6 TDI engine sitting in mid-engine position.  The combination of the electric motors and the TDI resulted in an impressive output of 400 horsepower.  The Audi e-tron Spyder has an incredible 0-60 time of 4.4 seconds, and a top speed of 155mph.  The environmentally conscious will also be impressed by the Spyder’s sparse fuel consumption of 108mpg.  WOW.  Wrapped up in a sexy as hell futuristic outer shell, the total package of the Audi e-tron Spyder has spun an irresistible web.  I’ll take two please.  For all things Audi be sure to visit the amazingness that is Audi.com. 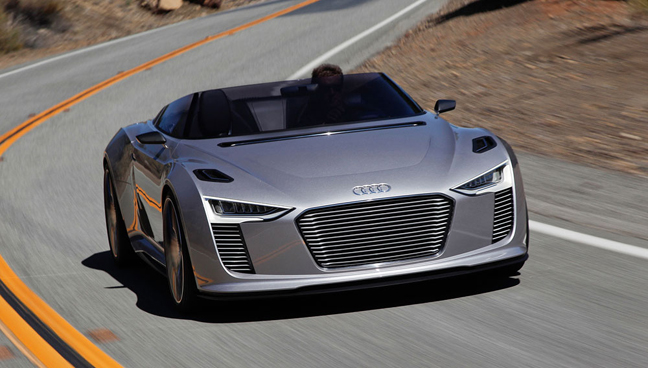 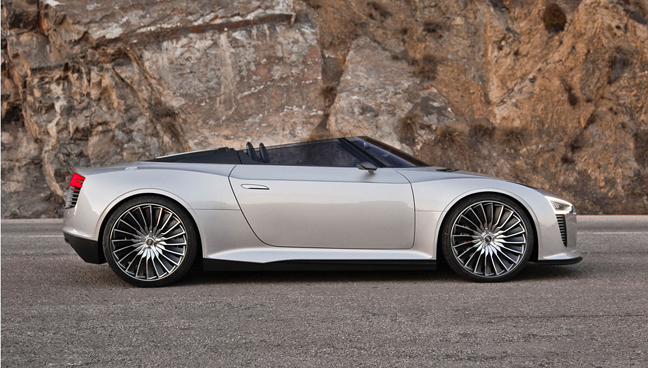 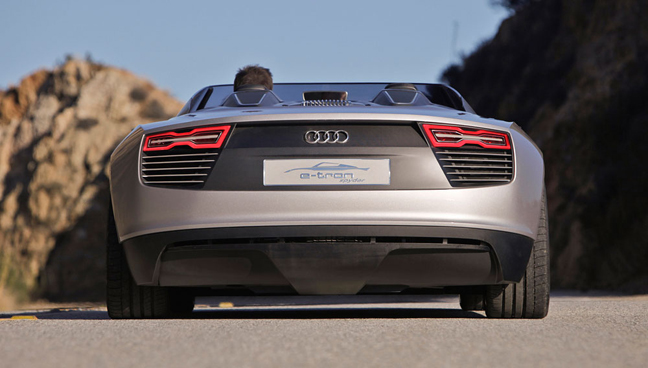 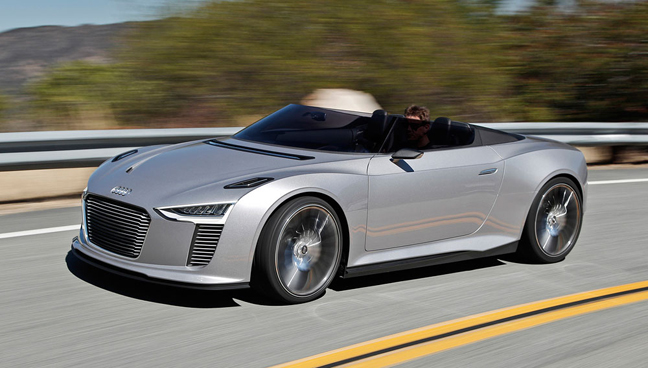 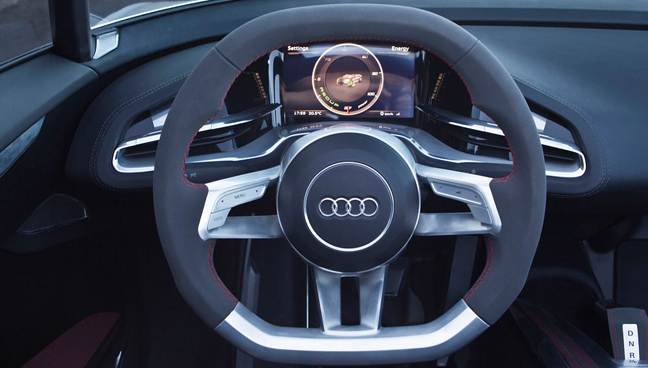 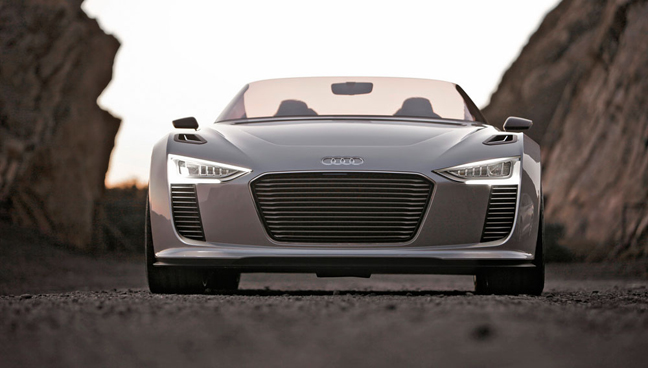