It’s only been a couple weeks since George Stephanopoulos‘s brilliant return to ABC News’ Sunday morning political hour This Week after leaving the show years ago to do Good Morning America, but it’s already feeling like he had never even left at all.  Like getting together with an old friend you haven’t seen in ages, and effortlessly picking up your friendship right where it left off.  The weekly roundtable discussion of This Week is my favorite part of the show and once again, George and his team (including another one of my favorites — George Will) made for some amazing television when they each got fired up about the state of the GOP leadership race, now resting almost squarely on the shoulders of Mitt Romney and Newt Gingrich.  If you have any interest whatsoever in the 2012 Presidential election then you will want to check out the following discussion.  Judging from the fascinating insights you’re about to watch below, it’s gonna be one hell of a year.  For all of FEELguide’s favorite This Week roundtables CLICK HERE. 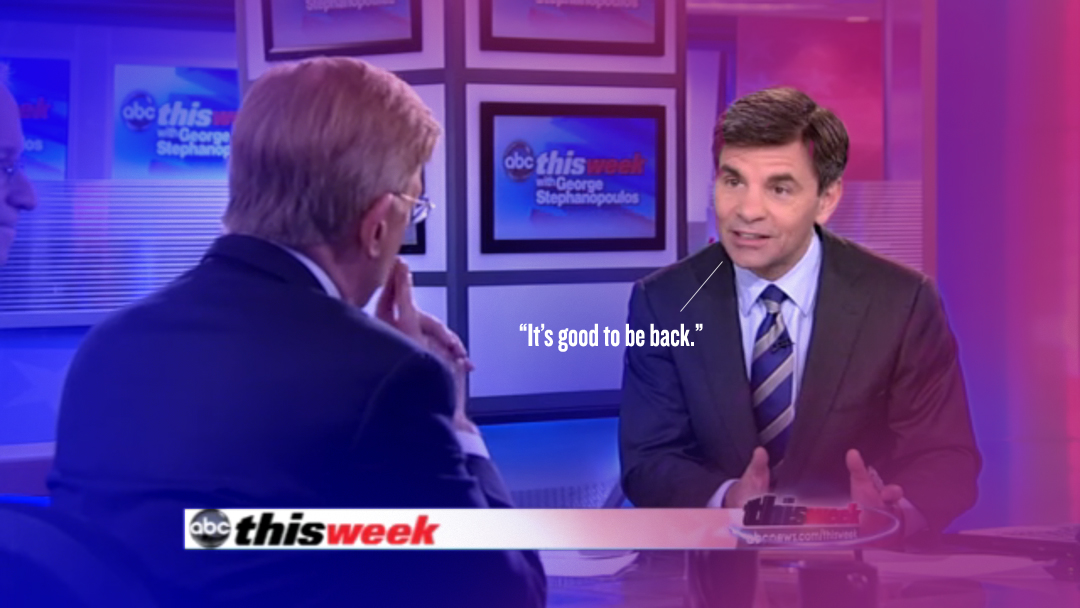