Jason Silva just posted this extraordinary video taken aboard the International Space Station last month (if you don’t yet know who Jason is then WATCH THESE).  What you are about to watch is 20 minutes of time-lapse footage compressed into 23 seconds, and was filmed on December 29th, 2011 between 3:55pm EST and 4:15pm EST.  Whenever I come across time-specific moments like this I always love to trace backwards in my mind to what I was doing at that exact moment, and I know for a fact I was frantically shopping for gifts for my family because I had to leave the next day to visit them for New Year’s.  But I digress.  The sequence of shots was taken during the ISS’s pass over central Africa near southeast Niger, to the South Indian Ocean, and the last second is shot above southeastern Madagascar.  Lightning flashes of local storms dot the sky like boiling bubbles of a soup, and the Milky Way can be seen in the distance through the faint orangey atmosphere.  It always astonishes me to remember that lightning strikes are hitting the earth somewhere at least 500 times at any given second (and no, 500 is not a typo).  Ironically, that’s the same number of times per second I was cursing myself in my head with the words “Why the hell do I always leave my gift-shopping ’til the last second?!”  To see the world’s greatest gallery of space movies simply head over to Lights In The Dark.  For all things Jason Silva be sure to follow him on Facebook then head straight over to his brand new website at ThisIsJasonSilva.com which features all of his MUST-SEE videos (that’s an order).  And you can read a brand new terrific interview with Jason courtesy of the team at WIRED.  For all things Jason Silva check out Jason Silva On FEELguide.   I’ve also attached a terrific video of a similar ISS fly-over set to the music of Letherette and their terrific remix of Bonobo’s “All In Forms”).  Thirdly is a new video I just discovered also set to some great music.  I’m starting to wonder how those astronauts are able to get any work done with all those cocktail parties they’re having up there and what not.  For added viewing pleasure, play all 3 videos at the same time. 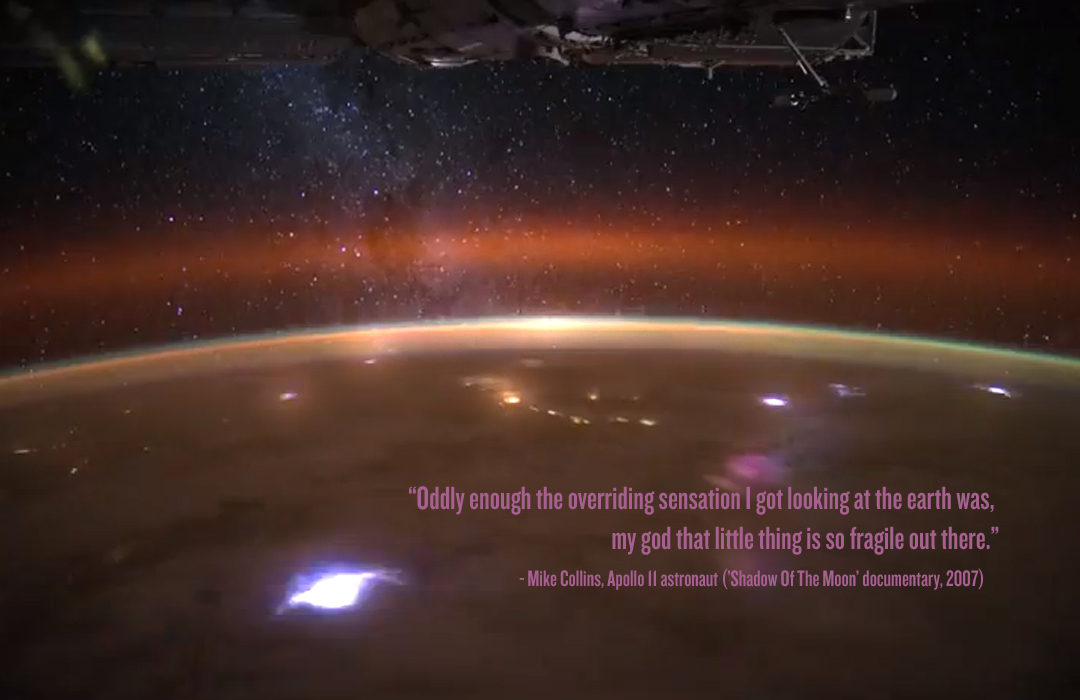 Previous post:
The Secret World Around You: Brilliant Infographic Reveals The Psychology And Science Of Color Next Post:
Beyond Sciences And The Humanities: Why Design Must Become The 3rd Pillar Of K-12 Education