In all likelihood, the Todd Phillips-produced “found footage” rock-out-with-your-balls-out party flick PROJECT X is about to go down in history as the most insane party movie of all time.  Made with a modest budget of $12 million there isn’t a doubt in my mind these producers will go far beyond the break-even mark with this one when Warner Brothers releases it on March 12, 2012.  The story is simple enough, with three friends (Thomas Mann, Oliver Cooper, Jonathan Daniel Brown) planning to throw the ultimate party and make a name for themselves.  As the guests keep arriving however, the party descends into total chaos.  Produced by Phillips (director of The Hangover), and directed by commercial helmer Nima Nourizadeh, the cast is rounded out by mostly unknown actors, with the exception of Rabbit Hole co-star Miles Teller.  For more information you can visit the film’s website at PROJECTXmovie.WarnerBros.com.  To see if there’s an early screening in your city you can follow PROJECT X on Facebook. 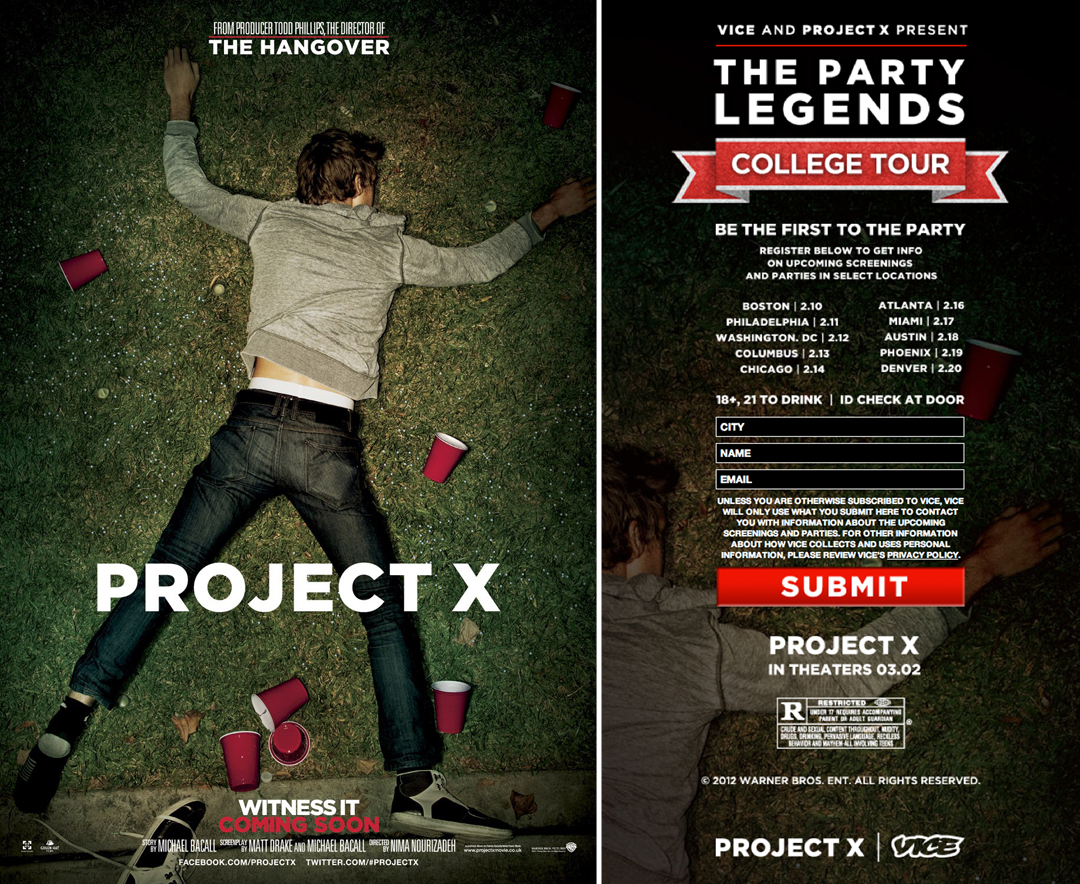