VANITY FAIR Gets Up Close To My “Golden Boys” Future: H&DeM’s Mindblowing Garage/Condo/Eden In Miami

I just turned 36 last December, so I’ll admit right now that I’ve been thinking more often about things such as retirement, savings, and my golden years.  When I was just a young pup I always had a fantasy that someday I would end up with a similar fate as the greatest Golden Girls who’ve ever lived: Dorthy, Rose, Blanche, and Sophia.  The original “modern family”, this Miami foursome not only gave the world an incredible model of what an alternative family could look like, they also showed as that the good times not only keep rollin’ after 55 — they even get better.

If I do end up fulfilling my future Golden Boys fabulous family of four, I’m pretty sure I’ve found exactly where it’s gonna go down: ladies and gents, I present to you the amazingness that is 1111 Lincoln Road in the heart of Miami’s South Beach.  Holy SHIT this is amazing — Swiss architects Herzog & de Meuron (Jacques Herzog and Pierre de Meuron) are one of my top three favorite architecture firms, and every time they pull out a new mindblowing creation like this I always find myself asking “How do they come up with this stuff?!”  The complex is infact a combined parking garage, penthouse, and Edenic tropical garden, and VANITY FAIR recently paid a visit to the building and photographer Todd Eberle took these jaw-dropping photos.  “Jacques Herzog called this a building that’s all muscle, without clothes — like Miami Beach,” says the property’s owner, developer Robert Wennett.

With all these future plans running through my head for me and my fellow Golden Boys, I could almost break out into a Sophia Petrillo-style story: “Picture it — Miami, 2032…”  If you’ve got the cash and would like to buy yourself (and me?) a beautiful spot inside 1111 Lincoln Road you can visit their website at 1111LincolnRoad.com. 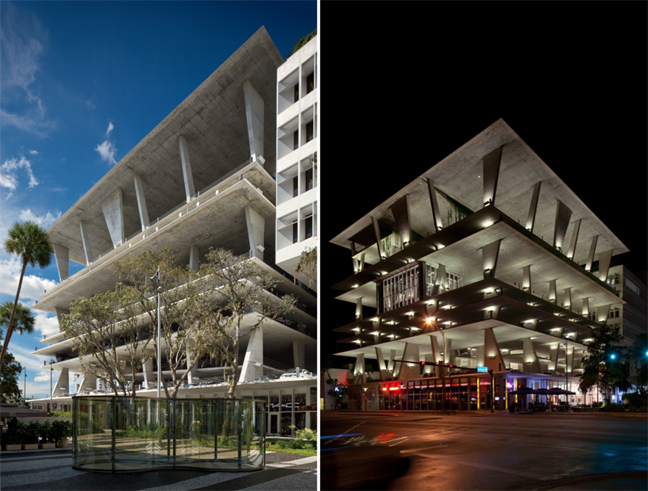 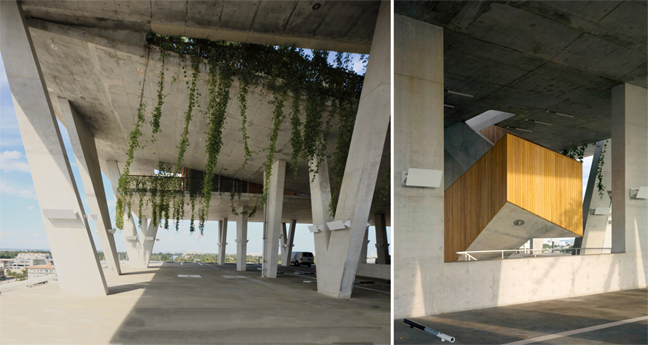 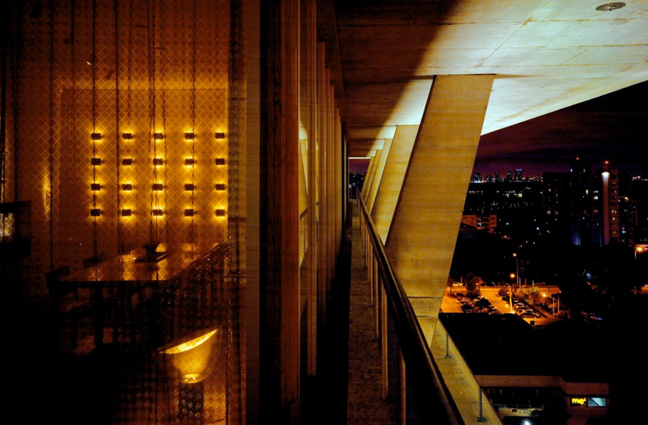 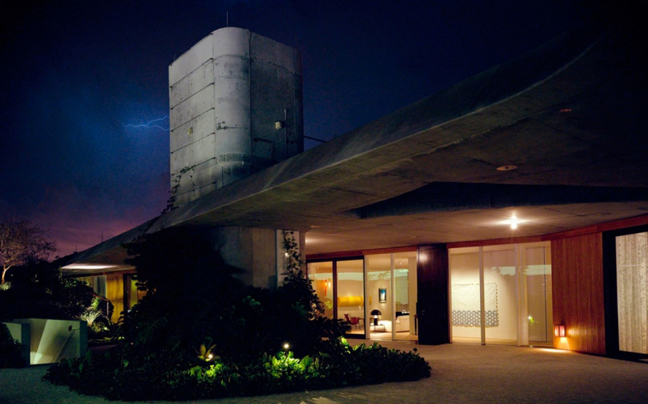 Previous post:
Got The January Blues? Fight Fire With Fire With LONEY, DEAR’s Brand New Video For “Loney Blues” Next Post:
Letherette Show You How To Remix A Bonobo Track While While Flying A Spacecraft In Orbit