On November 16, 2005, Charlie Rose sat down for a one-hour conversation with His Holiness the 14th Dalai Lama, Tenzin Gyatso, the spiritual leader of Tibet.  He was born on July 6, 1935, to a farming family in a small hamlet located in Taktser, Amdo, in northeastern Tibet.  At the age of two he was named Lhamo Dhondup, and at that time was recognized as the reincarnation of the 13th Dalai Lama, Thubten Gyatso.  The Dalai Lamas are believed to be manifestations of Avalokiteshvara or Chenrezig, the Bodhisattva of Compassion and patron saint of Tibet.  Bodhisattvas are enlightened beings who have postponed their own nirvana and chosen to take rebirth in order to serve humanity.

His Holiness began his monastic education at the age of six.  The curriculum consisted of five major and five minor subjects.  The major subjects were logic, Tibetan art and culture, Sanskrit, medicine, and Buddhist philosophy which was further divided into a further five categories: Prajnaparimita (the perfection of wisdom); Madhyamika (the philosophy of The Middle Way); Vinaya (the canon of monastic discipline); Abidharma (metaphysics); and Pramana (logic and epistemology).  The five minor subjects were poetry, music and drama, astrology, motre and phrasing, and synonyms.  At 23 he sat for his final examination in the Jokhang Temple, Lhasa, during the annual Monlam (prayer) Festival in 1959.  He passed with honours and was awarded the Geshe Lharampa degree, the highest-level degree equivalent to a doctorate of Buddhist philosophy.  In 1950 His Holiness was called upon to assume full political power after China’s invasion of Tibet in 1949.  In 1954, he went to Beijing for peace talks with Mao Zedong and other Chinese leaders, including Deng Xiaoping and Chou Enlai.  But finally, in 1959, with the brutal suppression of the Tibetan national uprising in Lhasa by Chinese troops, His Holiness was forced to escape into exile.  Since then he has been living in Dharamsala, northern India, the seat of the Tibetan political administration in exile.

Since the Chinese invasion, His Holiness has appealed to the United Nations on the question of Tibet.  The General Assembly adopted three resolutions on Tibet in 1959, 1961 and 1965.  In Charlie Rose’s one-hour conversation with His Holiness, the Dalai Lama discusses the exile of his people, his determination for peace, his thoughts on compassion and conflict, science and ethics, his perspectives on happiness, the importance of knowledge in fighting hate, the danger of politics and religion in the wrong hands, and of course — the ego.  To learn more about one of the greatest living human beings that has ever walked this Earth, be sure to visit DalaiLama.com.  SEE ALSO: Eckhart Tolle On Christmas, Consciousness, The “Christ Within”, And The One Absolute Truth. 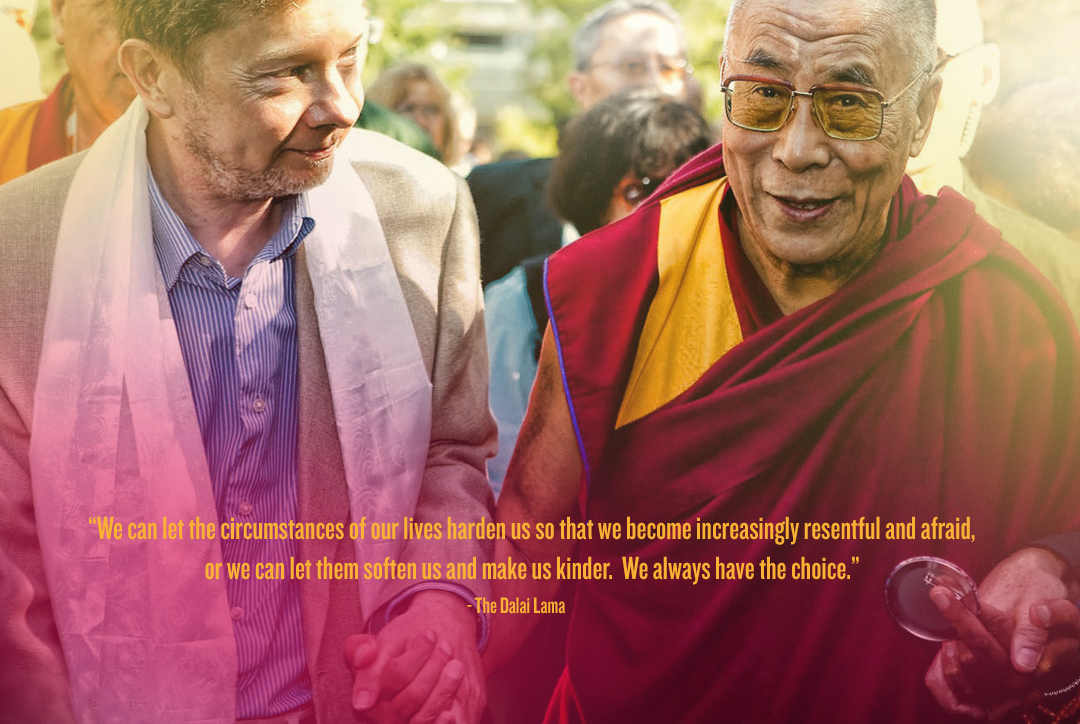