With new forms of technology comes new forms of social etiquette.  There is nothing more annoying than a cell phone going off during a movie or a concert, but what’s even more annoying is someone who lets their phone continue to ring until it stops on its own.  What on earth was going through the brain of the audience member in this next story is beyond me.

During a recent performance at Lincoln Center, the New York Philharmonic was deep inside the delicate, crucial finale of Gustav Mahler’s Ninth Symphony when some douchebag’s cell phone went off.  Then the annoying-as-hell ringtone kept going.  And kept going.  And kept going.  Finally, conductor Alan Gilbert couldn’t take it anymore and stopped the performance.  He explained to NBC News why: “The symphony ends incredibly quietly.  There was literally no way we could go on so I stopped the music and I asked the general vicinity where the sound was coming from, please turn off your cell phone.  I had to ask several times and it didn’t stop.”  The audience applauded Gilbert for his calling out the moron, and the performance was eventually completed.  The musicians were reportedly paid overtime for having to stay late.  You can watch the interview with Gilbert below, and also check out this YouTube example of an uninterrupted Mahler’s Ninth (I’m guessing the cell phone might have gone off somewhere around the 4:55 or 12:30 mark in the video example below).

Mahler died in May 1911, without ever having heard his Ninth Symphony performed. The work’s ending is usually interpreted as being a self-conscious farewell to the world, as it was composed following the death of his beloved daughter Maria Anna in 1907 and the diagnosis of his fatal heart disease.  However, this notion is disputed inasmuch as Mahler felt that he was in good health at the time of the composition of the 9th Symphony; he had had a very successful season (1909-1910) as the conductor of the New York Philharmonic Orchestra and, before that, the Metropolitan Opera in New York.  In his last letters, Mahler indicated he looked forward to an extensive tour with the orchestra for the 1910-1911 season.  Moreover, Mahler worked on his unfinished Tenth Symphony until his death from endocarditis in May 1911. 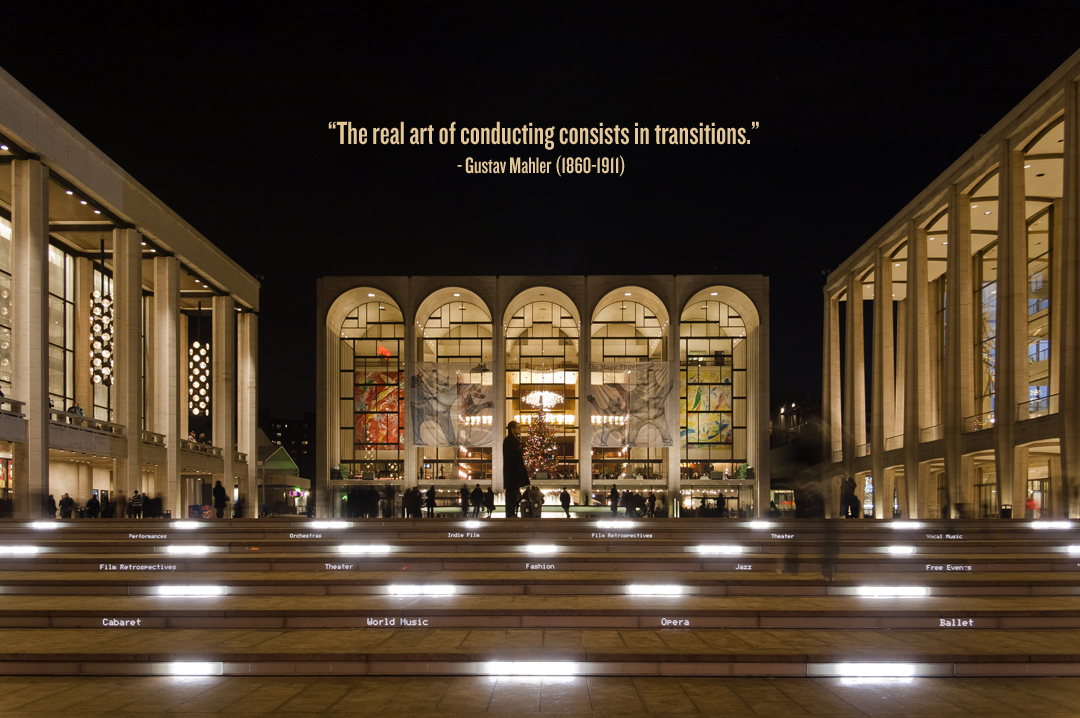 Previous post:
“What Kind Of Bird Are YOU?” King Wes Anderson Releases First Trailer For “Moonrise Kingdom” Next Post:
KUEDO’s “Sinking In The Datatank” Playlist Created For Bladerunning Lovers Of Dystopian Sci-Fi