Feel Like Shakin’ That Ass? That’s All But Guaranteed With Expensive Looks’ Amazing New “Decisions” Mix

To his close friends, New York-based producer Expensive Looks is known as Alec Feld.  I first heard of his music with his highly addictive summer mix which he put together for DUMMY magazine about five months ago (listen to it HERE).  Then he blew me away with his terrific mix of Geoffrey O’Connor’s “Whatever Leads Me To You”.  Not to be outdone by his past successes, Expensive Looks went on to release his gorgeous new track “Hyperdrive” featuring vocals by Silver Wren in November.  Now he’s ready for his biggest offering to-date: his debut full length album entitled Dark Matters which he’s releasing on January 17th.  You can check out one of the album’s tracks below entitled “Moving Visions” in Soundcloud format as well as the album’s title track “Dark Matters” in the YouTube preview below.  And if that’s not enough for your listening pleasure I’ve thrown in one of his latest mixes — the 20-minute Decisions (Live Negatives Mix) in Soundcloud as well (my favorite wow-worthy portion is LCD Soundsystem’s “I Can Change” which starts at 14:45).  For all things Expensive Looks, be sure to follow him on Facebook, MySpace, Bandcamp, Twitter, and listen to more of his sounds at SoundCloud.  To purchase his new album Dark Matters be sure to visit his label Group Tightener on January 17th. 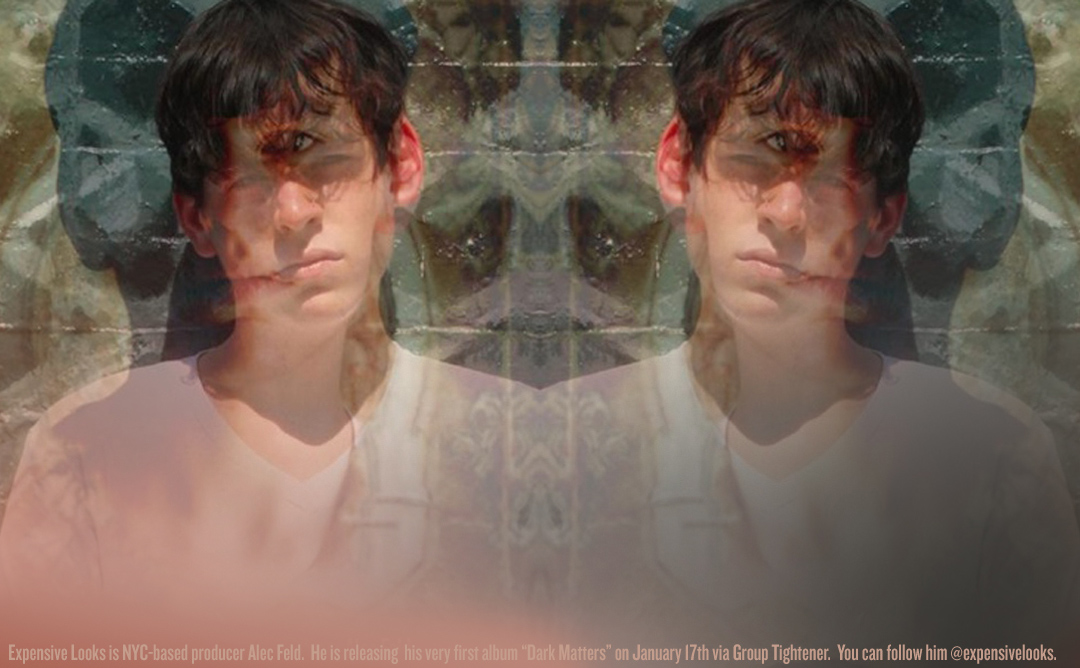