Creepy New Clip From Ti West’s New Horror “The Inkeepers”, And “Horrible Bosses” Is Getting A Sequel

When it debuted in March 2010 at the SXSW Film Festival, director Ti West‘s latest horror film The Innkeepers instantly became the talk of the town (CINEMATICAL was lucky enough to attend the screening and praised the film as “radiant with inspiration”; director Eli Roth also called it “one of the best, smartest, and scariest” indie horrors he’s seen ages).  West is the genius behind the 2009 pant-shitting flick The House Of The Devil (watch the trailer HERE) which is reason #2 for you to run to see The Innkeepers when it hits theaters on February 3rd.  The film is already available on-demand as of right now, and to wet your scaredy pants appetite even more, the producers released the following 2:20 clip from the film this past Tuesday (I’ve also attached the trailer as well which features an almost unrecognizable Kelly McGillis of Top Gun game).  For some context, The Playlist (who were among the first to rave about the film following its SXSW premiere) provides the following synopsis of the film and their thoughts of the clip:

The film concerns a pair of slackers (played by Shark Night star Sara Paxton and a dude named Pat Healy) who work at a reportedly haunted hotel. The hotel is about to close, so the film follows their last ditch efforts to make supernatural contact. It has a loose, easy-going style, which makes this clip all the weirder. After a chatty and occasionally goofy opening, the last act gets seriously scary. It’s a fine tonal balance, akin to something like Peter Jackson’s The Frighteners, but West pulls it off. This brief clip, though, focuses on the darker, more sinister final moments of the film. And while it’s certainly effective, it doesn’t represent the movie as a whole very well. This is clearly aimed at snagging the INSIDIOUS audience.

In other great movie news, New Line has announced their plans to move full steam ahead on a sequel to their 2010 smash hit comedy Horrible Bosses.  Jason Bateman, Charlie Day and Jason Sudeikis are set to return (I’m not certain if Jennifer Aniston and Colin Farrell are attached to the project) with a script from the film’s original screenwriters John Francis Daley and Jonathan Goldstein (Burt Wonderstone, Cloudy With A Chance Of Meatballs 2), two writers that The Hollywood Reporter describe as being among the hottest in the biz right now.  Horrible Bosses was not only hilarious (I think I woke up my entire block with laughter when I watched this at home about a month ago), it was also one of 2010’s most successful films from a business perspective — it cost a mere $35M to produce and raked in a whopping $200M worldwide.  You can read the full story by visiting The Hollywood Reporter. 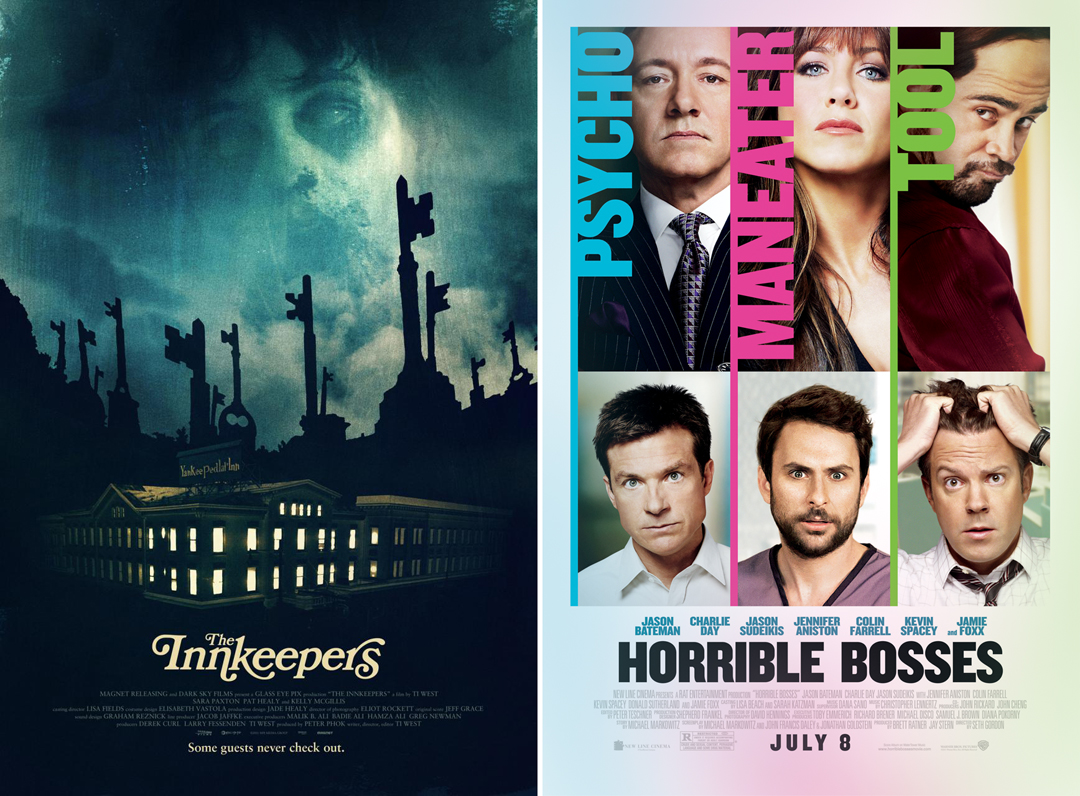