The Facebook Factor: The World’s Top Social Network Cited As Reason For One-Third Of All UK Divorces

According to an eye-opening report from British lawfirm Divorce-Online, Facebook is emerging as a huge factor in the breakdown of marriages across the United Kindom and is being increasingly used as a source of evidence in divorce cases.  The social network was cited as a reason for a whopping one-third of all UK divorces last year in which unreasonable behavior was a factor.  The firm also said there has been a 50% spike in the number of behavior-based divorce petitions that contained the word “Facebook” in the past 2 years.

Mark Keenan, Managing Director of Divorce-Online, said: “Facebook has become the primary method for communicating with friends for many people.  People contact ex-partners and the messages start as innocent, but lead to trouble.  If someone wants to have an affair or flirt with the opposite sex then it’s the easiest place to do it.”  33% of the 5,000 behavior petitions filed with the firm in the past year mentioned the site.  The most common reasons for Facebook causing problems in relationships were a spouse finding flirty messages, photos of their partner at a party they did not know about or with someone they should not have been with.

Anne-Marie Hutchinson, a lawyer with Dawson Cornwell Solicitors, said: “If you are keeping things from your partner, Facebook makes it so much easier for them to find out.”  Facebook can be used as evidence of unreasonable behavior in the eyes of the courts, and she adds: “If you are complaining that they have a drinking problem and they have posted statuses about going out on the razzle, that could be used.”  Mr. Keenan and many of his colleagues are now warning their clients to abstain from using Facebook during a divorce proceeding: “People need to be careful what they put on  Facebook as the courts are now seeing a lot more evidence being introduced from people’s walls and posts in disputes over finances and children.” 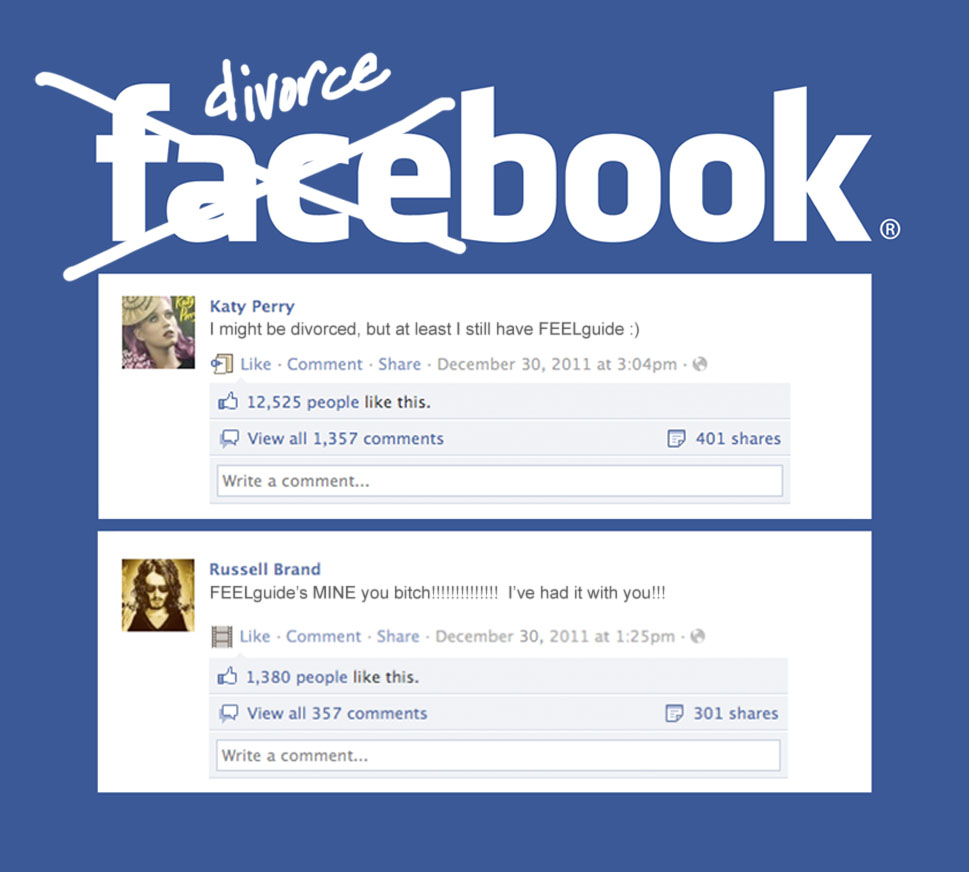 Previous post:
With His Masterpiece “The Girl With The Dragon Tattoo” David Fincher Is Now Officially A Living Legend Next Post:
LINKguide (January 4, 2011)