About a month ago I was visiting my family in the Ottawa Valley and my dad told us a story of how when he was younger he saw someone take a few sticks of dynamite to blow up a beaver dam in order to clear the water away and get access to the trees for logging.  What they didn’t realize was how that incredibly tough little dam was actually holding back a massive amount of water.  Sure enough a small lake’s worth of water was diverged and laid waste to at least two roads and flooded a nearby town.  My brother-in-law who is also a logger had a beaver dam story as well.  Recently someone blew up a similar beaver dam which unleashed a tsunami that didn’t just blow their minds — it blew out a nearby road construction site which had just finished completion.  The force of the flood was so intense it washed out several tons of gravel and hurdled a giant steel culvert roughly 150 feet down stream.

Beavers, once abundant and widespread in the Northern Hemisphere, helped to forge the ground underneath every square mile of North America.  One fascinating research project is set for publication in the January issue of Geology and explains how the team embarked on an exhaustive study of the archaeological remains of ancient beaver dams buried deep beneath the earth.  The team used ground-penetrating radar to detect buried beaver dams to reveal how beaver activity up to thousands of years ago affected sedimentation and left its lasting mark within North America’s ground.  “Ecologists have estimated that, prior to the arrival of Europeans in North America, anywhere from 60 to 400 million beavers inhabited the continent, with a geographic range estimated at 15 million square kilometers,” co-author Ellen Wohl told Discovery News.  “Beavers were present from the arctic tundra to the deserts of northern Mexico, so they would have been in every U.S. state but Hawaii,” added Wohl, a professor in the Warner College of Natural Resources at Colorado State University.

For the study, Wohl and colleagues Natalie Kramer and Dennis Harry used both ground-penetrating radar and near-surface seismic refraction to detect beaver-induced sedimentation.  Both methods put energy, radar and seismic waves, into the ground. The researchers then recorded the times required for the energy’s return, using spatial differences in these travel times to infer the presence of contrasts in the subsurface. These, in turn, can reveal buried beaver dams that may have no surface expression.  The team focused their work on Beaver Meadows in Colorado’s Rocky Mountain National Park. As of 1976, no beavers were present in the area, but earlier surveys documented the presence of numerous beaver lodges. The beaver dam sedimentation detected by the scientists dated from 180 to 4,300 years ago, with even older remains possible.  The study determined that beavers contributed 30-50 percent of post-glacial sediments in the target area.

She explained that beaver dams interrupt the flow of a stream, creating a backwater effect of reduced velocity. Sediment deposits in the backwater zone of the beaver pond, with this material remaining “in storage” until river erosion may mobilize it and carry it downstream.  The process is beneficial to humans, she continued, because “wet meadows associated with beaver dams have higher habitat and species diversity for plants, insects and other invertebrates, amphibians, reptiles, birds and mammals — pretty much all forms of life.”

Beaver ponds additionally help to remove carbon and nitrogen from water.  When carbon combines with chlorine — used in many water treatment facilities — it can result in dioxins, she said, so beavers can help to keep drinking water safe from these cancer-causing chemicals.

“Not only do beavers make wetlands, but they also alter the appearance and function of rivers for a very long time,” Baron said.  “What beavers do is create environments for storing carbon and processing nitrogen,” Baron said.  The latter, in particular, provides a “very important ecosystem service, because reactive nitrogen flowing down rivers is what causes eutrophication, hypoxia and dead zones in many of the world’s estuaries (such as at Chesapeake Bay and the Gulf of Mexico),” she said.  Due to intense beaver hunting, habitat destruction, pollution and other problems, the beaver population has plummeted by the millions in recent decades.  Since beavers can impact human activities, their presence in areas remains controversial. Conservation groups such as Worth A Dam in Martinez, California, however, work hard to maintain beaver dams through responsible stewardship and to educate the public about the many benefits associated with beavers. 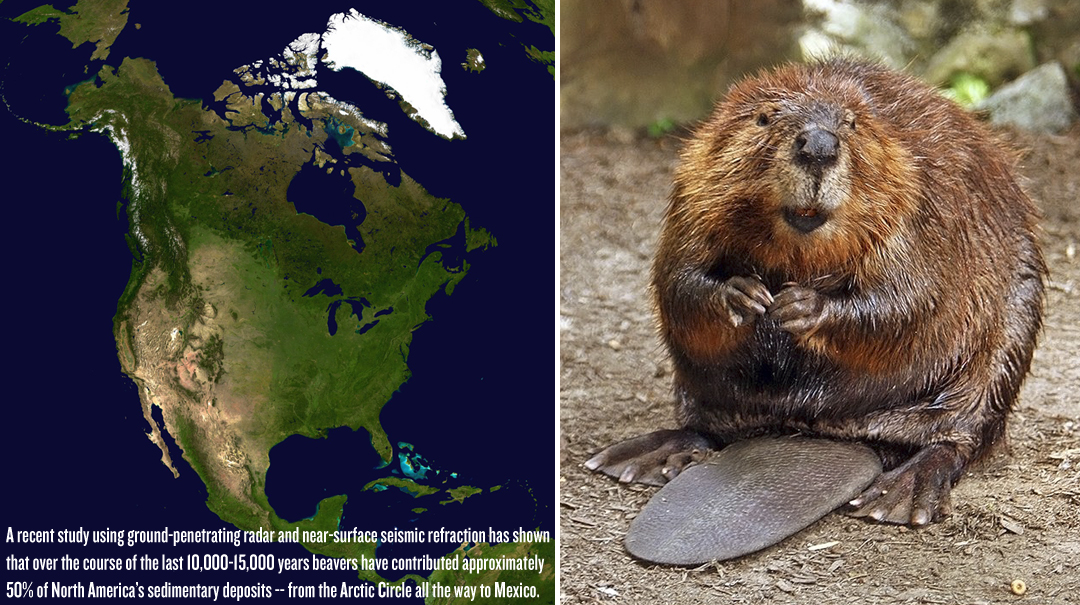 Previous post:
Quotalicious Next Post:
FEELguide’s #1 Album Of 2011: Active Child’s Extraordinary And Life-Affirming Magnus Opus “You Are All I See”