Apple executives have been meeting with media executives in recent weeks to discuss its vision for the future of television, including an Apple-made TV set that provides shows and movies through wireless streaming.  Discussions have included examples of how a user might pause a movie on the television and then resume watching it on his or her iPhone; they have also showed how iPhones and iPads can be used as remotes to control the TV. (Both of these may be possible with Apple’s existing television box, Apple TV.) It sounds as though Siri-like technology may also play a role, as one person from the meetings says the company discussed how voice and gesture-commands might be used to control the new TV.

Apple is still saying little about what specific software and devices it is working on. The people familiar with the meetings said the Cupertino, Calif., company was “vague” and that Apple hasn’t made proposals to license shows for any new product offering.  Still, the talks—some of which were made at the request of media companies seeking an update on Apple’s plans—suggest that Apple’s TV strategy is advancing. The technology company often keeps its products and ideas, close to the vest until as late as possible (i.e. Apple execs were being “vague” because they do not want their secrets to get out).   In meetings as far back as 2010, Steve Jobs met with a series of cable and satellite executives to discuss next-generation television services for Apple devices, according to people familiar with the matter.  Among the questions Mr. Jobs asked in the series of meetings was how much of the universe of video content the providers actually had the rights to, according to a person familiar with the meetings.

Apple’s own executives have wondered what the company had up its sleeve. Last year, at its “top 100” meeting for senior managers in Carmel, California, an attendee asked Mr. Jobs whether Apple was developing a television.  He responded that it would be a bad business to get into, noting that the margins on television are far lower than the margins Apple makes from its other devices and that consumers don’t buy new televisions very frequently, according to this person.  The company, however, has worked on television prototypes for years.  And before his death in October, Mr. Jobs told biographer Walter Isaacson that he had “finally cracked it,” according to Mr. Isaacson’s book Steve Jobs which was released 3 weeks following Jobs’ death.  Steve Jobs passed away on October 5, 2011 after a hard-fought battle with pancreatic cancer.

SEE ALSO: Apple Vows To “Blow Netflix Away” With State Of The Art Television Displays 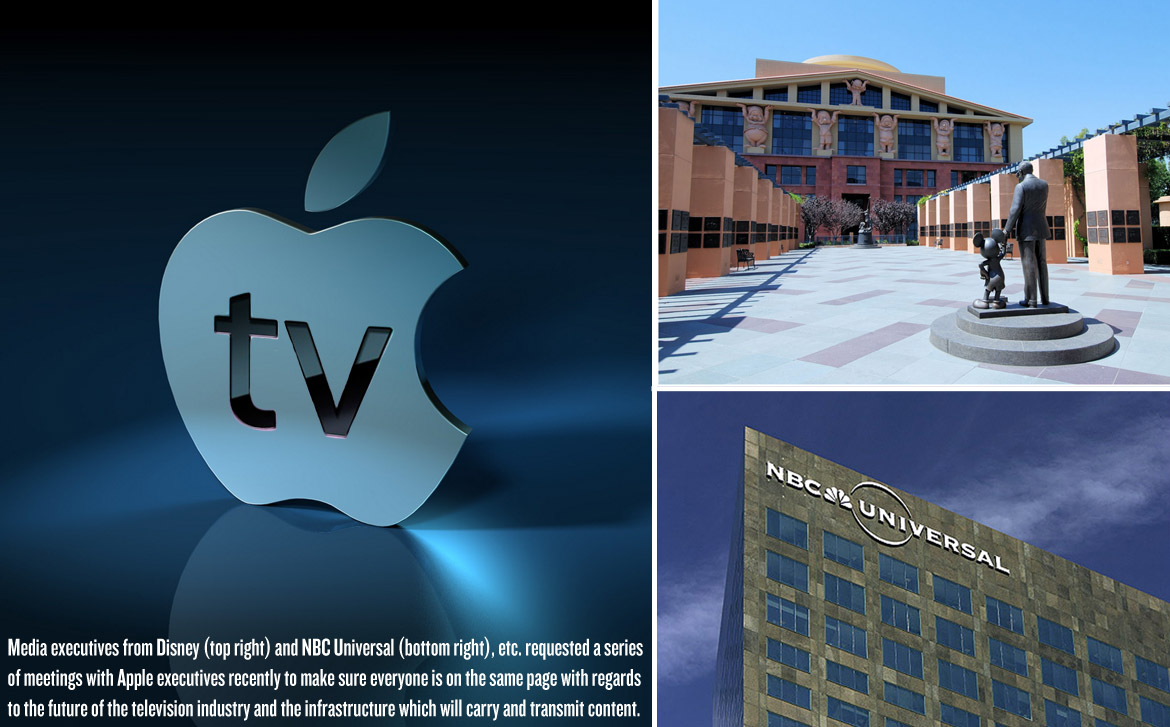 Sources: The Daily Beast and The Wall Street Journal