Confused About The Euro Mess? Then Watch Charlie Rose’s Interview With Gillian Tett And Robert Rubin

Last week, Europe effectively got a divorce when Britain said they want nothing to do with the rest of the European Union.  It was the latest in a string of financial disasters that has plagued the continent in recent years, and things show no signs of getting better any time soon.  In a recent interivew, Charlie Rose sat down with Gillian Tett (U.S. Managing Editor and Assistant International Editor of the Financial Times) as well as Robert Rubin (the 70th United States Secretary of the Treasury during both the first and second Clinton administrations, with 26 years of previous experience at Goldman Sachs where he eventually became a member of the Board, and Co-Chairman from 1990-1992).  During the interview, Rose gets a clear explanation out of each of these two respected figures in the financial world, with regards to what in God’s name is going on with the European economy and the euro itself.  The two give not only a terrific and clear explanation of the complexities involved in this epic mess, but also their predictions as to how it will all turn out, and a bang-on analogy that describes the current state of Merkel’s and Sarkozy’s extremely strange relationship.  At 21 minutes, it’s worth every second of your time I promise.

TO WATCH CHARLIE ROSE’S INTERVIEW WITH GILLIAN TETT AND ROBERT RUBIN CLICK HERE (AND CLICK ON RUBIN’S IMAGE TO START THE VIDEO PLAYER). 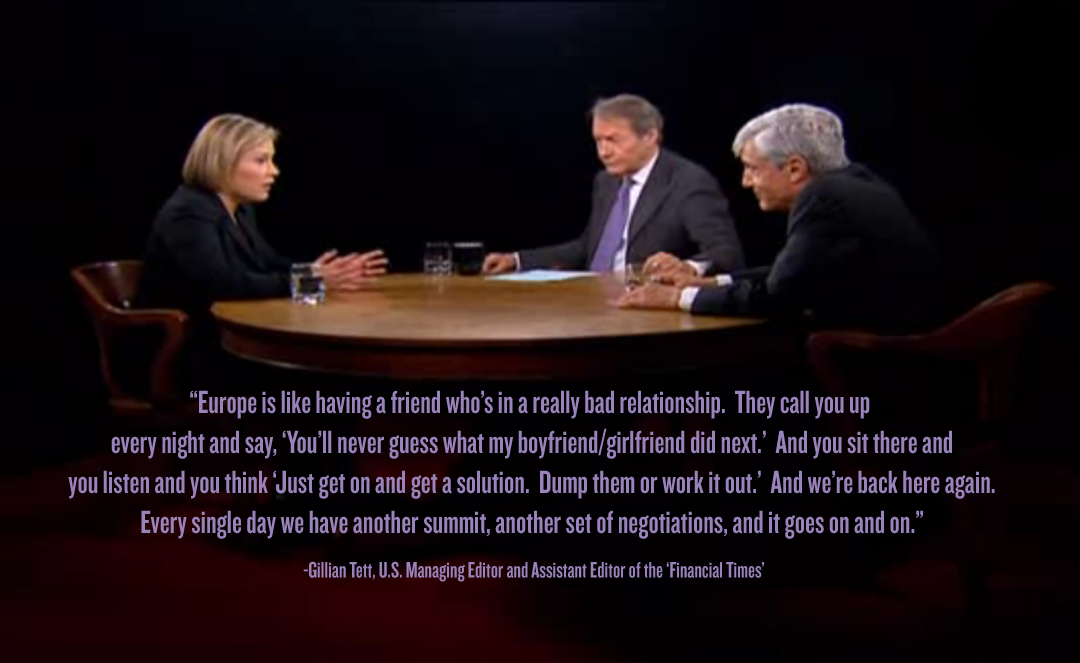 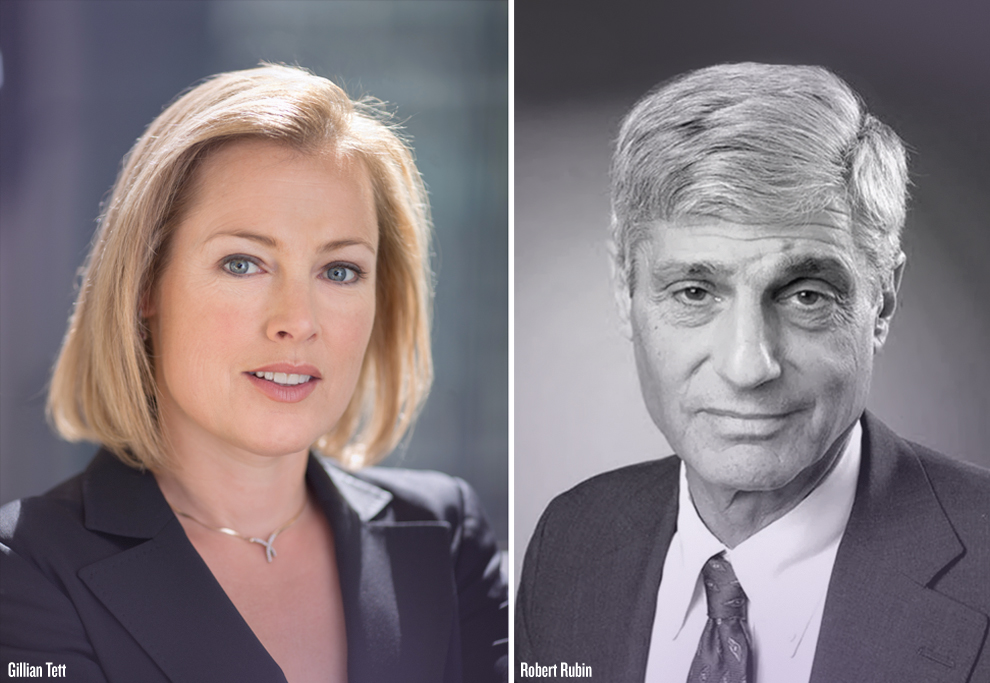 Previous post:
GLEE’s Cover Of “Do They Know It’s Christmas?” Is So Damn Good It Rivals The Original Next Post:
Listen To A Stunning 2-Minute Preview Of “Ashtray Wasp” From BURIAL’s Highly Anticipated EP “Kindred”