In their brand new feature article profiling the brilliant sound design behind Lars Von Trier‘s mindblowing new film Melancholia, they open with a small study of comparison.  How exactly does one bring the sounds of the apocalypse to life?  For Sidney Lumet’s Fail-Safe a whimper was used.  For the horrifying 1983 television movie The Day After, it was a bang (which didn’t depict the end of everything, exactly, but did portray the unthinkable).  And for his critically acclaimed new drama, von Trier chose to score the end of the world with Wagner.

The prelude to Richard Wagner’s opera “Tristan and Isolde” guides audiences through many of the film’s darkest and brightest moments. And the sound designer Kristian Eidnes Andersen, who also worked with Mr. von Trier on Antichrist, uses his understanding of music composition to bring those sounds to the height of emotional impact.  Mr. Andersen spoke to The New York Times by phone from Berlin, where Melancholia just picked up the best picture prize at the European Film Awards, about the ways he weaved Wagner’s composition into his custom-designed audio mixes to present a particularly dramatic, earth-scorching audio finale. “I’m both a composer and sound designer, so I was pleased to get to work with this Wagner piece,” he said.  Mr. Andersen needed to cut the prelude in various ways so it could be used strategically throughout the film. He recorded this edited version using the City of Prague Philharmonic Orchestra, with which he had worked on some of his own compositions. The music merges with the low rumbling sounds of Melancholia, the film’s titular planet, which threatens to engulf Earth in its orbit.  “I see the sound design of a film like a score,” he said. “Everything has to be treated with musicality, when you have silence, when you have dialogue. You have to choose your instruments and your parts. You have to mix your film like it was a piece of music.”

In the film’s final moments, which can be heard in the audio clip above, the sounds of the approaching planet and Wagner’s score come to a passionate summit.  “It’s the loudest thing I have ever mixed,” Mr. Andersen said. “I wanted it to struggle and fight with the Wagner piece, so it tries to drown the Wagner piece. I know it’s a little messy, but I wanted it to be very overwhelming and I think I succeeded with that.”  You can read the entire fascinating profile by visiting The New York Times.

SEE ALSO: Wagner’s Romantic 1870 Birthday Gift To His Wife Cosima Makes All Other Birthday Gifts To Wives Look Like Crap 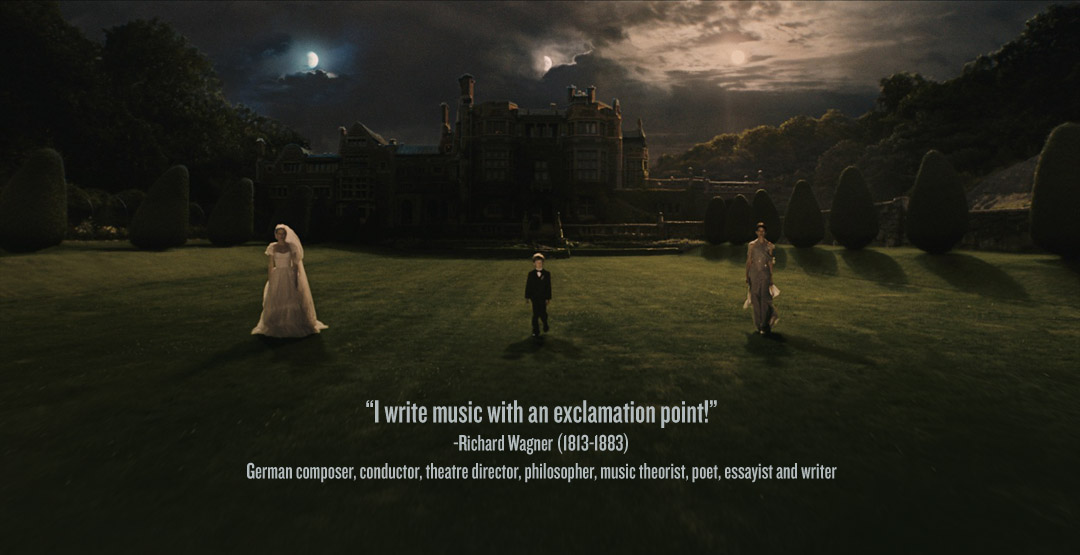 Previous post:
NBC’s Big 3 Chiefs Meet With Ryan Seacrest To Convince Him To Take Over For Matt Lauer On “TODAY” Next Post:
Tilda Swinton Week On FEELguide: How Groundbreaking Filmmaker Derek Jarman Forged Her Acting Career