The New York Times recently ran a feature story on the Wachowskis (the team behind The Matrix series) and their fight to bring Cloud Atlas to the big screen.  The story begins back in 2005 on the set of V For Vendetta when Natalie Portman gave Lana Wachowski a copy of the book by David Mitchell.  Lana was instantly swept off her feet by the novel’s six obliquely connected stories, and soon her and her brother Andy Wachowski were writing the script.

They finished writing the script about a year later and spent the next two years after that looking for financing, and only securing about 60% of the budget after having scoured the globe looking for anyone and everyone to invest in their film.  No studio wanted to touch it, so the financing deals had to be 100% private cash from investors.  Having worked their asses off, and not being able to line up the remainder of the money, they were close to giving up.  But rather than throwing in the towel, the producers translated the screenplay into more than half a dozen Asian languages and found that the film’s treatment of reincarnation resonated with potential investors in the East.  “The theme of the story is rebirth, and it comes straight from the basic ideal of Buddhism,” said Michelle Park, chief executive of the Bloomage Company, a Korean film distributor. Ms. Park describes her company’s investment as “unusually high” by Korean standards.  Money came from the Singapore container ship magnate Tony Teo; the Hong Kong film distributor the Media Asia Group, which made what its chief executive, John Chong, called the company’s “largest ever investment in a Western production”; and Dreams of the Dragon, a Beijing film company that had not previously invested in a major film. One of its owners, Wilson Qiu, in an e-mail, cited his “fascination with the source material.”

The film is currently shooting in Germany with Oscar winners Halle Berry and Tom Hanks, and it’s going extremely well.  In a phone interview with The New York Times, Berry said, “The biggest change for me as an actor is to have two different film units and two different film crews and to go between the two from one day to the next.”  She described playing “a Jewish woman in the 1930s” for the third director, Tom Tykwer, then becoming “an old tribal woman” for the Wachowski siblings the next day, and losing track of fellow cast members amid the layers of makeup and costumes.  “Some days I go into the trailer, I’ll be having a conversation — I won’t even know it’s with Hugh Grant until five minutes in,” Ms. Berry said.

The Wachowskis are notorious for their secrecy, but they showed six minutes of footage at the American Film Market in Santa Monica last month.  “It looks phantasmagorical,” said Victor Loewy, a seasoned international film distributor who bid on the United Kingdom rights after watching the clip. “It’s so unlike anything I’ve seen in 40 years in this business.”  You can read the full story at The New York Times. 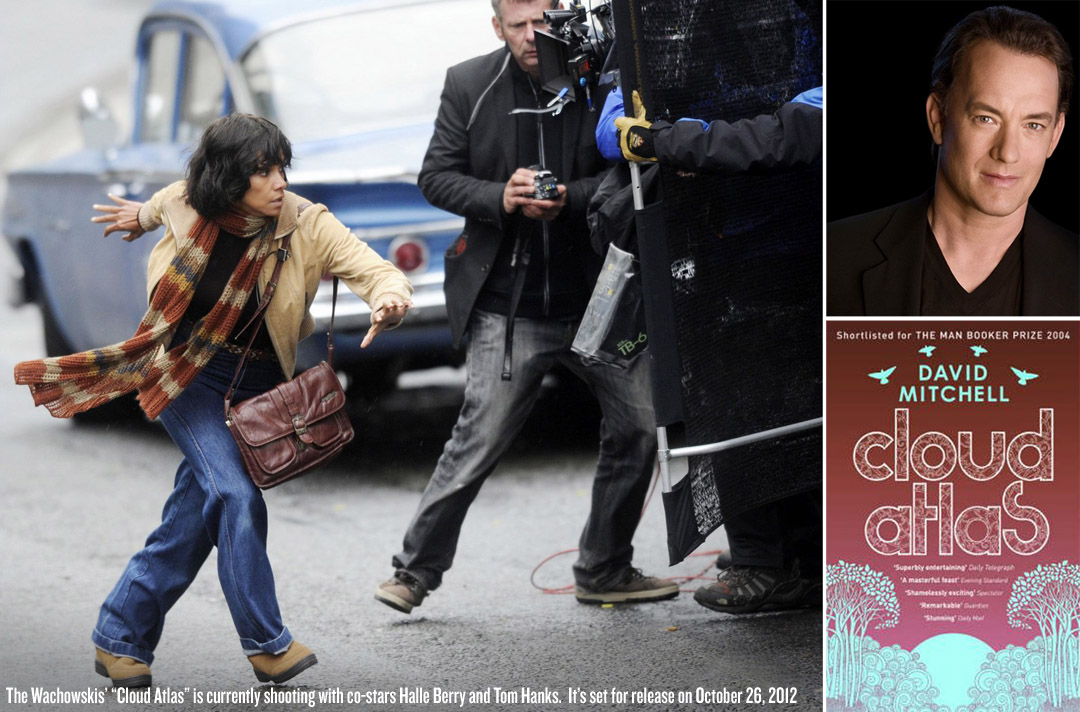 Previous post:
Charlie Rose’s Latest Instalment Of His “Brain Series” Explores Consciousness, And Is An Absolute MUST SEE Next Post:
LINKguide (December 7, 2012)