One film I’ve been looking forward to seeing for the past several months is director Andrea Arnold‘s interpretation of Emily Brontë‘s classic 1847 novel “Wuthering Heights.”  I first heard the huge buzz surrounding this film when it premiered at this year’s Venice Film Festival where it became one of the most talked-about films of the year — not entirely unexpected considering Andrea Arnold is the same director behind 2009’s extraordinary Fish Tank starring Michael Fassbender.  The following is the synopsis for Wuthering Heights: “A poor young English boy named Heathcliff is taken in by the wealthy Earnshaw family where he develops an intense relationship with his young foster sister, Cathy.”

The Playlist was one of the lucky few in attendance at the Venice premiere and the following is an excerpt from their glowing review: “The thing is, the changes to the established order aren’t really changes at all, but instead are steps towards Brontë’s original intention. The youthful casting (and splitting of the roles) helps to bring to life a world where, thanks to disease, exposure and unsafe childbirth, few live past forty, and the actors are closer to the ages intended by the author than any previous version. The other shake-up is a bigger leap, but it works beautifully. Heathcliff is described as dark and gypsy-like in the novel, but whereas recent inhabitants of the part have included Ralph Fiennes and Tom Hardy, Arnold has cast black actors in the role.  In the 2011 version, the character begins unable to speak any English, and is marked by whip-marks and brandings on his back, clearly a former slave of some kind, and it goes an enormous way to emphasizing his outsider role in the Yorkshire community, adding extra charge to his cruel treatment (witness Edgar saying that he’s dressed ‘like a little circus monkey’) without ever betraying the source material. It all adds up to the most sympathetic Heathcliff that we can recall on screen, something crucial in terms of the sometimes abominable acts he commits before the credits roll.”

You can read the entire review by visiting The Playlist.  Wuthering Heights is currently burning up the worldwide film festival circuit, so keep an eye out for it when it comes to a theater near you, and you can also watch the stunningly atmospheric trailer below.  Cannot wait for this. 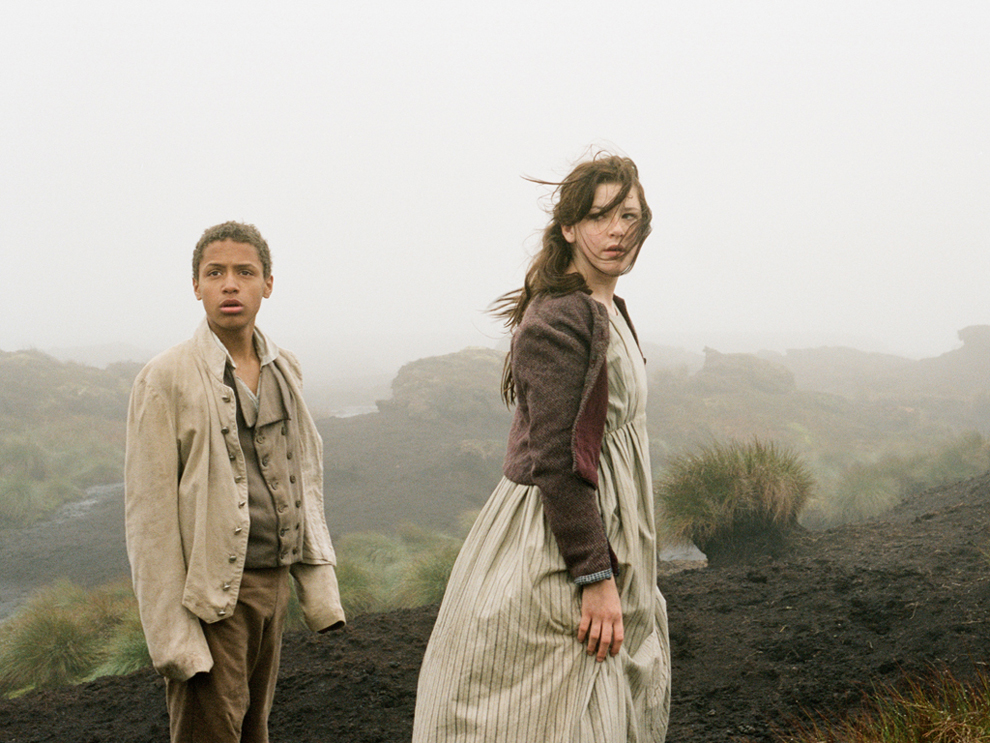 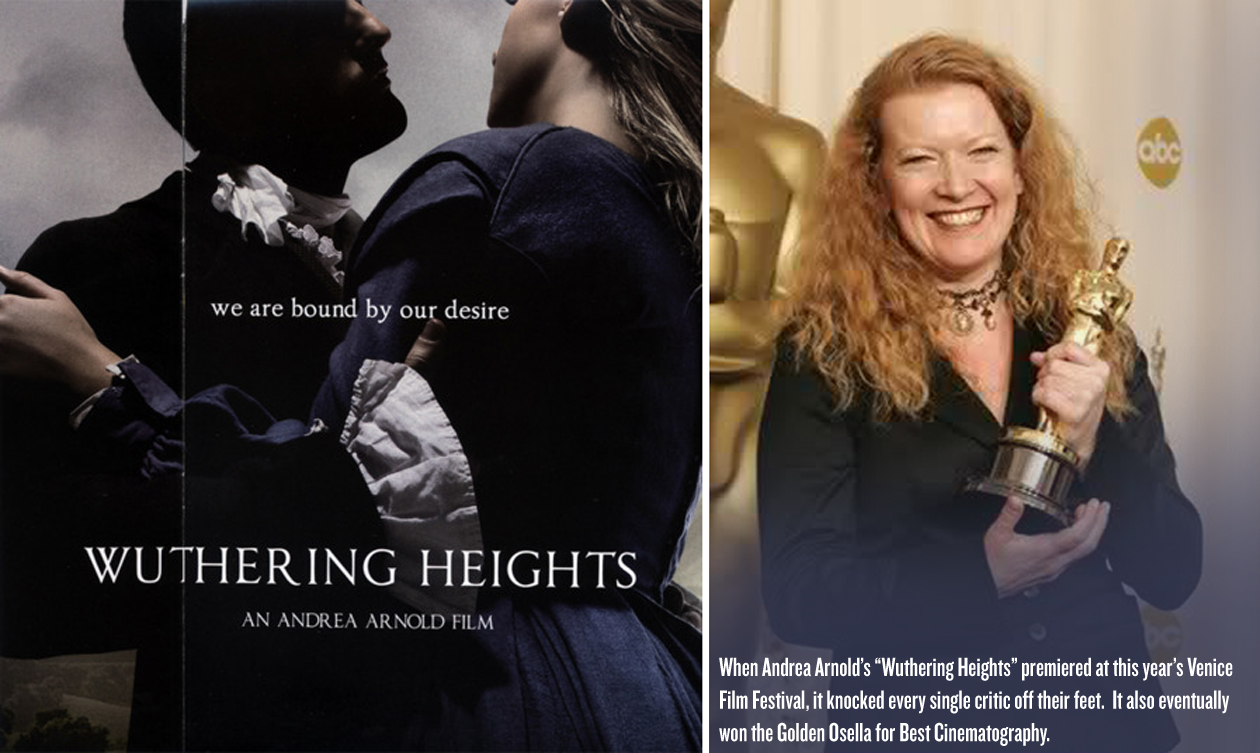 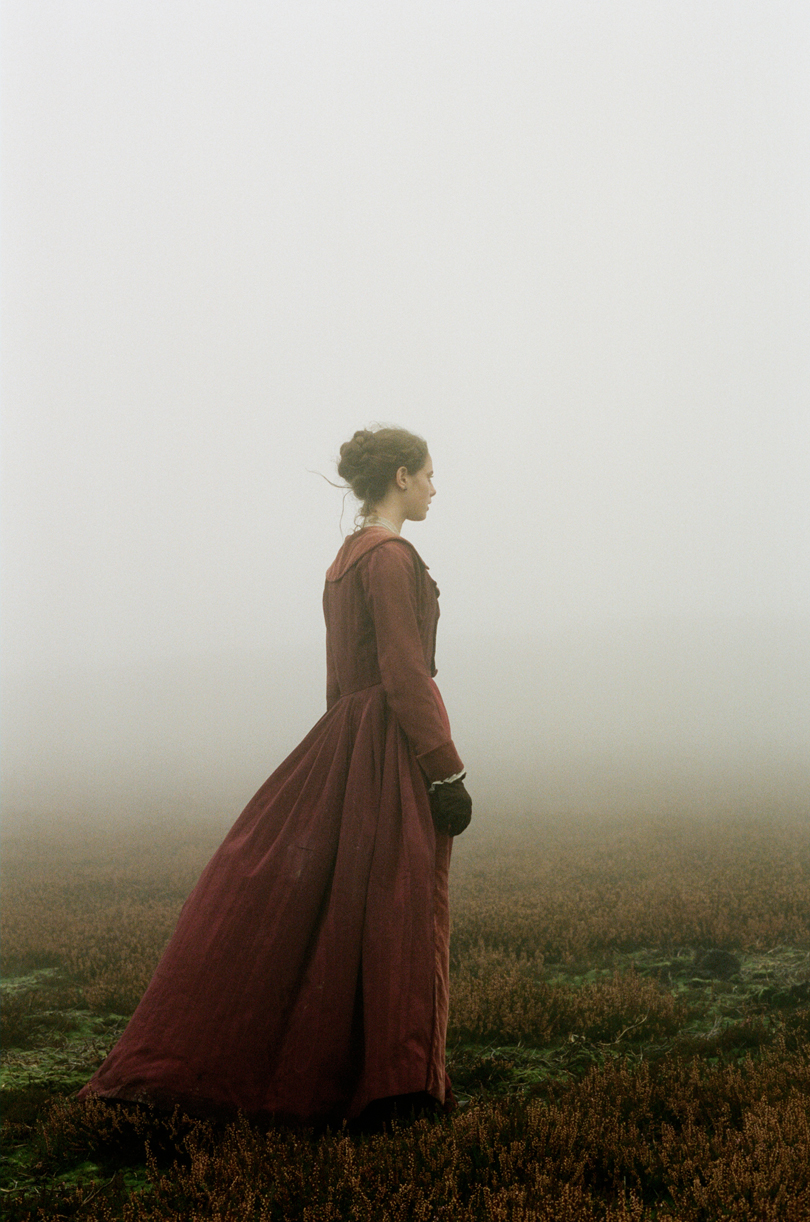 Previous post:
FEELguide’s Off For An Early Christmas Back Home (But Wish We Could Merge With The Hilfiger Family) Next Post:
Watch This Fascinating Stanford Presentation: “Does The Pursuit Of Happiness Acutally Make You Happier?”