The Power Of Puppy Love: Soldiers Reunited With Their Long Lost Dogs From Afghanistan

I caught this touching story last night while watching NBC Nightly News about a new project which is reuniting soldiers around the world with the dogs that stole their hearts back in Afghanistan.  As any soldier will tell you, war is a traumatic enough experience in its own right.  Making it even more painful is the fact that these brave men and women must abandon their lives back home.  Living thousands of miles from family and loved ones and facing the dangers of war often take a toll on troops, but inject some of that old-fashioned unconditional love that comes with man’s best friend and things become just a little more bearable.  The project is known as Nowzad Dogs, and it was founded by British soldier Corporal Pen Farthing.  Farthing has now assisted some 250 Afghan strays with adoption in the United States, UK, Canada, Holland and Australia.  “Having the dog for me was a way of just spending five minutes in normality,” Farthing told NBC News.  The organization American Dog Rescue is also involved, helping to spay and neuter the animals and ensure they are given all the necessary shots.  To read the full transcript of the story be sure to visit NBC Nightly News With Brian Williams. 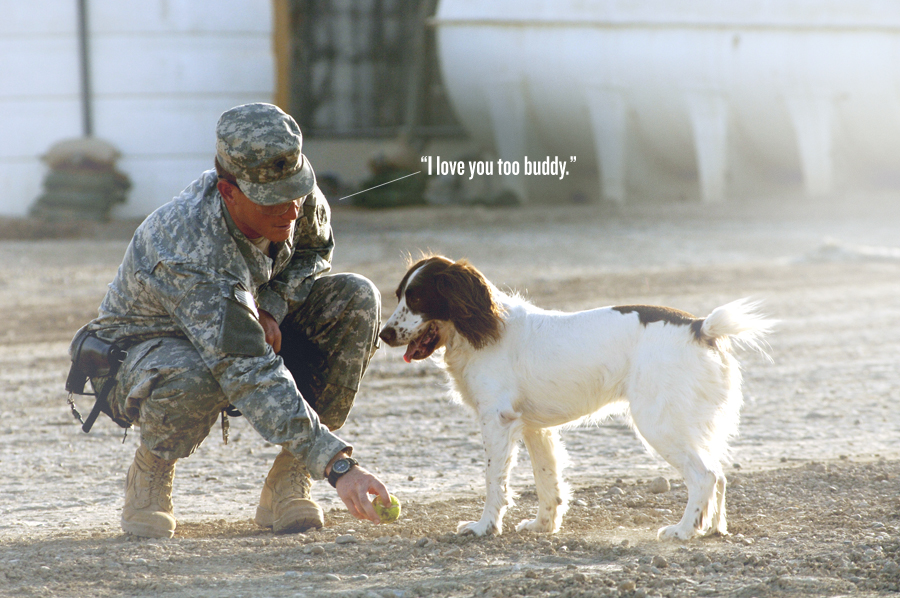