Even since his death in 1996, Carl Sagan remains perhaps the most important voice in championing mankind’s slow but certain voyage into the last great frontier: space.  Not only was Carl a renowned cosmologist, he was also an acclaimed astrophysicist, author, science popularizer and science communicator in astronomy and the Natural Sciences. He published more than 600 scientific papers and articles and was author, co-author or editor of more than 20 books. He advocated scientifically skeptical inquiry and pioneered the field of exobiology.  Sagan was passionate about the future of manned space flight and the importance of advancing the space program beyond earth orbit flights — and by “beyond” we mean way beyond.  And I couldn’t agree more.  I once read that if all stars in the universe were reduced to the size of a pin head, you could fill Miami’s Orange Bowl Stadium to overflowing no less than 3 billion times.  Yes — 3 billion times.  It is all but a scientific impossibility that Earth is home to the only life in the universe.  This morning I’ve been watching a series of beautifully edited clips from Carl where he expounds on the history of the space program, our relative place in the Universe, our fear of the unknown, and what lies beyond — not just in our Universe, but our destiny as well.  Sagan’s enchanting voice, mixed with his poetic musings on the heavens above have reduced me to a misty-eyed sap this morning.  Watching these clips has spun me into a place of nostalgic thought, as well as a hope-fueled dreamscape where the limits of our potential is measured only by the limits of our imagination.  For more gems like this one be sure to follow The Sagan Series on Facebook. 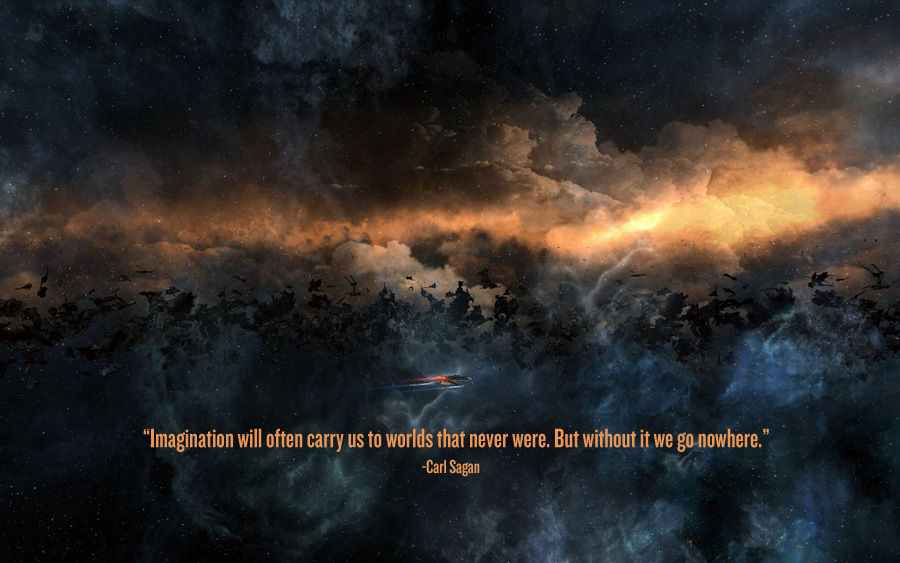