When it was released this past Monday, the brand new trailer for Meryl Streep‘s upcoming film about the life of Margaret Thatcher instantly had me hooked.  When the first trailer for The Iron Lady had come out in July it didn’t really tell us much at all, showing two of her shadow men advising her on how to be more leader-like.  But with this new preview we’ve been given a much better idea of what to expect, and enough to really get revved up for the film’s release on January 13th (although the film is beating the Oscar deadline by just a hair with its limited release in New York and Los Angeles on December 30th).  There are many impressive elements squeezed into this clip it’s difficult to touch on them all, but first off would be Streep’s chillingly spot-on portrayal of Thatcher.  Apart from the freakishly similar physical comparisons (i.e. the hair, the clothes, etc.), Streep has pretty much nailed Thatcher’s voice, loaded with all the nuances and subtleties that at times left me stunned at how much it sounds like the former Prime Minister.  The amazingness that is Jim Broadbent is always a thrill to see on screen (I’m still recovering from watching Another Year which you absolutely must see — read more HERE), and the 1970s-1980s aesthetic which they’ve brilliantly captured with the costumes, art direction, color palette, and photography is going to be another treat.  I’m seriously looking forward to this one.  To learn more about the extraordinary life of Margaret Thatcher CLICK HERE. 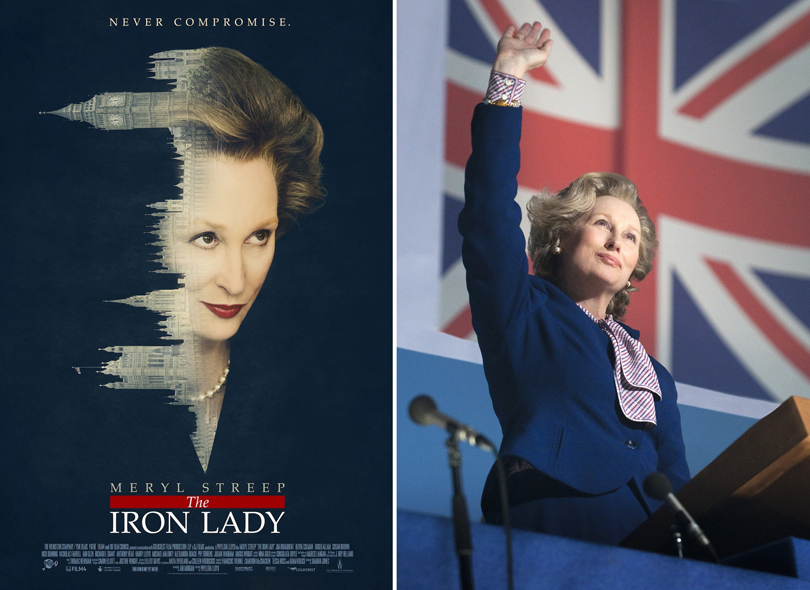 Previous post:
Halls New Track “I Am Not Who You Want” Is Blowing My Mind (And The Video Is Pretty Damn Amazing Too) Next Post:
Watch “Bundled, Buried, And Behind Closed Doors” Documentary About The Massive Infrastructure Of The Internet