The Wall Street Journal just published a report on what many Facebook users have been noticing over the past two days: a huge wave of grotesque images of violence as well as disturbing pornographic content that has been plaguing the profile pages of countless users of the world’s largest social network.  Today a representative for Facebook released the company’s first public acknowledgement of the situation: “Protecting the people who use Facebook from spam and malicious content is a top priority for us and we are always working to improve our systems to isolate and remove material that violates our terms.  We have recently experienced an increase in reports and we are investigating and addressing the issue.”

Facebook programmers are still trying to pinpoint the exact cause of the surge in graphic content, but have narrowed it down to two possibilities: 1) hackers exploiting a vulnerability in Facebook’s mammoth code, or 2) users falling for a link spam virus, a common virus-delivery mechanism where users are lured into clicking on a supposedly harmless link which ends up being broadcast on their profile pages.  Users are being advised to to tighten their privacy settings, restrict as much as possible their friends’ ability to tag them in posts and pictures, as well as install up-to-date anti-virus software on their computers.

The problem comes at the most inconvenient moment for the company as it launches Facebook Timeline to its 800,000,000 users around the world.  Timeline is a giant revamping of the site which will chronologically organize every action made by each user on Facebook.  Certainly, no one will want their journals contaminated with material as offensive (and visible) as this, and as The Wall Street Journal notes: “Whoever or whatever is to blame, the damage needs to be contained and fast.  It’s precisely this kind of problem which is likely to drive people away from the site.”  You can read the full article at WSJ. 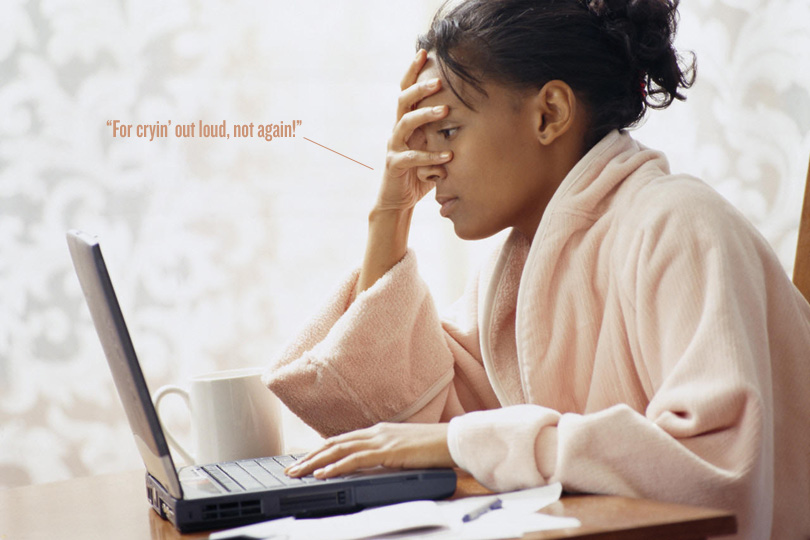