This coming Friday will be the last time we get to see Regis Philbin as co-host of his nationally syndicated morning talk show LIVE! With Regis and Kelly.  The program debuted locally in 1983 in New York City with Kathie Lee Gifford as co-host, and went national in 1988.  Kelly Ripa replaced Gifford as co-host in February 2001, and just last week Ripa signed a brand new 5-year deal with Disney ABC Domestic Television to remain as host through at least 2017.  I love Kelly to pieces and I’m excited to see the show evolve, but there’s no doubt that things will definitely be different when Philbin steps down.  Regis currently holds the Guinness World Record for Most Hours on Television, with more than 17,000 hours and counting.  There’s really no one quite like Regis and his retirement closes a legacy chapter in television history.  You will be missed Reege! 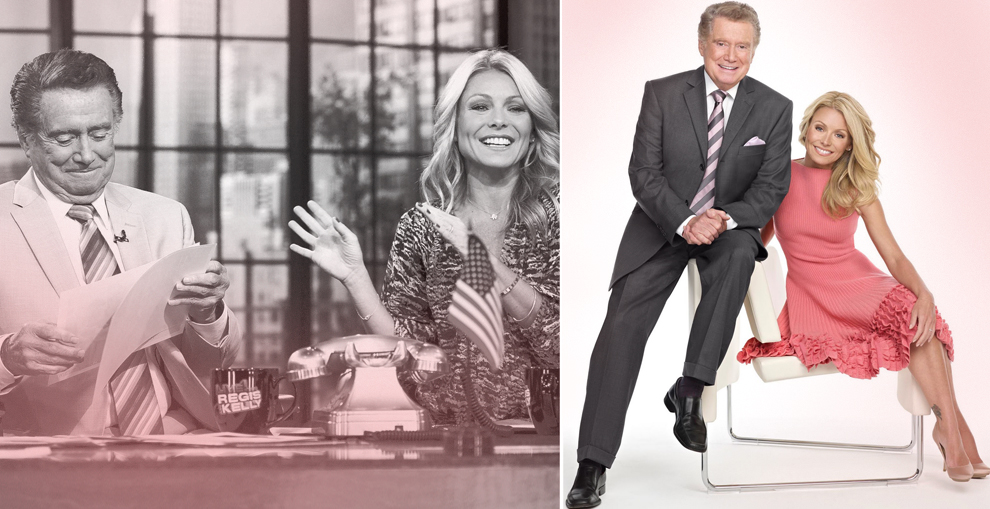 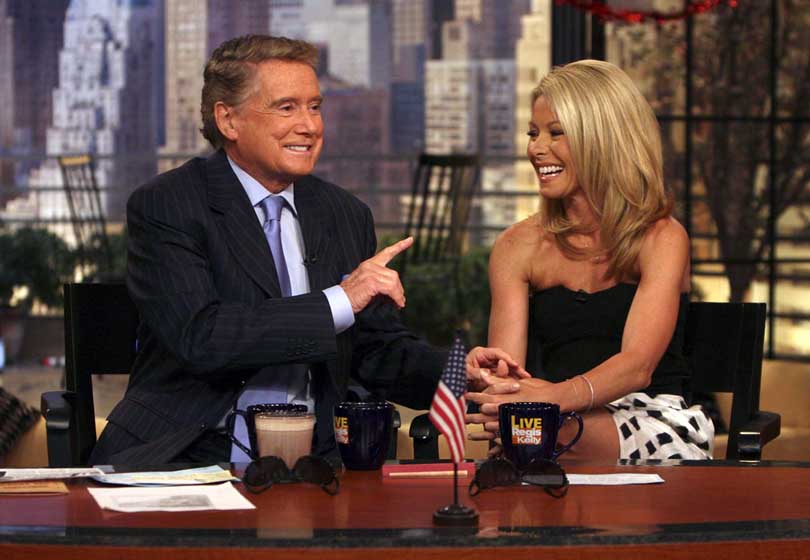 Previous post:
The WOW Files: Charlie Rose And Gayle King Sign On To Host CBS’s “The Early Show” Starting January Next Post:
Brilliant FireText™ Smoke Alarm Will Send You An Automated Text Message At The First Sign Of A House Fire