Back in November 2009 the pre-production offices for IMMORTALS first opened here in Montreal, and from then until June 2010 me and the entire art department worked our tails off to put the story of the buff Greek hero Theseus on the screen.  Now two years later, the film is finally out and I’m looking forward to seeing how our set designs turned out after all this time.  The Playlist recently reviewed the film and they gave the art direction two major thumbs up:

But when our characters take up the sword, duck and cover. As far as 3D action pictures, no film has looked as captivating as “Immortals”. Surfaces pop, startle, sneak in from the corner of the frame. Visually, you could mute the film’s dialogue and come away with the immensely satisfying experience of a never-boring art installation. Skulls and innards flying at you in three visual dimensions, a feast for the eyes that is constantly producing surprising visuals, from the shimmering Epirus Bow to the otherworldly gold chain mail sported by the Gods. When it comes to at least one of the senses, “Immortals” will stun you in ways you may never forget.

Beautiful sets and lots of half-naked men?  What’s not to love?  Most eyes will likely be zooming in on the hotness that is Henry Cavill who plays Theseus, and who also nabbed the role of Superman in Zack Snyder’s reboot of the franchise.  Henry got the part almost immediately after IMMORTALS wrapped up shooting here, and as soon as the news was announced the entire crew felt a whole lot of pride.  He’s not only easy on the eyes, he’s also as sweet as pie.  You can read the entire review of IMMORTALS by visiting The Playlist, and check out the trailer, as well as some of my drawings and some candids and stills from the film. 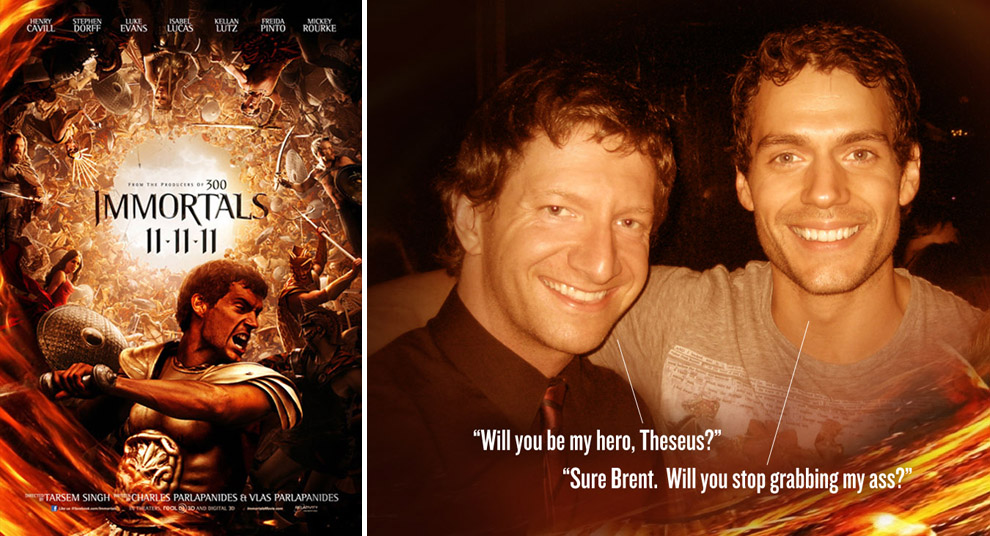 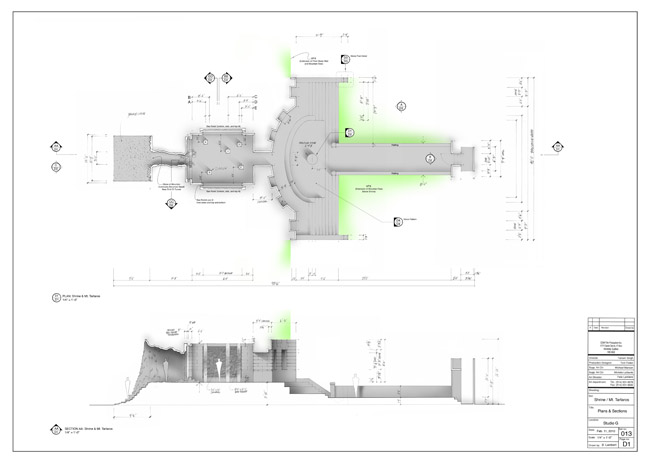 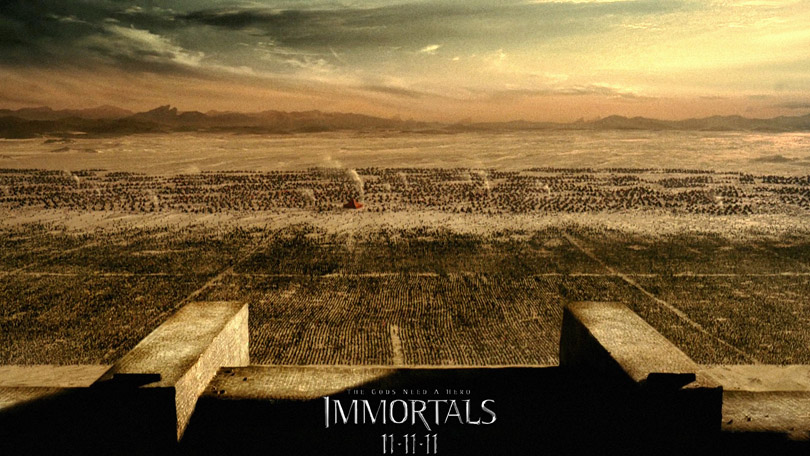 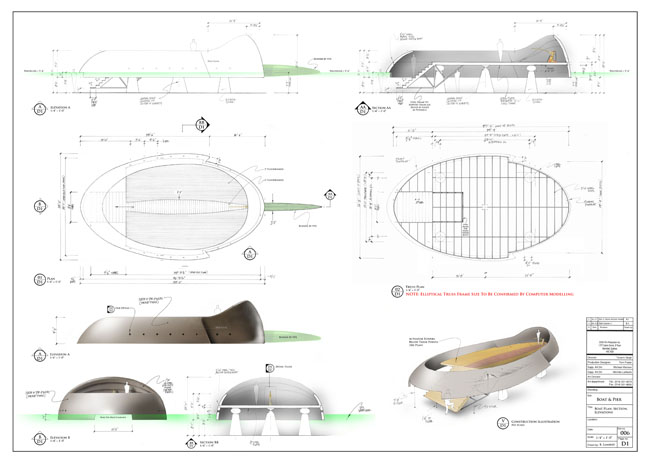 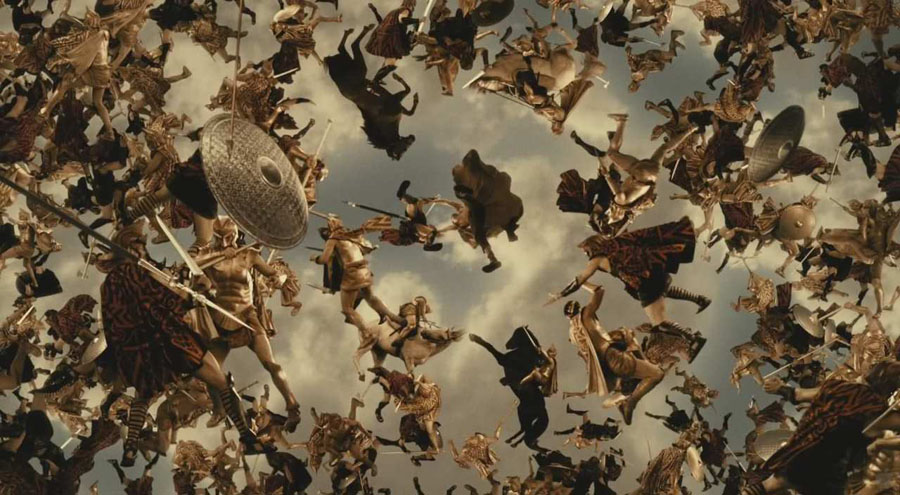