60 Minutes Profiles 12-Year-Old Composer Prodigy: “We Haven’t Seen The Likes Of This In More Than 200 Years”

First published by CBS News 60 Minutes (February 11, 2009)  ☛  Jay Greenberg is an American composer who some say is the greatest musical genius to come along in 200 years. He wrote five symphonies by the time he was 13 years old.  Correspondent Scott Pelley first met Jay two years ago when his works were being performed on stage; the story was seen by executives at Sony BMG, who signed Jay as a recording artist. Recently, Pelley caught up with the young composer again in Britain, where the London Symphony Orchestra was recording Jay’s fifth symphony.  Jay, who signs his works with the nickname “Bluejay,” is 14 now. When he caught the ear of 60 Minutes in 2004, this remarkable boy was only 12 years old and had written a piece called “The Storm,” commissioned by the New Haven Symphony in Connecticut.

He wrote every note for each and every instrument — and the really amazing part is that he wrote it in just a few hours.  Composer Sam Zyman says we haven’t seen his like in probably 200 years. “We are talking about a prodigy of the level of the greatest prodigies in history when it comes to composition. I am talking about the likes of Mozart, and Mendelssohn and Saint-Saëns,” he tells Pelley.  Zyman taught music theory to Jay at the Julliard School in New York, where he has been teaching 19 years.  “This is an absolute fact. This is objective. This is not a subjective opinion,” Zyman says. “Jay could be sitting here, and he could be composing right now. He could finish a piano sonata before our eyes in probably 25 minutes. And it would be a great piece.”

How is it possible? Jay told Pelley he doesn’t know where the music comes from — but that it comes fully written, playing like an orchestra in his head.  “As you hear it playing, can you change it as it goes along? Can you say to yourself, ‘Oh, let’s bring the oboes in here,’ or ‘Let’s bring the string section here?'” Pelley asks.  “No, they seem — they seem to come in by themselves if they need to,” Jay replies. “It’s as if the unconscious mind is giving orders at the speed of light. You know, I mean, so I just hear it as if it were a smooth performance of a work that is already written when it isn’t.”  You can read the full story at CBS News and watch 60 Minutes’ feature profile below. 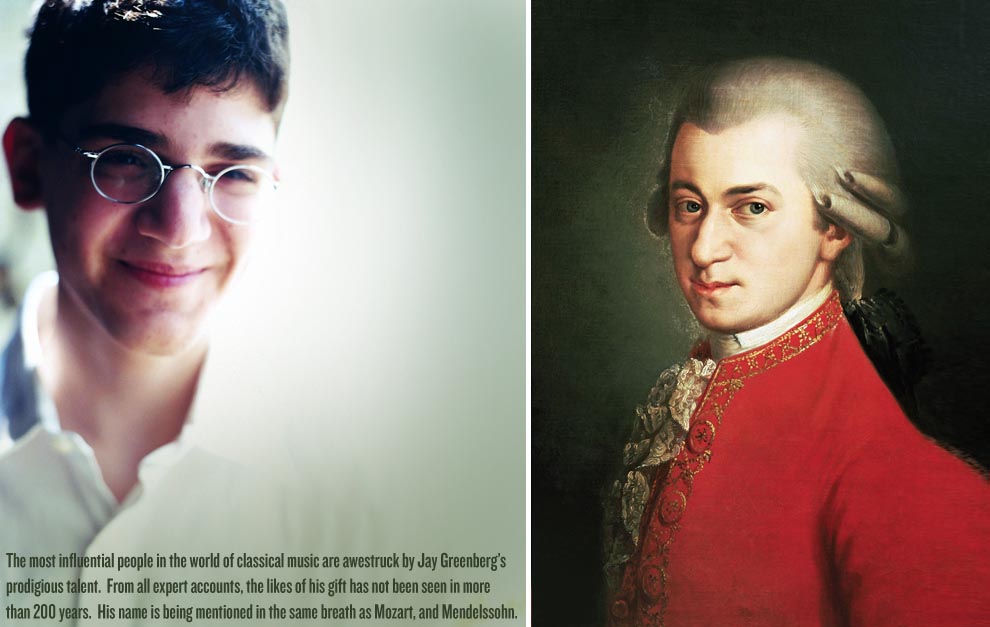