Salman Rushdie, Sean Penn, And Others Gather For An Evening To Celebrate The Life And Mind Of Christopher Hitchens

Christopher Hitchens, the award-winning writer, journalist, and Contributing Editor of VANITY FAIR, is widely regarded as the most important living public intellectual in the world.  His remarkable acumen, brilliance, unparalleled command of the English language, and overall gift of reason have deservedly commanded him his place in the pantheon of the greatest writers and the greatest minds of our time.  And it was a celebration of Christopher’s life and his work which brought together his fans and his closest friends for a truly special evening last night in London.  Organized by Intelligence Squared, the event took place at London’s Royal Festival Hall, and was originally going to be a conversation between Hitchens and his close friend Stephen Fry.  Unfortunately, Christopher had to pull out of the event at the last minute because he contracted pneumonia (Hitchens is currently battling esophageal cancer).  Producers of the show quickly put the calls out to Hichens’ close friends, including Salman Rushdie, Martin Amis, and Richard Dawkins, and rebranded the evening into a collective love-in for the man that so many people have come to love and admire.  Journalists from around the world were in attendance, including The Huffington Post which published a terrific article on what took place.  The following is an excerpt:

Satirist Christopher Buckley then appeared on the screen and took the evening back into the realm of anecdote, and had the audience rocking in their chairs with a story of how Barbara Streisand once “caught fire” at one of Hitchens’ weekly drinking sessions in Washington.

James Fenton recited a poem of his called “The Skip” that Hitchens had requested, and Salman Rushdie elucidated some of their clique’s notorious word games such as “Hysterical Sex”, in which you take the name of a famous book or film and substitute the word “love”, for the phrase above, thereby achieving titles such as “Hysterical Sex in the Time of Cholera”, or (one of my own), “From Russia with Hysterical Sex.”

It was, however, Martin Amis who provided the evening’s most entertaining moments. Going through old photographs with Stephen Fry, he was fantastically funny, noting a baguette stowed away in Hitchens’ top pocket while in Paris, and remarking upon his abundant sprouting chest-hair in another that showed him smoking a cigarette while holding a brace of pheasants on the Rothschild estate.

Hitchens’ absence was sad, although during the course of the evening Fry received two messages sent by the author Ian McEwan who was watching the event live with Hitchens in Washington, and this went some way towards convincing the audience that they were somehow in the presence of the individual in question.

You can read entire article by visiting The Huffington Post.  You can also read some other terrific profiles of the event courtesy of New Statesman, and The Spectator.  To watch the entire program be sure to visit Intelligence Squared, and to watch a short clip of one moment from last night featuring Salman Rushdie you can visit FORA.  Below I’ve attached one of my favorite “Hitchslaps” taken from a 2009 event where Christopher Hitchens and Stephen Fry debated African Catholic Archbishop John Onaiyekan and Catholic MP Ann Widdecombe.  I’ve also attached an interview with Christopher and Charlie Rose.  For all FEELguide posts related to Christopher Hitchens CLICK HERE, and be sure to follow Christopher Hitchens on Facebook. 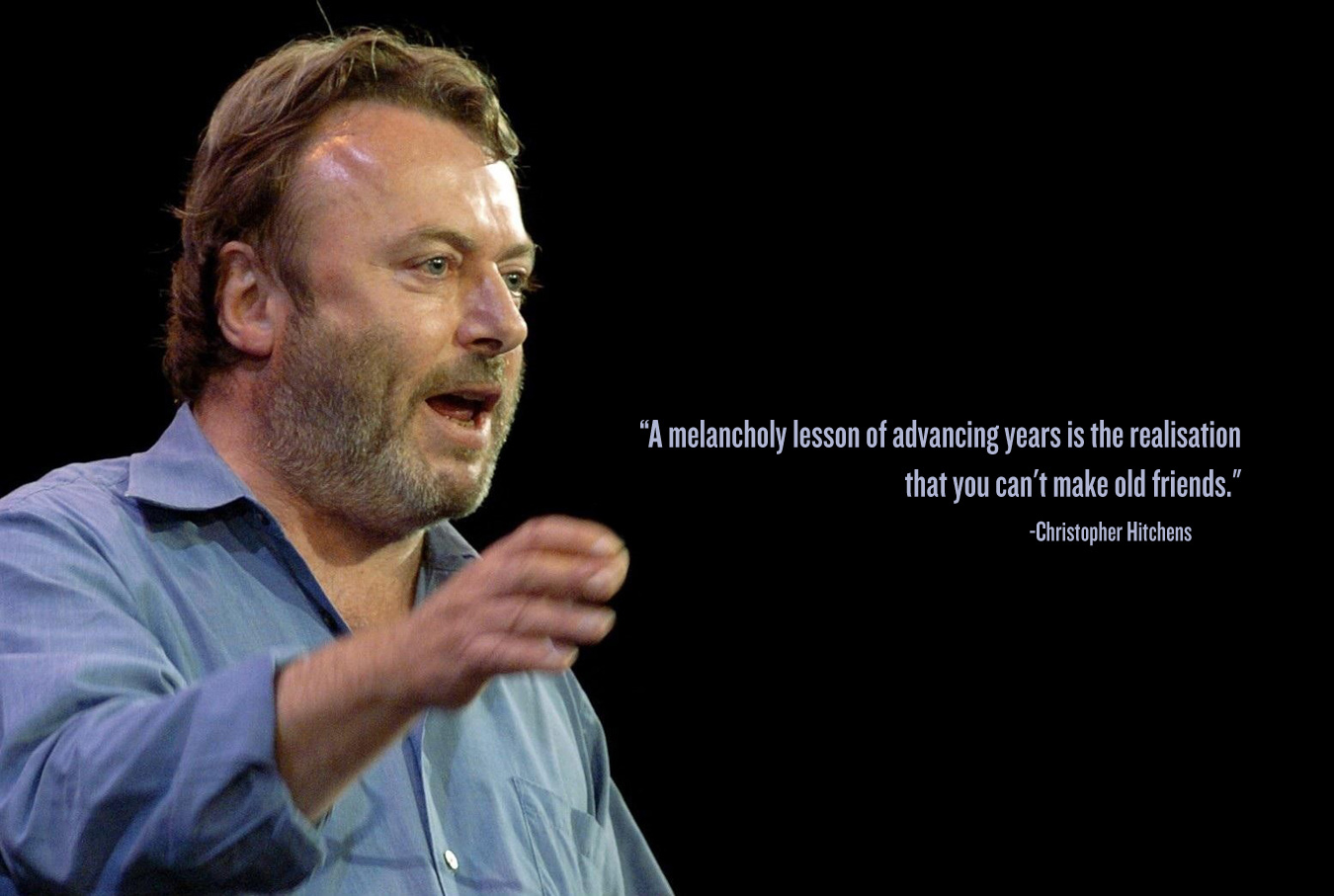