Foxes In Fiction just posted their cover of Neil Young‘s “Tell Me Why” on his Facebook page, and remarked “Forgot about this one.”  I have no idea exactly how he could forget about it though, because it’s just about the best damn cover of the song I’ve ever heard in my life.  Toronto-based Foxes In Fiction (the moniker of immensely talented 22-year-old musician Warren Hildebrand) never ceases to impress me; his beautiful brand of self-described “healing pop” consistently pushing all the right buttons for me at all the right times.  If you’re ready to fall in love at first sound, take a listen to some Foxes In Fiction gorgeousness over at iTunes, and be sure to visit his website FoxesInFiction.com.  “Tell Me Why” was released in August 1970 on After The Gold Rush, Neil Young’s third studio album.  It was recorded during the most prolific point of Young’s career and the album was hailed as a “masterpiece” by Rolling Stone magazine.  The editors and staff of Rolling Stone, along with Q Magazine, Pitchfork, and TIME magazine, have heralded the record as one of the 100 Greatest Albums Of All Time.  To listen to the legendary album CLICK HERE, and to hear Neil Young’s original version of “Tell Me Why” CLICK HERE.  For more on the life story and the music of Neil Young CLICK HERE. 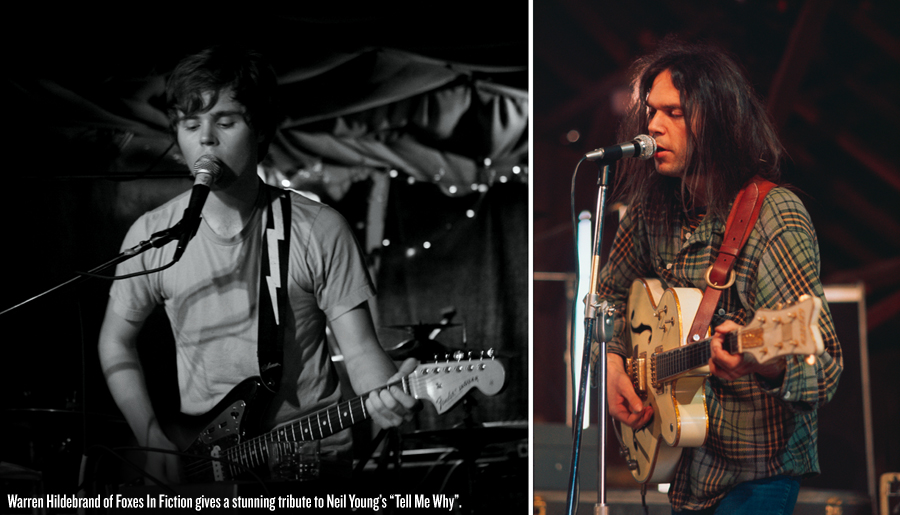 Previous post:
First Trailer Released For Ryan Gosling’s New Film “Quiet Ryan” Next Post:
Salman Rushdie, Sean Penn, And Others Gather For An Evening To Celebrate The Life And Mind Of Christopher Hitchens