Funny Or Die just posted this cheeky clip of Ryan Gosling‘s performances from his latest batch of films including Drive, Crazy Stupid Love, The Ides of March and Blue Valentine.  Every great actor has their own bag of tricks, and Ryan is no exception.  And one of his best devices appears to be his trademark hushed steely reserve.  Less is always more, so stringing clips of Ryan’s “less” moments all together ends up creating “more” of his “less”, but it’s still more or less a flattering compliment to Gosling’s mad skills as the greatest young actors of our time.  At 30-years-old, Gosling’s thespian mastery has already secured him a spot alongside the very best.  Legendary actor Anthony Hopkins considers Gosling to be the most influential and exciting actor of his generation, and The Wall Street Journal recently wrote the following about Ryan’s performance in Drive: “the ongoing mystery of how he manages to have so much impact with so little apparent effort. It’s irresistible to liken his economical style to that of Marlon Brando.  But peerless though Brando was, he could be mannered to the point of self-parody. That has not happened to Mr. Gosling.  He and this powerful film, which is ultimately about a moment of grace, deserve each other. He’s the medium’s most graceful minimalist.”  And Peter Travers of Rolling Stone described him as “dynamite in the role, silent, stoic, radiating mystery.”

SEE ALSO: “Crazy, Stupid, Absinthe, Love.”
SEE ALSO: “Drive” Is One Of The Best Films Of The Year (& The Music Is Pretty Amazing Too) 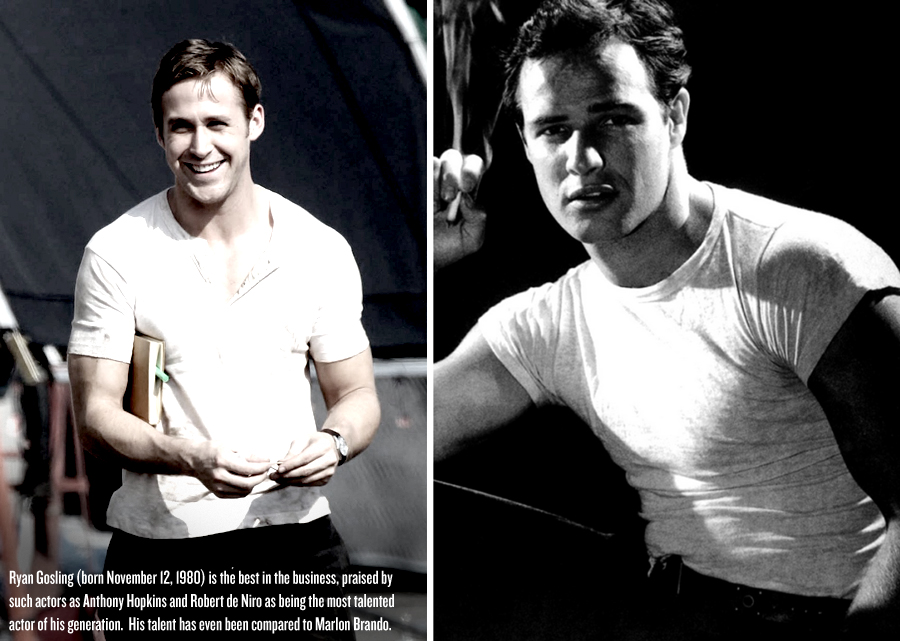 Previous post:
FEELguide Back Online After Massive Bluehost Outage Next Post:
Listening To Foxes In Fiction’s Brilliant Cover Of Neil Young’s “Tell Me Why” Leaves Me Wanting More