The Hardest Working Funny Girl In Hollywood: How I Learned To Stop Worrying And Love Jennifer Aniston

Few A-listers have had more undeserved shit dumped on them than Jennifer Aniston.  I’ve worked in film for ten years now, and although I’ve never worked with her personally, I’ve encountered several people who have, and they all tell me the same thing: she’s not only one of the nicest people you will ever meet, she also works harder than anyone else.

So why so many haters?  Perhaps it’s the freakish span of luck she enjoyed with the freakishly profitable international success of Friends?  Or perhaps it was the jealousy she spawned by getting to boink Hot Mr. Pitt for so long during his prime?  Or perhaps it’s getting to reap the rewards of having a seemingly ageless and beautiful body while sitting on top of millions of dollars?  Whatever the cause, I’m sensing that the tide of animosity is beginning to turn for Jennifer, and all those jealous haters out there are now realizing that the time has come to stop hating the girl who seems to have it all.  She’s been around the block a few times, she’s paid her dues, and it’s time to cut her some slack.  What’s more, it’s time for all those jealous haters to admit what they’ve known deep down to be true all along: the girl’s got a major comedic gift.  The road to Hollywood is paved with dramatic actors who’ve tried their hand at comedy and have failed miserably.  Some people simply cannot pull it off.  So perhaps this is another reason so many people are jealous of Jen — she makes comedy look so easy.  Case in point is the brand new trailer for Wanderlust, co-starring Paul Rudd, where she plays the wife of a down-and-out guy who just lost his big Manhattan job.  Soon enough they find themselves living in a hippie, tree-hugging commune.

The film is directed by David Wain (who also directed 2008’s absolutely hilarious Role Models), and was co-produced by none other than Mr. Comedic Midas Touch himself, Judd Apatow.  Rounding out the supporting cast is Malin Akerman, Ray Liotta, Alan Alda, Justin Theroux (Jen’s current real-life beau) and Ken Marino (who co-wrote the script).  Worth noting is the fact that this is an R-rated comedy, so the trailer below is missing some of the best zingers.  To get an even better sense of what we’re in store for, be sure to keep an eye out for the film’s raunchier red band trailer which should be released in the coming weeks.  Wanderlust opens wide on February 24, 2012, and you can follow the film on Facebook, and be sure to visit the movie’s website at WanderlustMovie.net.  And yes, I love you too Jen. 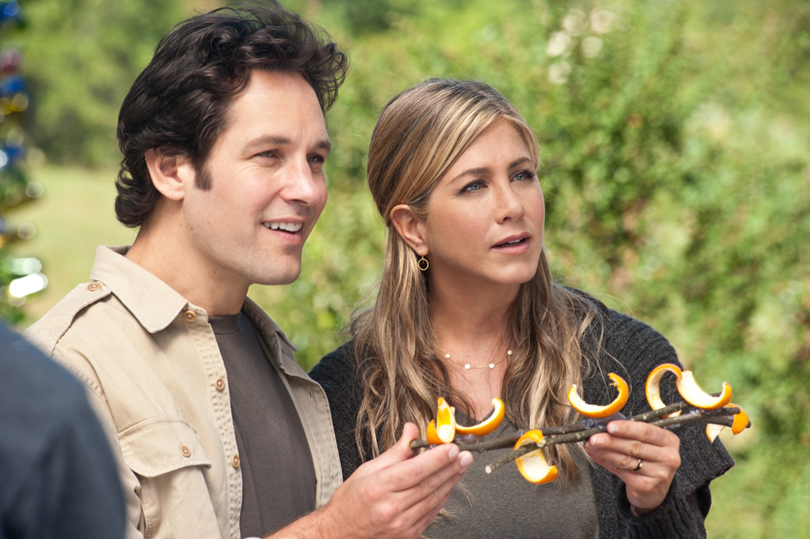