Scientists with the Harvard-Smithsonian Center For Astrophysics as well as Princeton University have recently published a paper recommending the search for intelligent life should put increased focus on scouring distant planets for reflected nighttime city light.  The premise is very clear: if there are planets with advanced human-like intelligence then they have most certainly discovered how to create artificial light, and even large-scale urban environments which would be easily visible by our advanced telescopes.  The Harvard-Smithsonian Center for Astrophysics explains:

The most advanced telescopes on earth would currently be capable of observing a Tokyo-sized city as far away as Pluto.  With the rapid advancement in telescope technology we will soon be able to scope out the 1,235 Earth-sized planets which NASA’s Kepler mission has discovered up to now.  The advantage of this new direction is that it would require no extra resources.  And as our own planet becomes increasingly urbanized, maybe it will be us that gets discovered first. 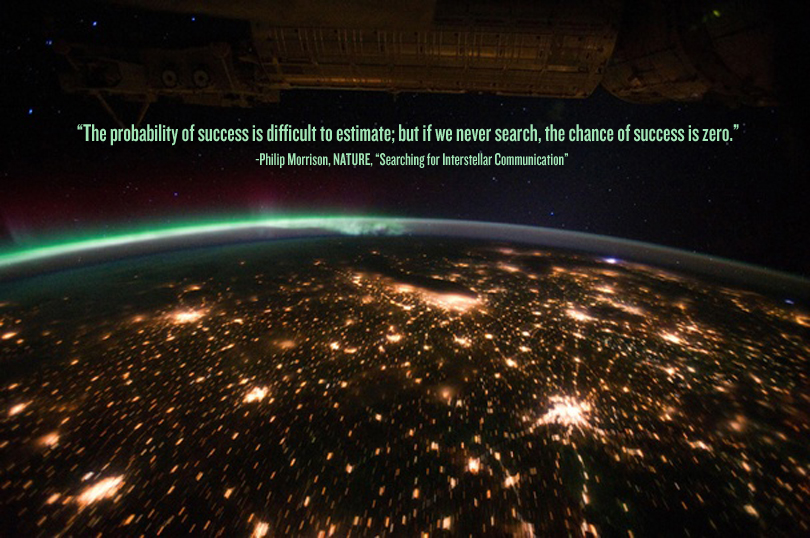