Justin Timberlake’s career is one which would be next to impossible to copy.  He has pretty much taken the concept of “triple threat” and doubled it — from fashion to music to entrepreneurialism to much more, Justin seems able to balance a huge number of balls and talent simultaneously.  His acting career has been his favorite love affair lately, and it’s paying off in a major way.  His latest coup was announced by VARIETY last week which reported that Timberlake has been offered a leading role in the Coen Brothers’ upcoming film set in the 1960s folk music scene entitled Inside Llewyn Davis.  The film currently has Oscar Isaac and Carey Mulligan attached, and it tells the story of a “struggling folk musician born and bred in Queens who, despite being a talented singer and guitarist, just can’t seem to make ends meet playing music.”  The Playlist also took a close look at the project and gave the following details: “The titular role of Davis (which Isaac will play) was previously noted to be loosely based on Dave van Ronk, an American folk singer who presided over the ‘60s Greenwich Village scene, which gave birth to a new wave of artists that included Bob Dylan, Phil Ochs, Ramblin’ Jack Elliott and Joni Mitchell.”  Shooting kicks off in New York in early 2012. 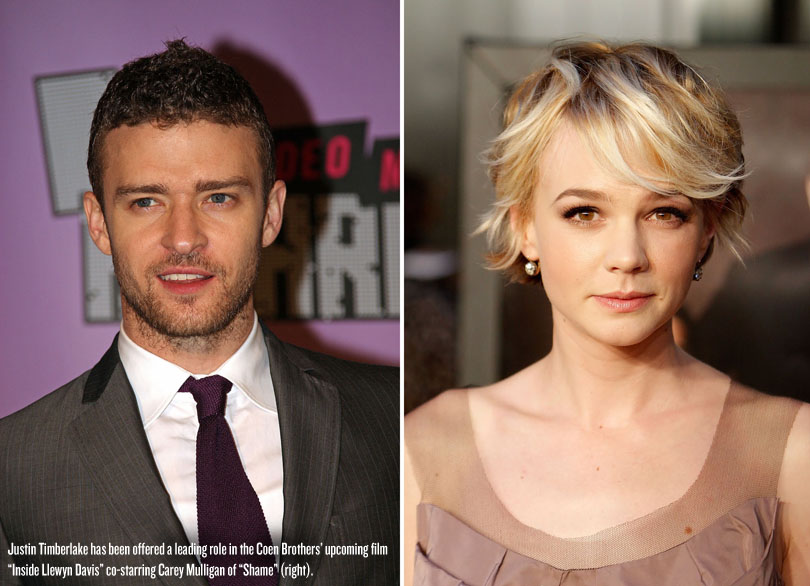