Forbes And The Los Angeles Times Speculate Gadhafi Died With Massive $200 Billion Fortune, Making Him One Of Wealthiest People In Human History

Moammar Gadhafi will not only go down in history as one of the biggest ass-wipes in world history, but it’s looking as if he will also go down as one of the wealthiest.  This past weekend The Los Angeles Times broke the story that Gadhafi, “secretly salted away more than $200 billion in bank accounts, real estate and corporate investments around the world before he was killed.”  A fortune of this size would rank as greater than the combined wealth of the world’s three richest men: Carlos Slim, Bill Gates and Warren Buffett.  This would even put his wealth above that of nearly every single great American industrialist, except for Andrew Carnegie and John D. Rockefeller.  This week Forbes crunched the numbers (Forbes has long separated rulers and dictators from their annual rankings of the World’s Billionaires) and took a close investigate look at Gadhafi’s finances and you can read their full report at Forbes.com.  You can also read the report that was published this past weekend by The Los Angeles Times.  And to learn more about what is going to happen to Libya’s vast oil reserves be sure to visit The New York Times. 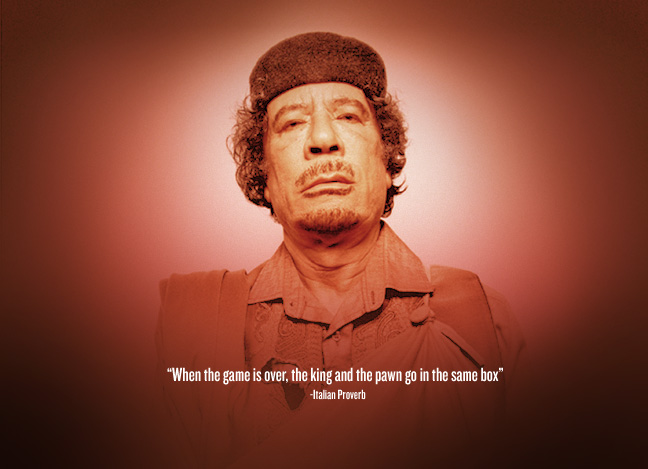