HO. LY. CRAP!!! This weekend I went to see Jeff Nichols’ Take Shelter and was absolutely blown away.  I had been waiting to see this film for several months now, and I knew my expectations were high, which is why I turned to my friend Martin before the movie started and immunized myself from any disappointment by saying, “OK, this is going to be crap.  My hopes are way too high and there’s no possible way they can be met now.”  This proved to be the most unnecessary preventative measure, because Take Shelter is not only one of the best films of the year (if not the best), it’s one of the best films I have ever seen.  Period.

A masterfully crafted study of paranoia and doomsday prophecy, the story follows a young husband and father plagued by a series of apocalyptic visions, who questions whether to shelter his family from a coming storm, or from himself.  Tree Of Life star Jessica Chastain gives a phenomenal interpretation of Samantha Laforche, wife of Curtis Laforche played by Michael Shannon.  And when I left the theater there was suddenly one thing I knew for certain: Michael Shannon can expect with 100% certainty that his life and career are forever changed, because there is no doubt he will be nominated for a Best Actor Academy Award this year.  Shannon is simply out of this world, and his performance will take your breath away.  What’s even more incredible is that Take Shelter is only the second feature film directed by newcomer Jeff Nichols.  The man’s phone must be ringing off the hook right now, because he is undoubtedly one of the most fascinating young directors to breakout in recent years.  One of my mantras in life is to “always have something to look forward to.”  So long as Jeff Nichols continues to make films, this is one mantra that is easily taken care of.

Take Shelter is currently playing in select theaters, and you can learn more by visiting the film’s website at SonyClassics.com.  Please do yourself a huge favor and run to see this film. 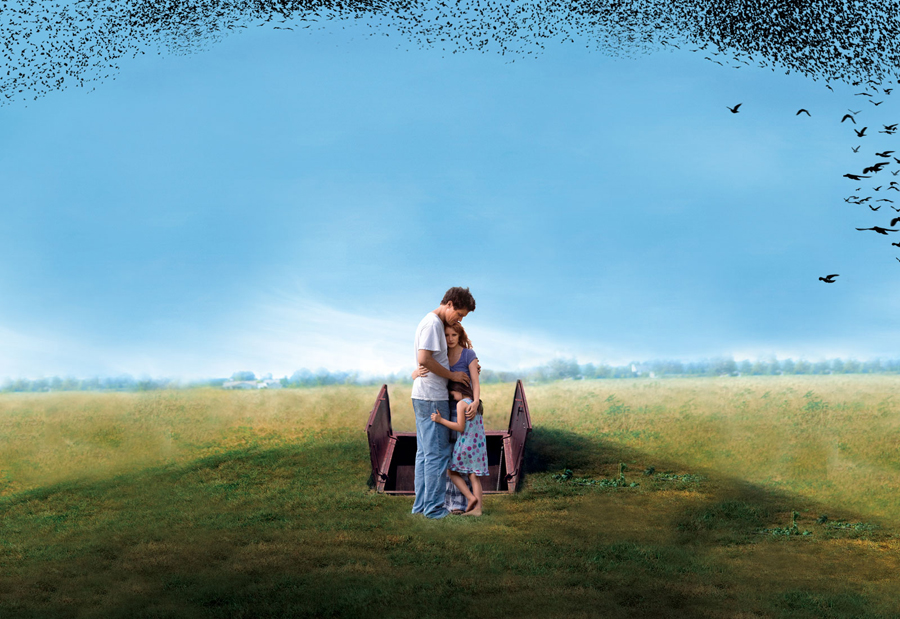 Previous post:
Listen To NAIL THE CROSS Music Festival’s Latest Mixtape Of Weirdo Pop And Dronal Dance Music Next Post:
“We Need To Talk About Kevin” Director Lynne Ramsay Speaks To BBC About Her Next Film: “Moby Dick” In Space