Tom Ford (one of my future husbands) just posted this brand new trailer on his Facebook page for his documentary profile on Oprah Winfrey’s OWN Network series Visionaries: Inside The Creative Mind.  Even though Ford has spent much of his life in the public eye, he is a notoriously private person, and he readily admits that it was difficult to allow the cameras to go so far “behind the seams” and catch him at his most candid (although I’m sure Tom Ford on his worst day is still better than most people on their best day).  Visionaries: Inside the Creative Mind with Tom Ford airs Sunday, October 23 at 8pm EST on the Oprah Winfrey Network.  I’ve attached the trailer below, and I never miss an opportunity to post the short video from one of 2010’s most buzzed about fashion events.  It took place inside Tom’s flagship Madison Avenue store on Sunday, September 12, 2010 and was a no-cameras-allowed show (except for his own).  The tickets were the most sought after of the year, but chances of finding them were zero anyway — the guests were each personally invited by Ford and it was A-list only.  For all things Tom Ford be sure to visit his website at TOMFORD.com or follow him on Facebook. 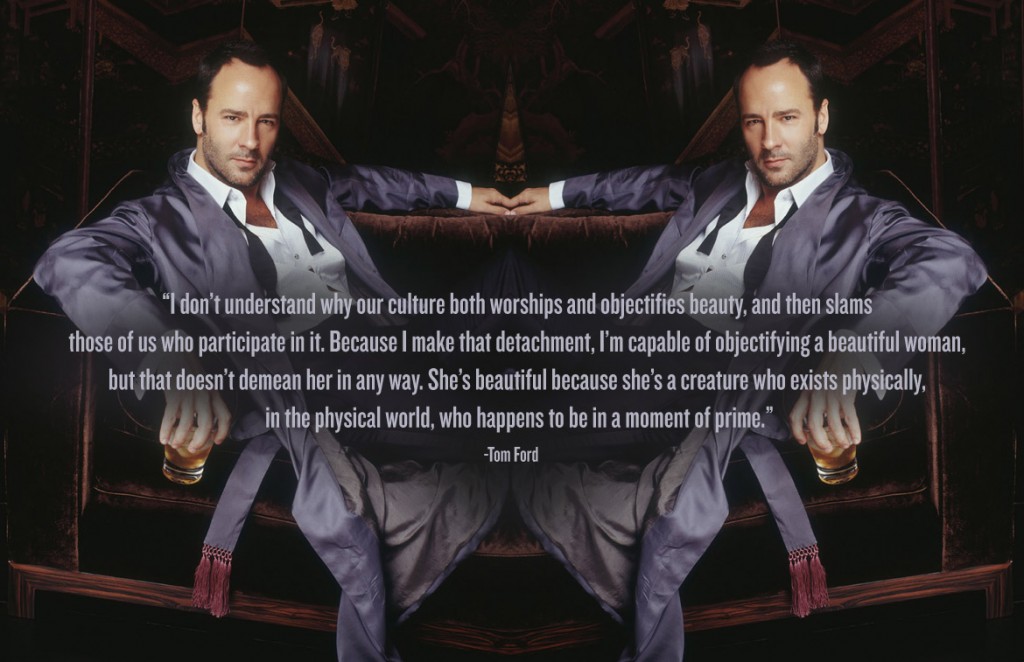