Brainwashing Cult Thriller “Martha, Marcy, May, Marlene” Being Hailed As The Best Film Of 2011

I’ve been anxiously anticipating the upcoming release of director Sean Durkin‘s latest film Martha, Marcy, May, Marlene ever since its hugely successful debut at this year’s Sundance Film Festival.  A dramatic thriller about a damaged woman plagued by painful memories and increasing paranoia as she struggles to re-assimilate with her family after fleeing an abusive cult, MMMM stars Elizabeth Olsen (younger sister of Mary Kate and Ashley) in what is being widely regarded as one of this year’s biggest breakout performances.  The film also co-stars the immensely talented John Hawkes who was nominated for an Academy Award for his performance in last year’s Winter’s Bone.  The Playlist, my most trusted source for all things cinema, recently ranked Martha, Marcy, May, Marlene as their number one favorite film of the year, but are the first to admit that the film’s deep, indie underdog status will likely translate into it being overlooked in this year’s Oscar race.  Regardless, I cannot wait to see it when it hits theaters on December 22, 2011.  For more information be sure to visit the film’s website at Fox Searchlight.  You can read The Playlist’s terrific list of Oscar frontrunners and favorites by CLICKING HERE. 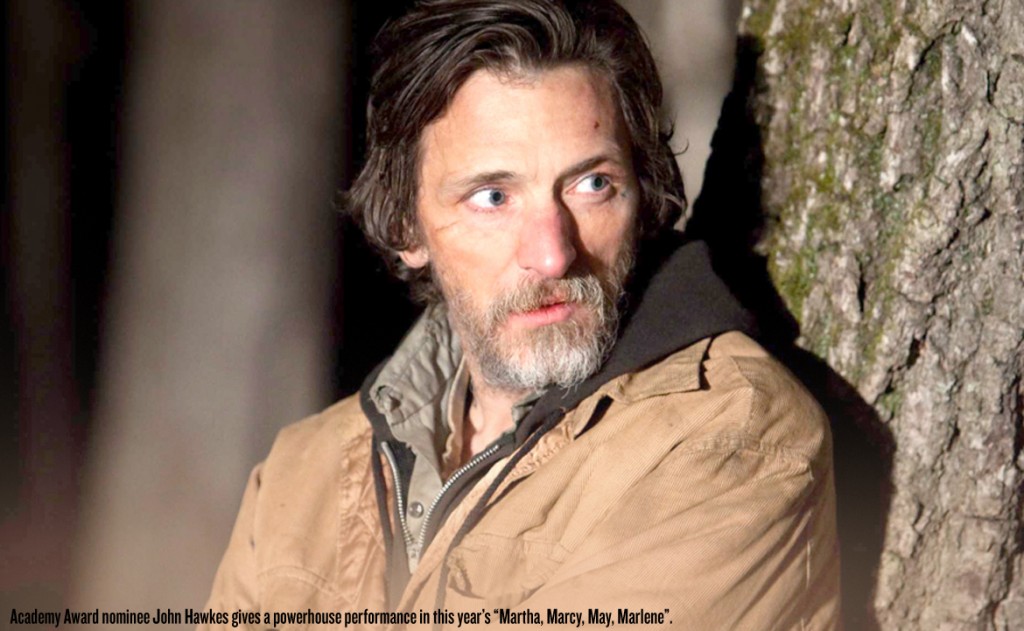