How Tchaikovsky’s Suppressed Homosexuality And Traumatic Years In The Closet Led To His Symphony No.4

The mornings I spend listening to CBC Radio 2′s “Tempo” (9:00am to 12:00pm EST), hosted by the amazingness that is Julie Nesrallah, are almost always the best mornings of my work week.  Which is exactly why I try and listen to it as often as possible.  The backstories and incredible angles with which she prefaces each of her song selections beautifully humanize classical music as well as the master creators as well.

Last week Julie told the story of Tchaikovsky‘s (1840-1893) time spent as a teacher and one of his young female students, Antonina. Antonina was infatuated with Tchaikovsky and desperately wanted in his pants, but there was one little problem: Tchaikovsky was gayer than Carson Kressley at a Barney’s half-off sale.  Tchaikovsky, however, was buried so deep in the closet it was more like a dark tunnel with no end.  Meanwhile, his overpowering father was pressuring him to get married.  Low and behold, Tchaikovsky gave in to Antonina’s advances and they eventually tied the knot.  The next big stress test came when Antonina tried to “Tchai” his “kovsky” and Mr. Genius wasn’t having any of it.  All lightheartedness aside, Tchaikovsky fell into a massive depression at the very same time he was gaining phenomenal fame and recognition.  He was honored by the Tsar, awarded a lifetime pension, and lauded in the concert halls of the world.  Around the peak of his deeply conflicted relationship with his wife, Tchaikovsky composed his Symphony No.4 (written between 1877-1878).  I’ve always believed that out of deep pain comes deep transformation, and listening to this Tchaikovsky symphony serves as a powerful example of the indelible human impulse to not just keep pushing on, but to use art as a therapeutic vehicle to better understand — and even bypass — the most challenging days of our lives and remind us that it always gets better.

To learn more about this Symphony CLICK HERE, and for the full life story of Tchaikovsky CLICK HERE.  You can listen to Julie Nesrallah’s “Tempo” every morning from 9am to 1pm EST by visiting CBC Radio 2.  You can also follow the amazingness that is Julie Nesrallah by visiting her website at JulieNesrallah.com, or follow “Tempo” on Twitter and Facebook.

SEE ALSO: This Bach Suite Is One Of The Most Beautiful Things I Have Ever Heard In My Entire Life 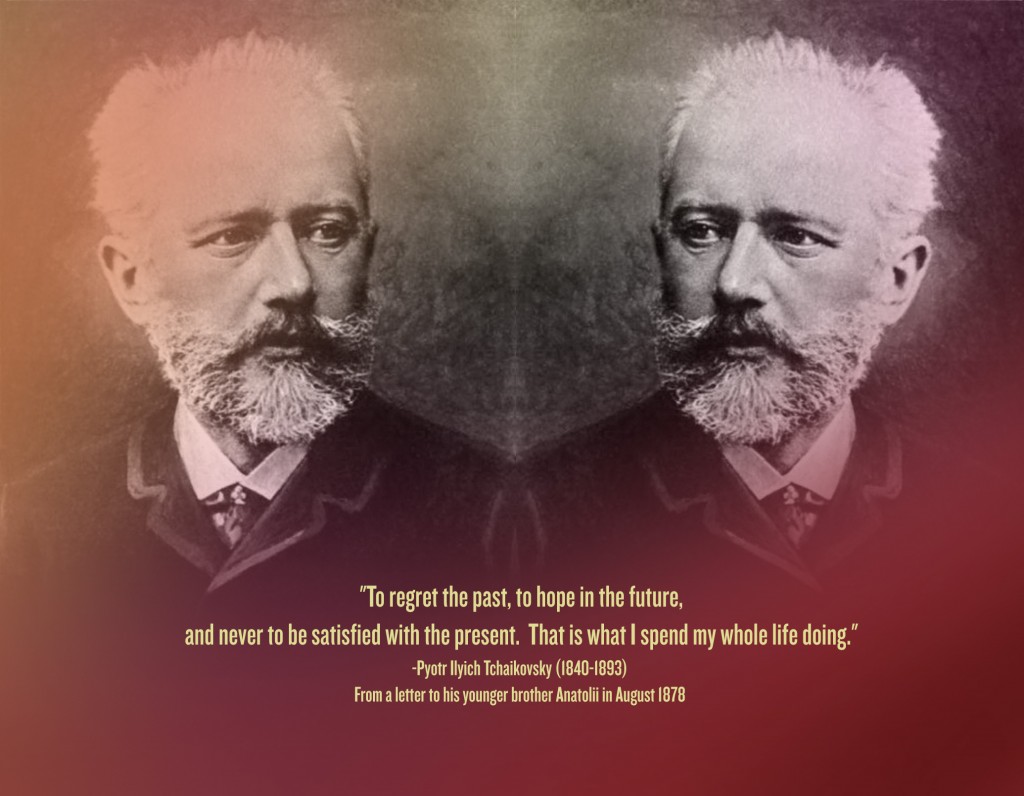