The first time I saw British actress Carey Mulligan in a film was 2009’s An Education.  The film itself did not exactly bowl me over, but Mulligan’s performance was so exceptional she received her very first Academy Award nomination for Best Actress.  Following this I was mesmerized by her portrayal of Kathy in 2010’s spellbinding Never Let Me Go.  And most recently I was blown away by Mulligan’s work — as well as the entire cast — of Drive, easily one of my favorite films of 2011.  Our next chance to see Mulligan work her magic is in Steve McQueen’s highly anticipated award-winning film SHAME which tells the story of her older thirty-something brother’s lost and lonely soul, and from all critical accounts the film is an unflinching and masterful analysis of sex addiction in the modern world.

Born in London on May 28, 1985, Mulligan moved with her parents and elder brother to Germany as her father was the European manager of the Intercontinental Hotel franchise.  For the next eight years she lived in some of the most expensive hotels in the continent and was known for being a fiercely shy tomboy as well as quite the academic.  Her love affair with acting was ignited one night when she watched her brother perform on stage in The King And I, and from then on she immersed herself in theatre, watching as many Broadway plays as she possibly could, and began her arduous climb up the ladder of professional thespian training.

In 2004, at the age of 18, Mulligan began her acting career by winning the role of Kitty Bennett in Pride & Prejudice, the 2005 period piece film adaptation of the Jane Austen novel. She received the role with help from her school’s headmistress, after Mulligan had written to her explaining that she did not want to go to university and asking for help in getting in touch with actor Julian Fellowes, who had spoken at Mulligan’s school. After she met Fellowes, he introduced her to a casting agent who was looking to cast an unknown in the film.  Later that year, she appeared in a recurring role in the BAFTA award-winning BBC adaption of Charles Dickens’ Bleak House, as orphan Ada Clare and onstage in The Hypochondriac.  Among her 2007 projects were My Boy Jack, starring Daniel Radcliffe that features her in a supporting role (Mulligan identified with her role Elsie, who vociferously opposes her brother going to war).  She also earned a Constellation Award for playing the main character Sally Sparrow in an episode of Doctor Who.  She rounded out 2007 by appearing in an acclaimed revival of The Seagull, in which she played Nina to Kristin Scott Thomas’ Arkadina and Chiwetel Ejiofor’s Trigorin.  In their feature profile of Mullian’s Seagull performance, VOGUE interviewed co-star Kristin Scott Thomas who praised Mulligan’s exceptional skill, “It was close to the knuckle being Arkadina to her Nina—she’s the next generation of young actress, and she’s fantastic: You have to be world-weary to play Chekhov, and she was able to conjure that up.” (You can read the entire feature at VOGUE).  The Daily Telegraph said her performance was “quite extraordinarily radiating.” and The Observer called her “almost unbearably affecting.”

For her debut Broadway performance in the 2008 American transfer of The Seagull, she was nominated for a Drama Desk Award, but lost to Angela Lansbury (not too shabby).  And at 22, she was cast in her first leading role as 16-year-old Jenny in the coming-of-age 2009 drama An Education, which got rave reviews and commissioned $26 million against a $7.5 million budget at the box office.  She received critical acclaim for her performance, with several of the most powerful entertainment journalists in the industry proclaiming her as the next great actress to watch.  Lisa Schwarzbaum of Entertainment Weekly and Todd McCarthy of Variety both compared her performance to that of Audrey Hepburn, and Rolling Stone‘s Peter Travers described her as having given a “sensational, starmaking performance.”  For her work, she garnered Golden Globe, Academy Award and Screen Actors Guild Awards nominations, as well as receiving a British Academy Film Award.

After being selected to join The Academy of Motion Picture Arts and Sciences by Oscar’s elite alumni, she won a British Independent Award for the aforementioned Never Let Me Go, an adaption of the 2005 Kazuo Ishiguro novel, which she starred in and narrated and was released in September 2010.  And script adjustments had to be made in order to accommodate Mulligan’s casting as Irene, which was originally written as a Latina woman in her late twenties, in the phenomenal neo-noir thriller Drive starring opposite Ryan Gosling (you must run to see this film while it’s still in theaters).  Like many people, I cannot wait to see Mulligan’s performance in Steve McQueen’s SHAME when it arrives in North American theaters smack dab in the middle of prime awards season territory on December 2.

SEE ALSO: “Never Let Me Go” Author Kazuo Ishiguro Thinks Writers Who Hate Film Remakes Should Get Over Themselves
SEE ALSO:  Steve McQueen’s “SHAME” Is A Stunning, Immaculate Film Dissecting The Anonymous Sex Life Of A Lonely Thirty-Something
SEE ALSO:  “Drive” Is One Of The Best Movies Of The Year (And The Music Is Pretty Damn Amazing Too) 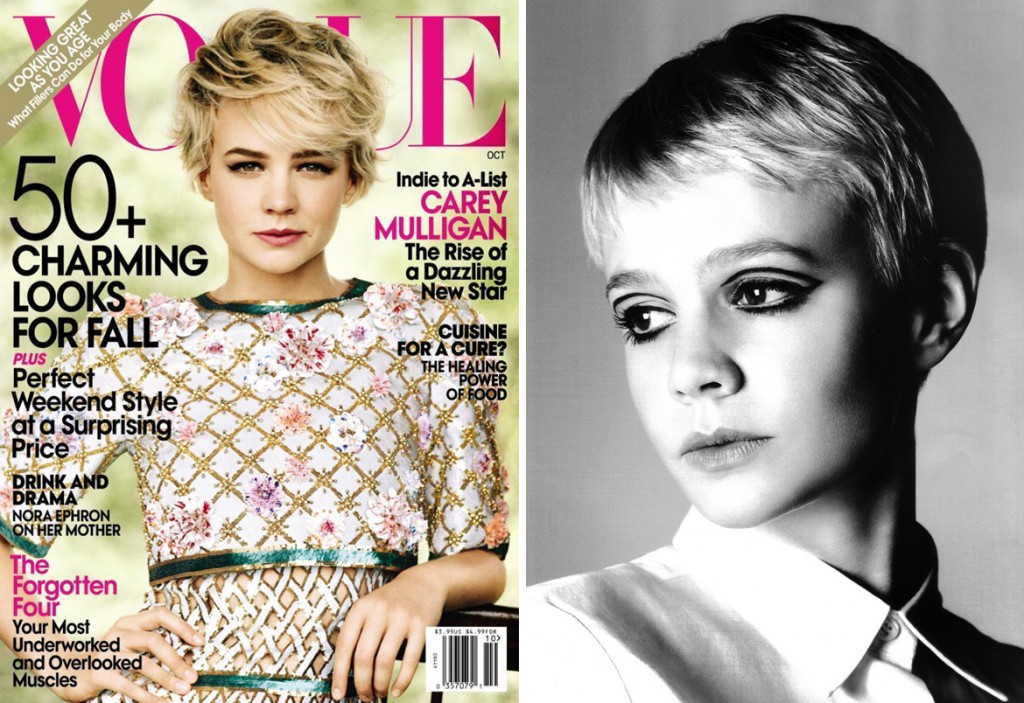 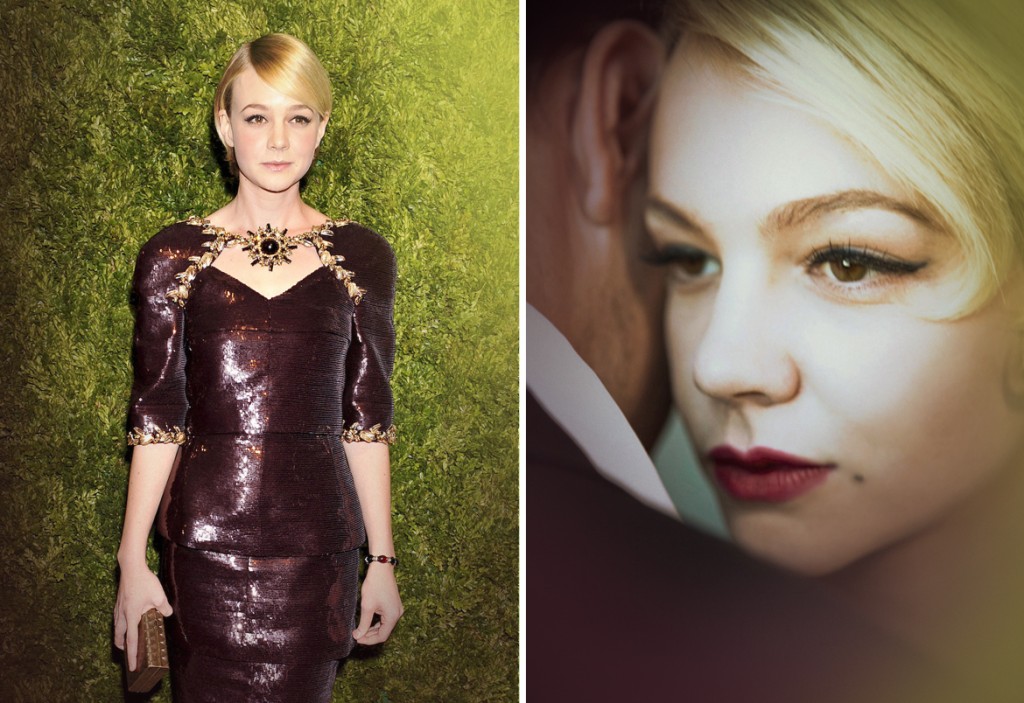 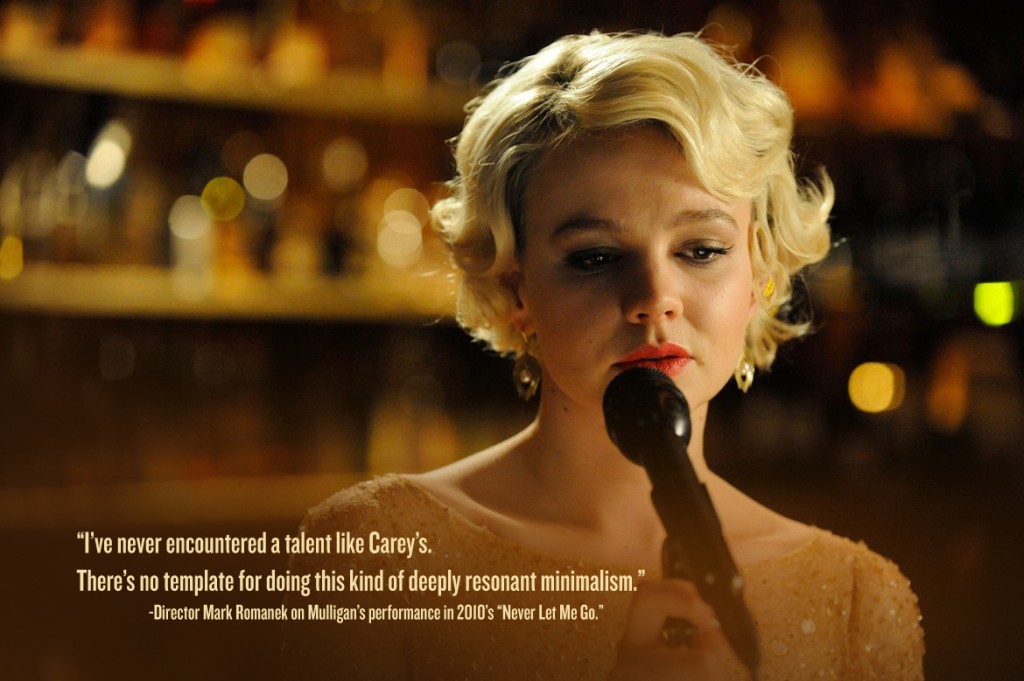