How Did The Fire Of Human Consciousness Ignite Itself? There Is A Good Chance We May Never Know

We all know that feeling of sitting by a camp fire, staring into its silky orange center, and being hypnotized by the magic and mystery of how it works.  We’ve long since unlocked the secrets of what makes fire tick: when enough oxygen and heat combine with the fuel source, ignition occurs. Once the initial heat source has ignited the fire, the flame generates its own heat for combustion, and oxidation continues in a chain reaction. The fire will burn until one or more of the necessary components is exhausted or removed.  But there is one mystery out there that has yet to be solved — perhaps the most elusive mystery in the universe — the inner mechanics of which are so infinitely complex they make the understanding of fire look like the stuff of ants.  We’re referring of course to the origins and inner workings of human consciousness, and the long road we still have to travel in our attempt to unlock its secrets.  Even though we’re still scratching at the mere lower slopes of the most epic scientific and philosophical jigsaw puzzle of all time, we have nonetheless scratched ourselves ever so slightly closer to an understanding of how the fire of human consciousness began.  In his latest essay entitled “The Mystery Of Consciousness”, acclaimed author, neuroscientist, and philosopher Sam Harris provides the reader with an elegant and comprehensive “let’s take a look at how far we’ve come and how far we have yet to go” analysis of our search for answers.  The following is an excerpt from the essay:

The problem, however, is that no evidence for consciousness exists in the physical world.⁠[6]  Physical events are simply mute as to whether it is “like something” to be what they are. The only thing in this universe that attests to the existence of consciousness is consciousness itself; the only clue to subjectivity, as such, is subjectivity. Absolutely nothing about a brain, when surveyed as a physical system, suggests that it is a locus of experience. Were we not already brimming with consciousness ourselves, we would find no evidence of it in the physical universe—nor would we have any notion of the many experiential states that it gives rise to. The painfulness of pain, for instance, puts in an appearance only in consciousness. And no description of C-fibers or pain-avoiding behavior will bring the subjective reality into view.

If we look for consciousness in the physical world, all we find are increasingly complex systems giving rise to increasingly complex behavior—which may or may not be attended by consciousness.  The fact that the behavior of our fellow human beings persuades us that they are (more or less) conscious does not get us any closer to linking consciousness to physical events.  Is a starfish conscious? A scientific account of the emergence of consciousness would answer this question. And it seems clear that we will not make any progress by drawing analogies between starfish behavior and our own. It is only in the presence of animals sufficiently like ourselves that our intuitions about (and attributions of) consciousness begin to crystallize. Is there “something that it is like” to be a cocker spaniel? Does it feel its pains and pleasures? Surely it must. How do we know? Behavior, analogy, parsimony.⁠[7]

Most scientists are confident that consciousness emerges from unconscious complexity. We have compelling reasons for believing this, because the only signs of consciousness we see in the universe are found in evolved organisms like ourselves. Nevertheless, this notion of emergence strikes me as nothing more than a restatement of a miracle. To say that consciousness emerged at some point in the evolution of life doesn’t give us an inkling of how it could emerge from unconscious processes, even in principle.

If there’s one thing we’ve learned from our adolescent performances in such profoundly complex theaters as quantum physics, it’s that each time we fumble through the dark and manage to stick a key in a lock and open a door, we’re often faced with a hundred more doors.  If we do ever manage to discover the origins and secrets of human consciousness it most certainly will not happen in my lifetime. What’s more, there are certain answers in this universe that human beings will never have access too.  And this may very well be one of them.  You can read the entire essay by visiting Sam’s website at SamHarris.org.  And for links to all FEELguide posts related to Sam Harris you can CLICK HERE. 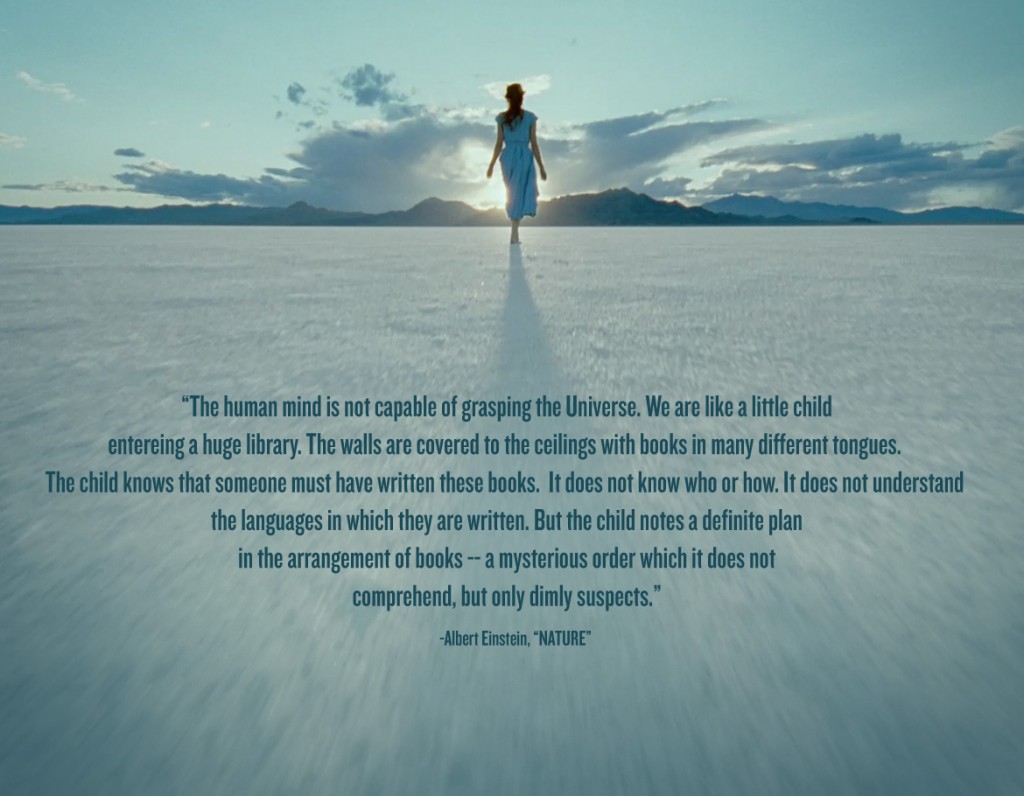