Cemeteries are endlessly fascinating to me, not only because they serve as our very first public parks which eventually led to a broader sense of purpose and understanding of green space design in urban environments, but also for the profound sense of both memory and mystery which they so powerfully imbue.  One of my all-time most favorite pastimes in Montreal is a sunny stroll through the Mont Royal Cemetery, one of Canada’s most impressive cemeteries (“Ummm, helloooo NatGeo, how did it not make your list?”).  Some people may find them to be foreboding, but in my eyes there’s nothing more captivating — and even relaxing — than a couple of hours twisting through the history and beauty of these misunderstood gems.  Even though Mont Royal didn’t make the cut, here’s National Geographic’s ranking of the world’s top ten most extraordinary, must-see cemeteries:

#1. Père-Lachaise, Paris, France:  In the 20th arrondissement, this archetype for rural cemeteries opened in 1804. Parisians jog on winding paths, groupies crusade to Jim Morrison’s grave, and admirers leave lipstick kisses on Oscar Wilde’s tomb, which features an Egyptian-style depiction of a man in flight.

#2. Merry Cemetery, Romania:  Tucked behind Sapanta’s Church of the Assumption, ornately carved oak crosses mark each of the countryside plot’s 900-plus graves; art and poetry tell quirky tales of the dead. In an epitaph for a lifelong boozer, a posthumous request: “Leave a little wine.”

#4. Forest Lawn, Los Angeles, California:  Hollywood Hills, overlooking top Tinseltown studios, serve as a resting place for its glitziest stars, from Bette Davis to Liberace. Many tombs are surprisingly staid (at nearby Glendale, Michael Jackson’s is hidden), but a Venetian glass mosaic ups the razzle-dazzle.

#5. La Recoleta Cemetery, Buenos Aires, Argentina:  At this exclusive graveyard, visitors beeline to Eva Perón’s tomb (under her maiden name, Duarte). Among large stone angels and carved mausoleums stands the heart-wrenching sculpture of a bride who died in an avalanche on her honeymoon.

#6. Xoxocotlan, Oaxaca, Mexico: Crowded around an ancient, crumbling chapel, the rickety headstones in this old graveyard outside of Oaxaca can be difficult to walk between—especially during Day of the Dead celebrations. Revelers begin with a vigil the night of October 31, when the departed are feted with altars, candles, and marigold petals. Six blocks away, a carnival-like atmosphere pervades the Panteon Nuevo, or new cemetery, with picnicking families, strolling musicians, and vendors selling pan de muerto (bread of the dead) from tents.

#7. Mount Auburn, Cambridge, Massachusetts:  The roster of distinguished Americans interred here—Mary Baker Eddy, Henry Wadsworth Longfellow, and Winslow Homer, to name a few—is impressive, but this tranquil swath of rolling hills, majestic maple and oak trees, and formal gardens outside of Boston remains true to its mission to be a place for the living. Founded in 1831, it was the first landscaped expanse open to the public, ultimately leading to the birth of the U.S. park system.

#8. Old Jewish Cemetery, Prague, Czech Republic:  Some 12,000 tombstones, ranging from Gothic to rococo, are wedged into this city block–size graveyard that dates from the 15th century. Symbols adorn the graves, such as the lion etched on the tomb of Judah Loew Ben Bezalel, the chief rabbi of Prague in the 16th century who, according to legend, made a golem out of clay to protect the city’s Jewish community.

#9. Lone Fir Cemetery in Portland, Oregon:  Roaming this natural landscape—one of the few cemeteries that allows the planting of a tree or garden to commemorate the dearly departed—is like the turning the pages of a Portland history book. You’ll find graves of pioneers; Block 14, a memorial in the works for the Chinese immigrants who helped build the city; and crypts of captains of industry, like the imposing Gothic-style MacLeay family mausoleum.

#10. Green-Wood Cemetery, Brooklyn, New York:  From Louis Comfort Tiffany to Jean-Michel Basquiat, many of the names etched into the tombstones, granite monuments, and brownstone mausoleums here read like Page Six of the New York Post. But the real attraction of this 478-acre oasis in Greenwood Heights is the parklike setting with glacial ponds, a Gothic Revival entrance gate circa 1861, and the Manhattan skyline peeking through the century-old trees.

To learn more about the history of the cemetery and its place as the earliest precursor to public parks as we know them, be sure to visit this March, 2011 FEELguide post: Our First Public Parks: The Forgotten History of Cemeteries.  And for more from National Geographic be sure to visit them at NationalGeographic.com.  If this is up your alley, you might get a kick out of this brilliant home design I discovered recently which is situated within a stunning Victorian cemetery in London.  To read more and see the photos CLICK HERE. 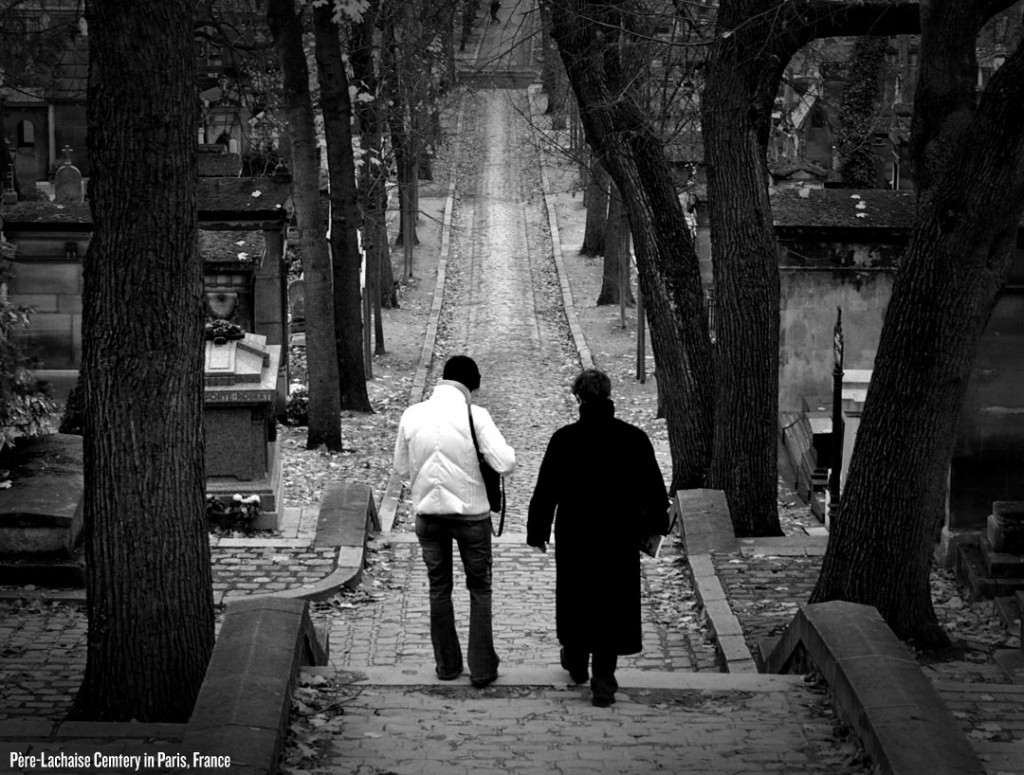 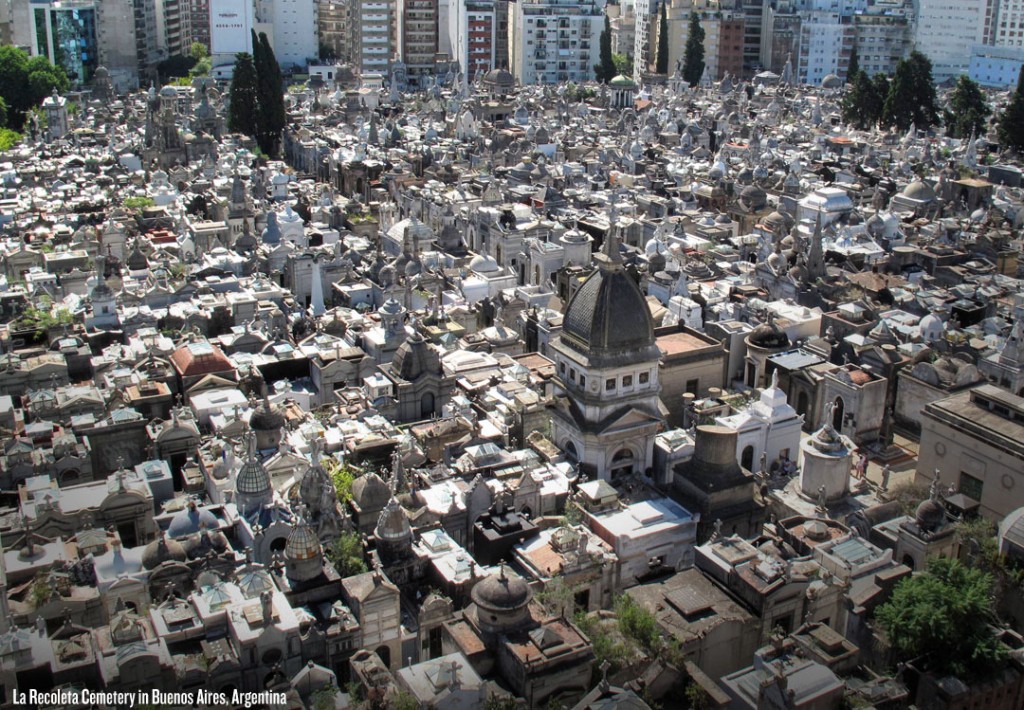 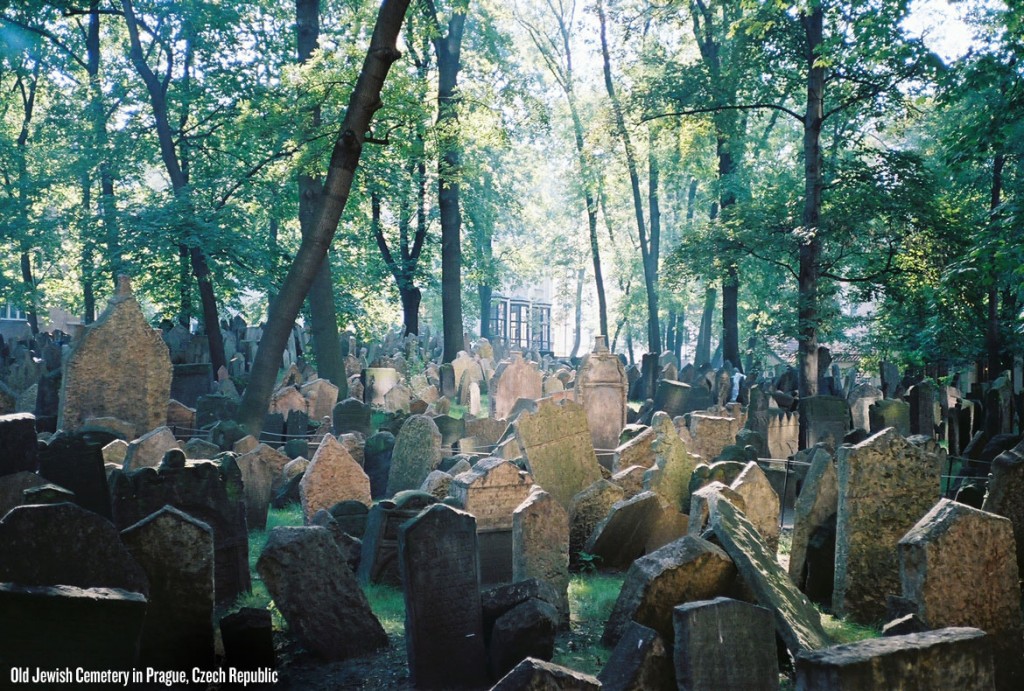