The “Villa Rotunda” In The Netherlands Is The Ultimate Example Of Elegance, Privacy, And Ambience In An Urban Fabric

My latest residential architecture love affair is courtesy of Dutch firm Bedaux de Brouwer Architecture and their incredible “Villa Rotunda” single family dwelling design.  With privacy and security as the top priorities, the design of Villa Rotunda is an incredibly thoughtful response to the home’s site which is positioned close to a nearby roadway roundabout in the Netherlands, with its permiter walls carving out a carefully considered introspective atmosphere both inside and out.  The home’s stone gable roof and vernacular style was also maintained as per the zoning requirements of the local residential fabric.  Water plays a significant role in the overall scheme with a surrounding shallow pool serving as a central feature, allowing fish to swim in and around the open-air court as well as the void betwen the masonry walls. The sealed off front elevation is contrasted with the glass rear facade which not only allows ambient light to enter the entire home, but also provides exceptional views outwards to the private garden.  Looking at the following images, one would never guess that Villa Rotunda is situated in such a densely-populated urban area.  Amazingness.  All images courtesy of Michael Kievits. 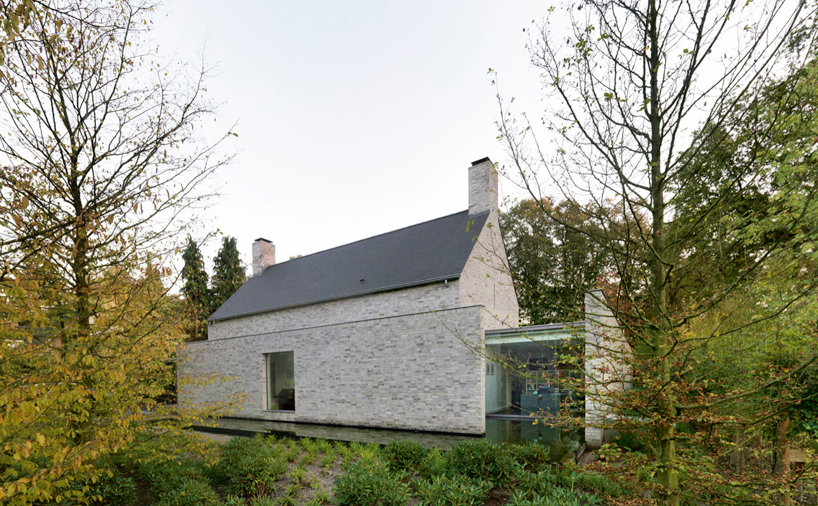 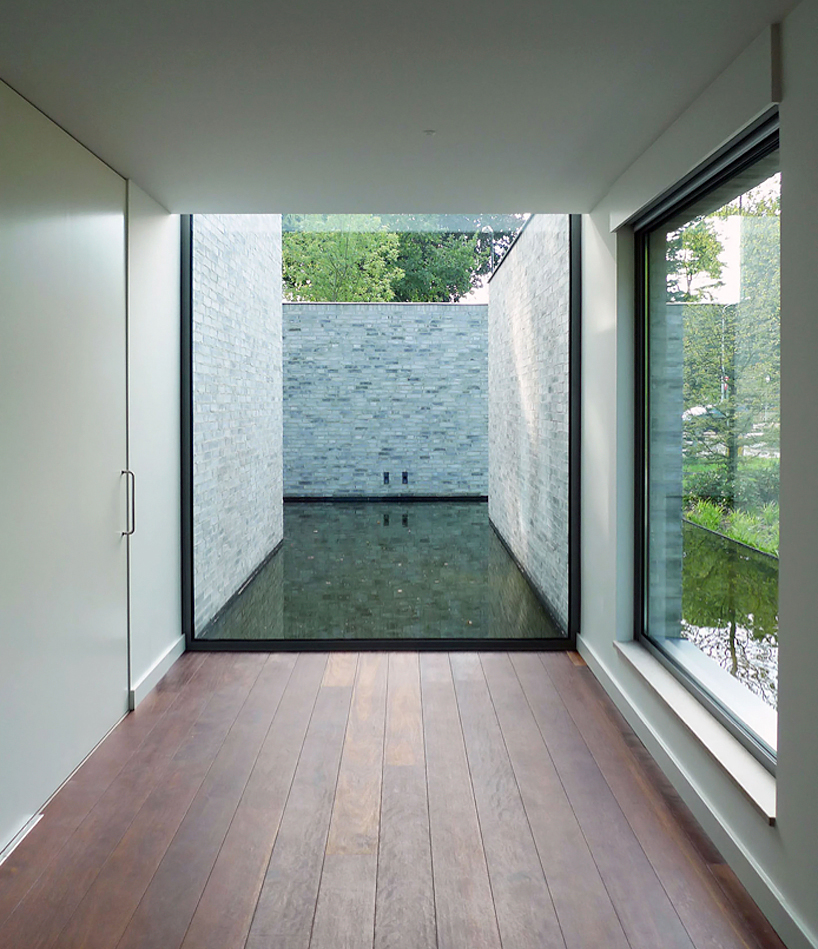 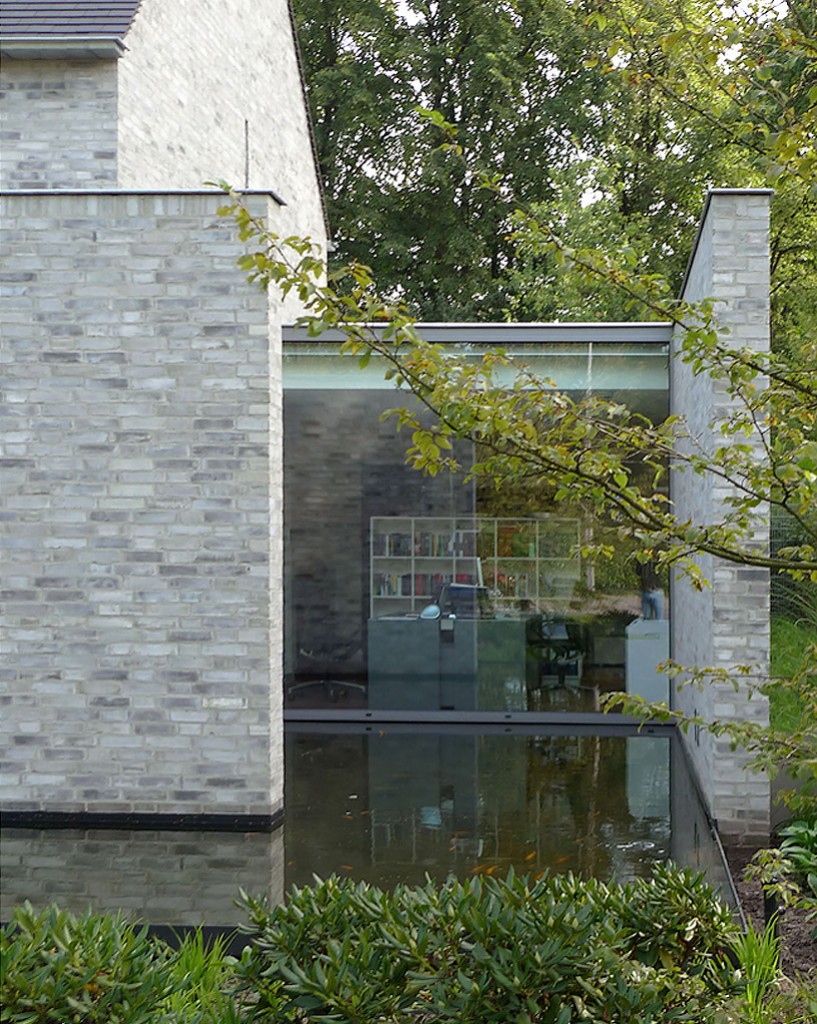 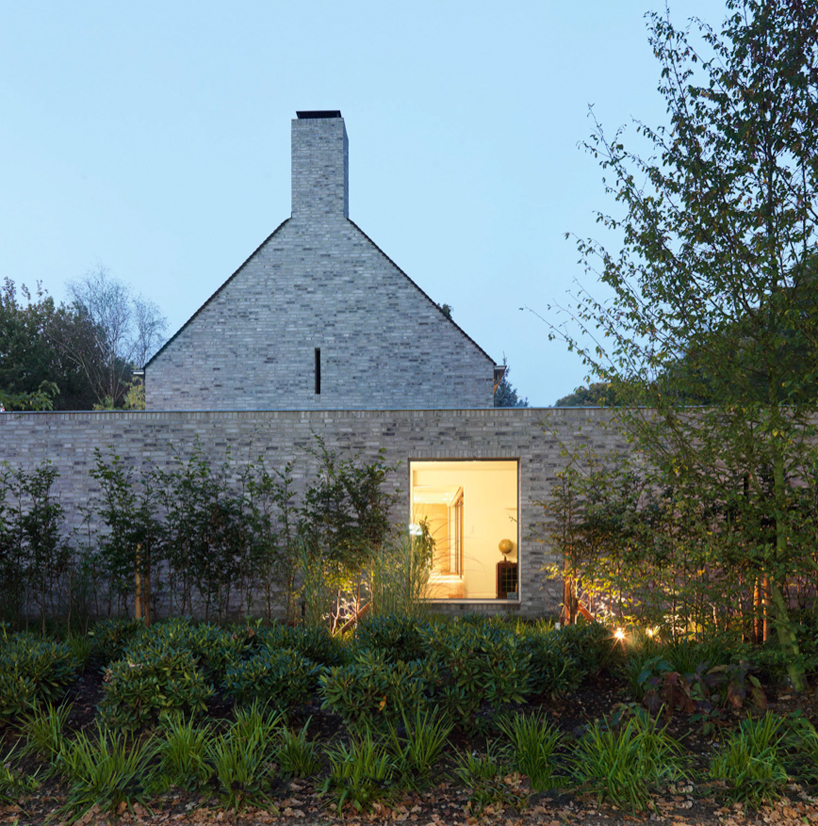 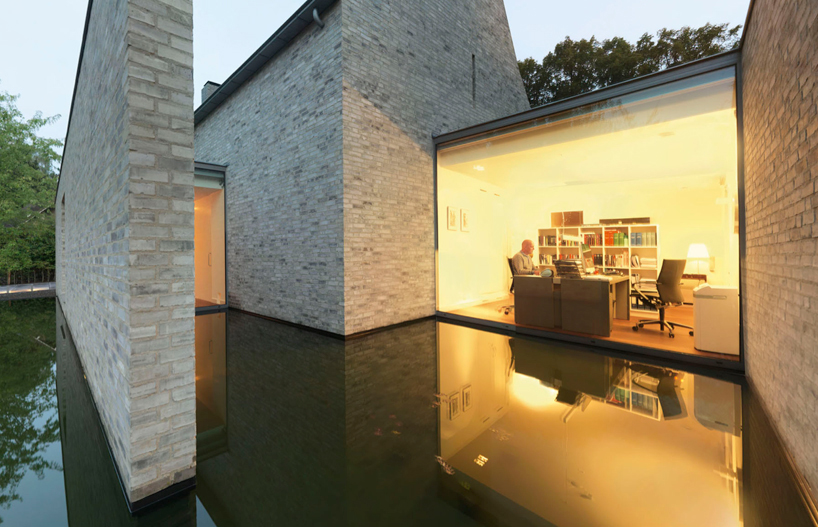 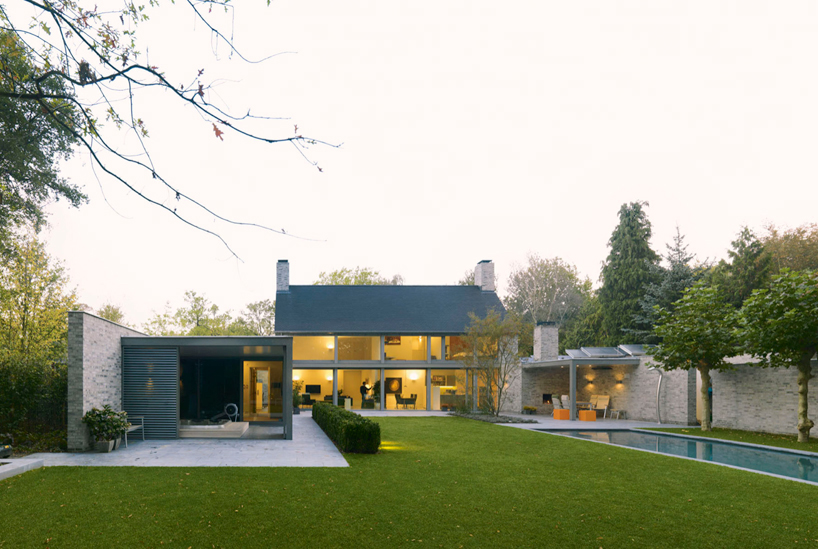 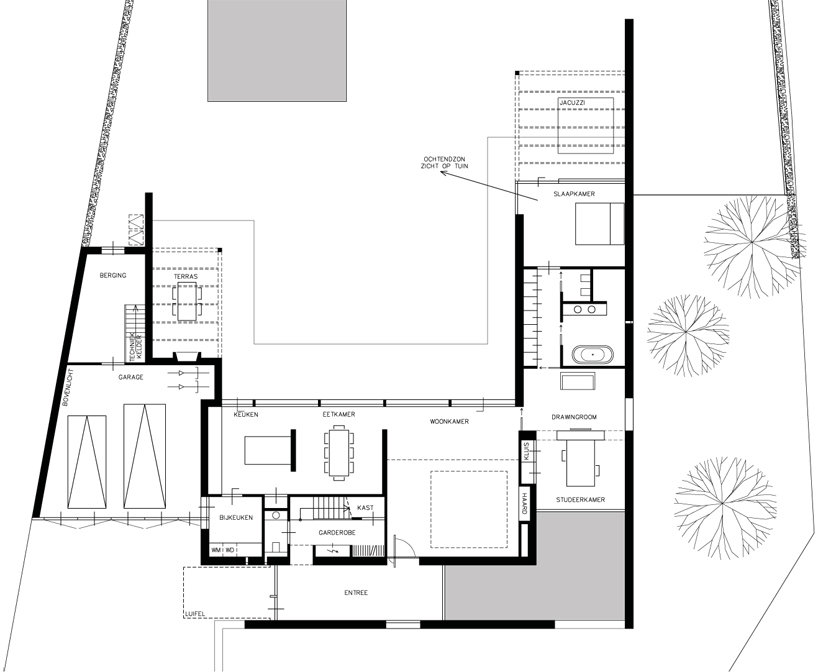