I’m loving the music of  WALLS right now, the collaborative duo of Alessio Natalizia (of Banjo or Freakout) and producer Sam Willis.  Their self-titled debut album blew everyone away, including Mojo, which named the release the Best Electronic Album of the Year.  In a recent interview with DUMMY, Willis notes, “Quite a bit is made of the fact that Alessio’s the indie guy and I’m the dance guy. The truth is always a bit more complicated. We both love Kompakt Records, although I’ve been a DJ since I was eighteen and he’s played guitar since he was eight…I think, hopefully, we’re kind of able to just cut through the crap a bit. That’s how we try to live our lives.”  The entire DUMMY interview is a great read and you can get some of the backstory to how these two guys came together in the first place, as well as details on their latest collaborative effort (to read it in full CLICK HERE).  To pick up your own copy of their latest album Coracle, as well as their self-titled album WALLS (released in April of 2010) simply head over to iTunes.   You can also follow WALLS on Facebook, MySpace, Tumblr, and Twitter.  Take a listen to WALLS’ very first beautiful single from Coracle below entitled “Sunporch”. 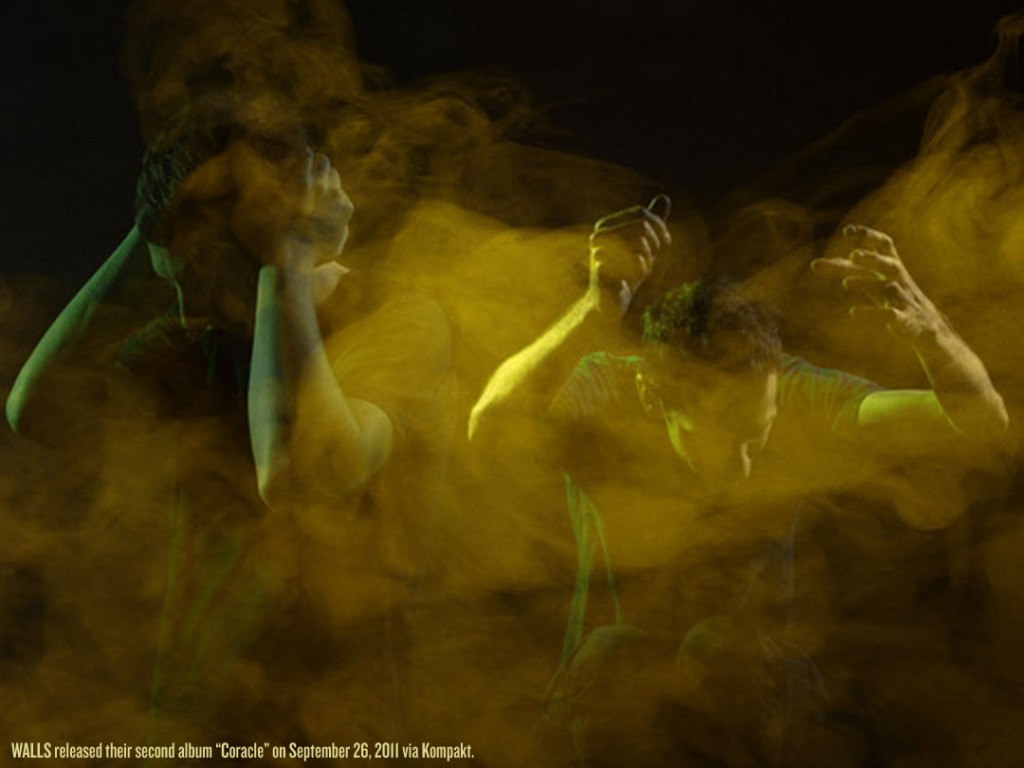